Home security video shows a pair of SUVs suddenly burst into flames, followed by a series of small explosions. 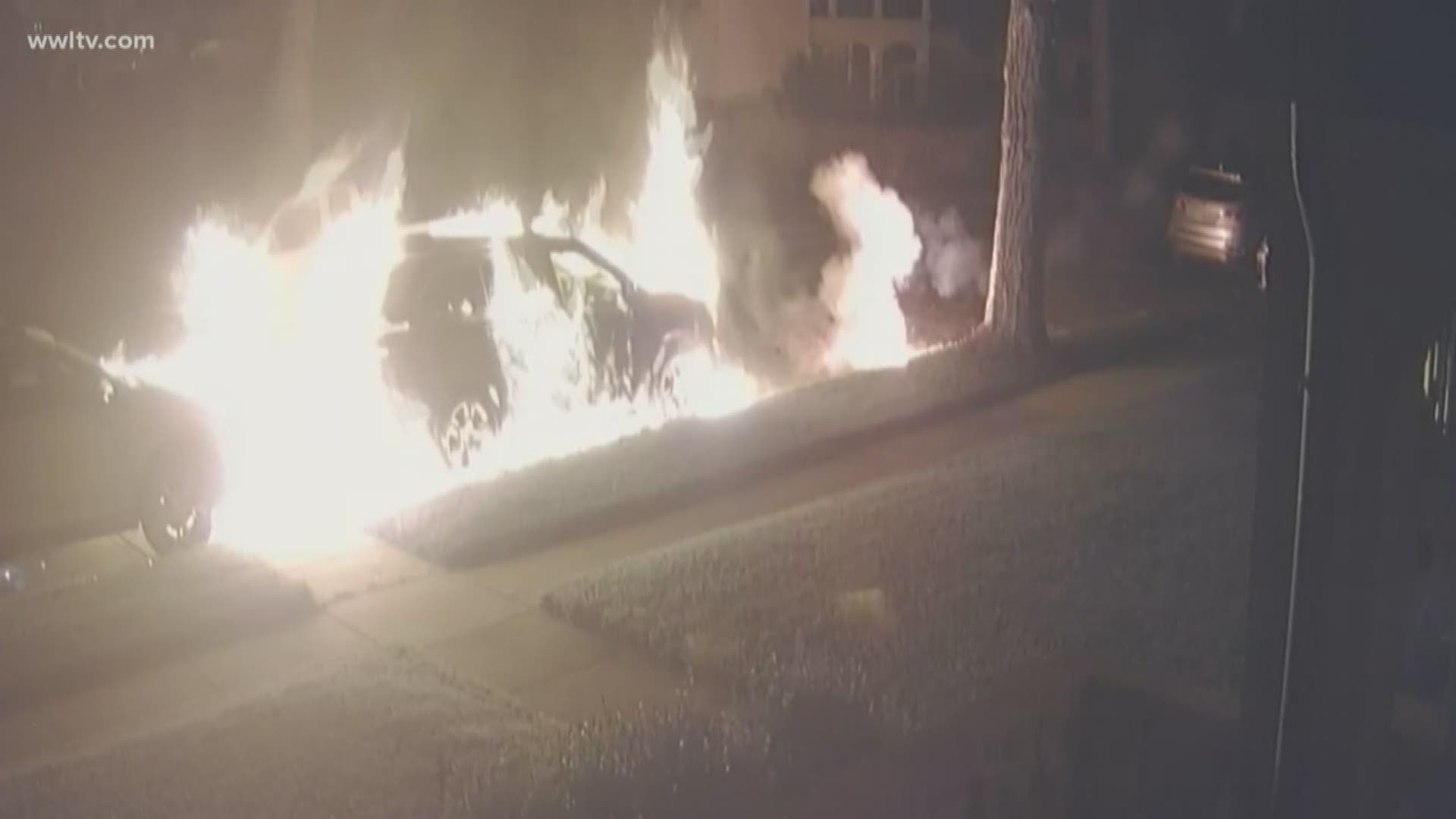 NEW ORLEANS — Someone set two vehicles on fire in a Lakeview neighborhood last week in an explosive moment caught on camera.

The man fires what appears to be a flare at one of the cars, soaked in gasoline, blowing it and another nearby vehicle up.

Home security video shows a pair of SUVs suddenly burst into flames, followed by a series of small explosions.

Neighbor Quinn Eagan heard a loud boom, ran out of his house and found the vehicles on fire.

"I grabbed the neighbors garden hose over here and just started trying to put it out and then when the thing started exploding, I hid behind the tree over here and kept spraying and just realized it’s futile," Eagan said.

The video also shows a man firing what appeared to be a flare gun at the vehicles, starting the fire.

"It shows the cars just blowing up, engulfed in flames with a perpetrator coming down the street this way, standing about 15 feet away and shooting some kind of object at the car and you just see the explosion," Eagan said.

Wednesday, the charred vehicles were still on the street where they caught fire more than a week ago. A small red gas container remained on the hood of one of the vehicles.

"The guy had poured gasoline all over the top of car and both cars were fully engaged," Eagan said.

New Orleans Police are investigating the crime as simple criminal damage to property.

So far, there have been no arrests, but multiple neighbors tell WWL-TV, the vehicle owner may know the person who did this.

The New Orleans Fire Department is also looking into the suspicious vehicle fires. A spokesman for the fire department confirms an arson investigation is open and active.

Neighbors are relieved the fire didn't spread to any nearby homes.

"The flames were up in those trees," Eagan said. "They were worried it could go and catch a house on fire."

Investigators may have an idea who the suspect is. If the case is moved forward, he could be charged with simple arson, a felony.

Investigators are urging anybody with information about the incident to call Crimestoppers at 504-822-1111.