Toney is captured on camera striking the cyclists, then fleeing on foot after crashing his car. 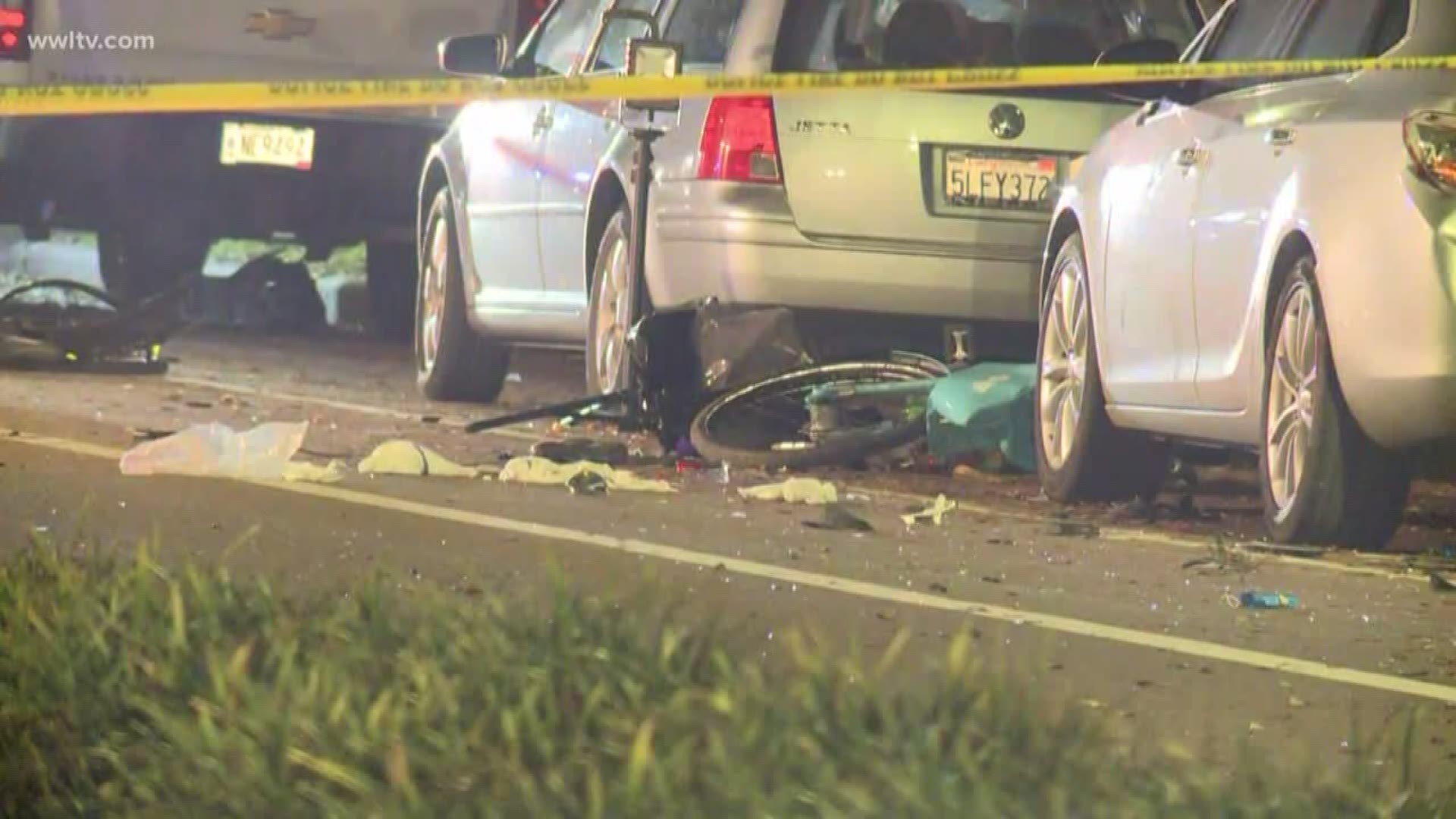 You see a group of cyclists riding in the bike lane, heading toward the French Quarter.

Then, out of nowhere, a black Camaro, driven by Tashonty Toney,  flies down the street going about 80 miles per hour.

Toney, 32, just misses one biker, hits several cars, then crashes into the other riders.

Sophie Harris Vorhoff was in the group.

"What struck me watching the video was you see Sharree in the back of the group riding sort of slowly she was the least comfortable on a bike for sure," Vorhoff said. "You see her at the back of the pack being careful and she's gone and David is gone too. That's heartbreaking in every way."

Sharree Walls, 27, of New Orleans, and David Hynes, 31 of Seattle, were killed. Vorhoff and six other cyclists were seriously injured.

Toney kept going after he hit the cyclists. He did didn't stop until he crashed into the neutral ground and took off running.

Toney had a blood alcohol concentration of .20, nearly three times the legal limit.

"Here you get to see the criminal activity of Mr. Toney, coupled with the fact that not only does he cause the accident, cause the deaths, cause the serious injuries that occurred, but when he finally can't go any further, he can't do any more damage with his vehicle, he runs," Foret said.

Foret added in criminal cases very rarely to you have video of the incident.

"You can read a police report and it can say that the defendant was traveling at an excessive rate of speed down Esplanade Avenue, but when you see that in video, it brings a whole different reality and perception to it," Foret said. "This is tragic."

Vorhoff says what happened that night, captured on video, points to the need for protected bike lanes and safer streets for everyone.

"We can take proactive steps to prevent this from happening again and continuing to happen," Vorhoff said.

Vorhoff, who is the Executive Director of the Friends of the Lafitte Greenway, is calling for a connected network of bike lanes in the city protected from car traffic, more public transportation options and better DWI enforcement.

"People should not be driving drunk and we also have only limited ability to prevent people from making bad decisions," Vorhoff said.

Toney will likely spend the rest of his life in prison.

Those who survived the crash remain haunted by the horror and the heartbreak of his actions.

"I had 20 broken bones, everywhere," Vorhoff said. "I am very, very lucky to be alive."