A video of what appears to be part of the arrest has been making waves on social media, because some say it is proof that a deputy planted evidence. 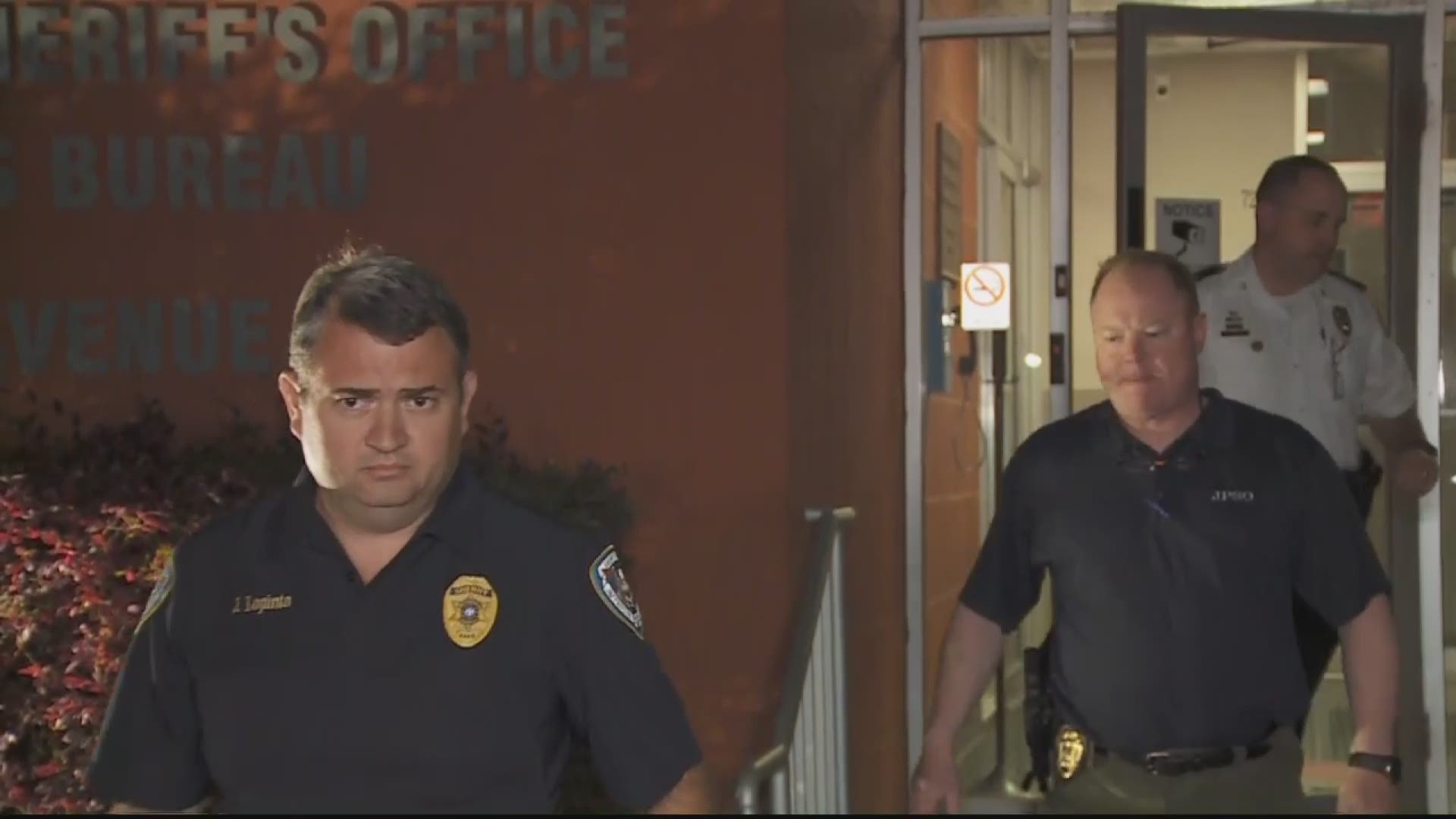 At a press conference, Lopinto explained that his office's investigation found that everybody's stories lined up – even the suspect facing multiple charges.

Here are the facts:

On March 16, deputies responded to a call about a man possibly selling drugs in Bridge City, across the Mississippi River from Metairie.

When they went by the intersection of 4th Street and Westwego Avenue around 3 p.m., the deputies spotted a man who "fit the caller's exact description," according to a JPSO statement.

Authorities said the man, later identified as Dominique Griffin, resisted their attempts to investigate, and they arrested him. According to the JPSO, he bit one of the deputies while they were investigating.

The deputy was treated at a hospital and released. Griffin was arrested.

What's in the video?

A video of what appears to be part of the arrest has been making waves on social media, because some say it is proof that a deputy planted evidence.

In the footage, a deputy is seen kneeling next to Griffin. He puts his left hand to the dirt, and brings it to his other hand, near his stomach. The deputy is then seen putting down what appears to be a packet filled with a white substance.

As a witness off-screen points out the incident, the deputy then picks up the packet and another one next to it.

Then, the woman heard in the video begins saying somebody is recording, and the deputy stands up and moves towards the camera. The person behind the camera runs away towards a house, with the camera's view bouncing on a lawn for several seconds before the video ends.

In a statement released the day after the man was arrested, JPSO spokesman Jason Rivarde told WWL-TV and other media outlets that the matter was under investigation.

"Our on-scene deputies have been interviewed in this matter and gave reasonable explanations to the actions depicted in the video," Rivarde said in the statement. "We will further investigate this matter with anyone that has any direct knowledge of the incident."

Lopinto said internal investigators interviewed all four deputies involved in the arrest, as well as the suspect, Dominique Griffin.

All of them, including Griffon, told investigators the deputy had taken the bags seen in the video from Griffon's pocket sometime before the camera started rolling.

"Even the suspect said he had possession of those pills," Lopinto said. While initial testing on the bags came back negative for narcotics, further chemical testing at JPSO's crime lab came back positive for meth.

A warrant for Griffin's cell phone also showed specific details tying him to the evidence found during the arrest, and multiple messages related to drug sales.

Lopinto said Griffin was "remorseful" to both the deputy accused of planting evidence and the deputy he bit.

The sheriff thanked Griffin for "owning up to his mistakes" during the investigation.

RELATED: Mardi Gras may have been the perfect breeding ground for coronavirus, experts say