The New Orleans Police Department says the suspect pointed a gun at the other driver and was able to escape back to the grey sedan. 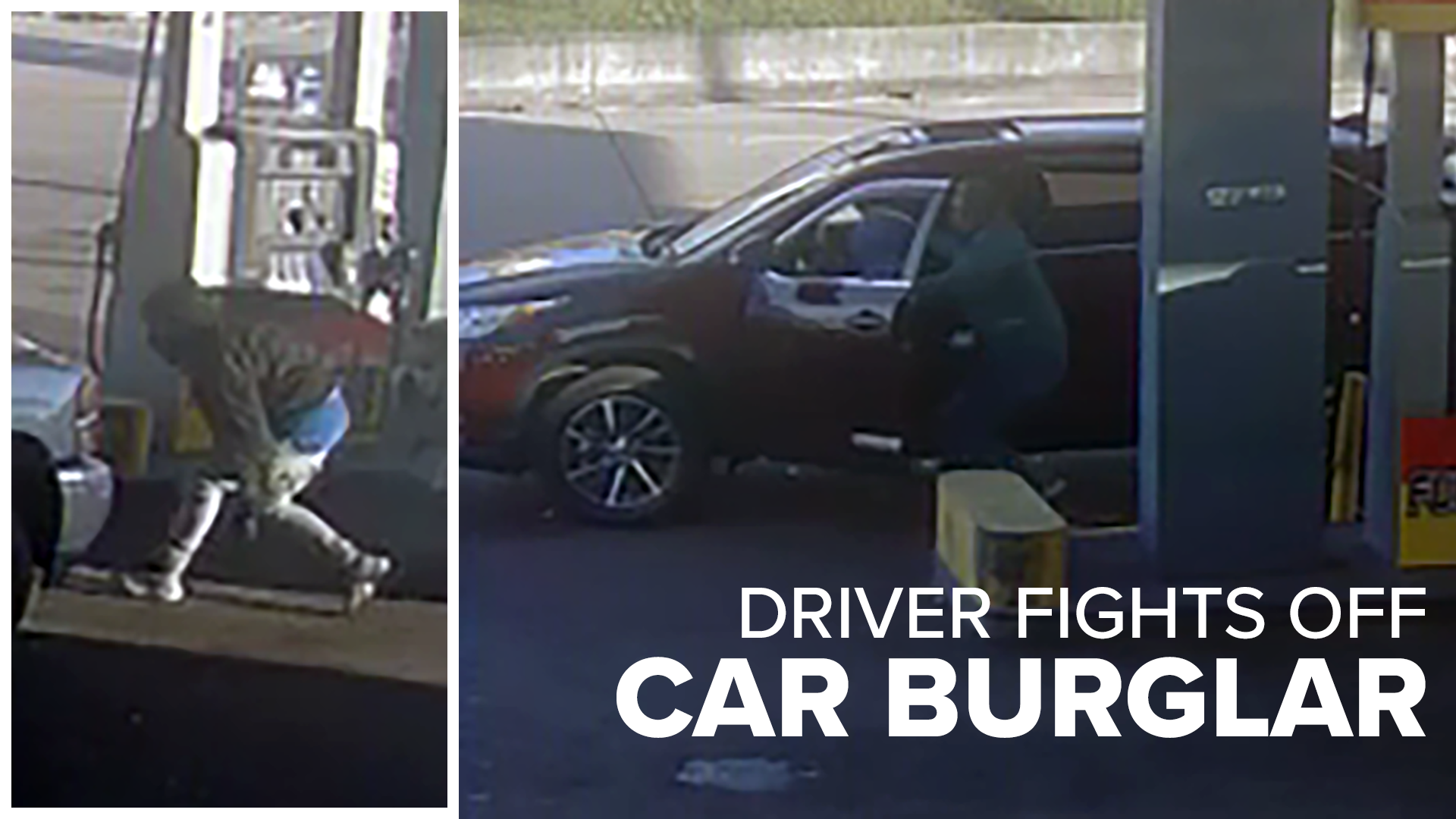 Security video captured the incident which happened around 7:37 a.m. in the 7200 block of Hayne Boulevard.

The video shows one suspect getting out of a grey colored sedan and sneaking up to another car that was being fueled. When the driver of the second vehicle saw the suspect get into the driver’s seat, he tackled him inside the car and a fight ensued.

The New Orleans Police Department says the suspect pointed a gun at the other driver and was able to escape back to the grey sedan. The car then drove off down Hayne Boulevard.

The NOPD said the suspects are also being investigated as possible perpetrators of a car burglary on Nov. 11 in the 1400 block of Gardena Drive.

Anyone with information about this incident is asked to call the NOPD Seventh District Detectives at 504-658-6070. Residents can also report information anonymously to Crimestoppers at 504-822-1111.