According to the witnesses, the man got out of the wrecked car and began shooting at the pursuing deputies. He then escaped on foot. 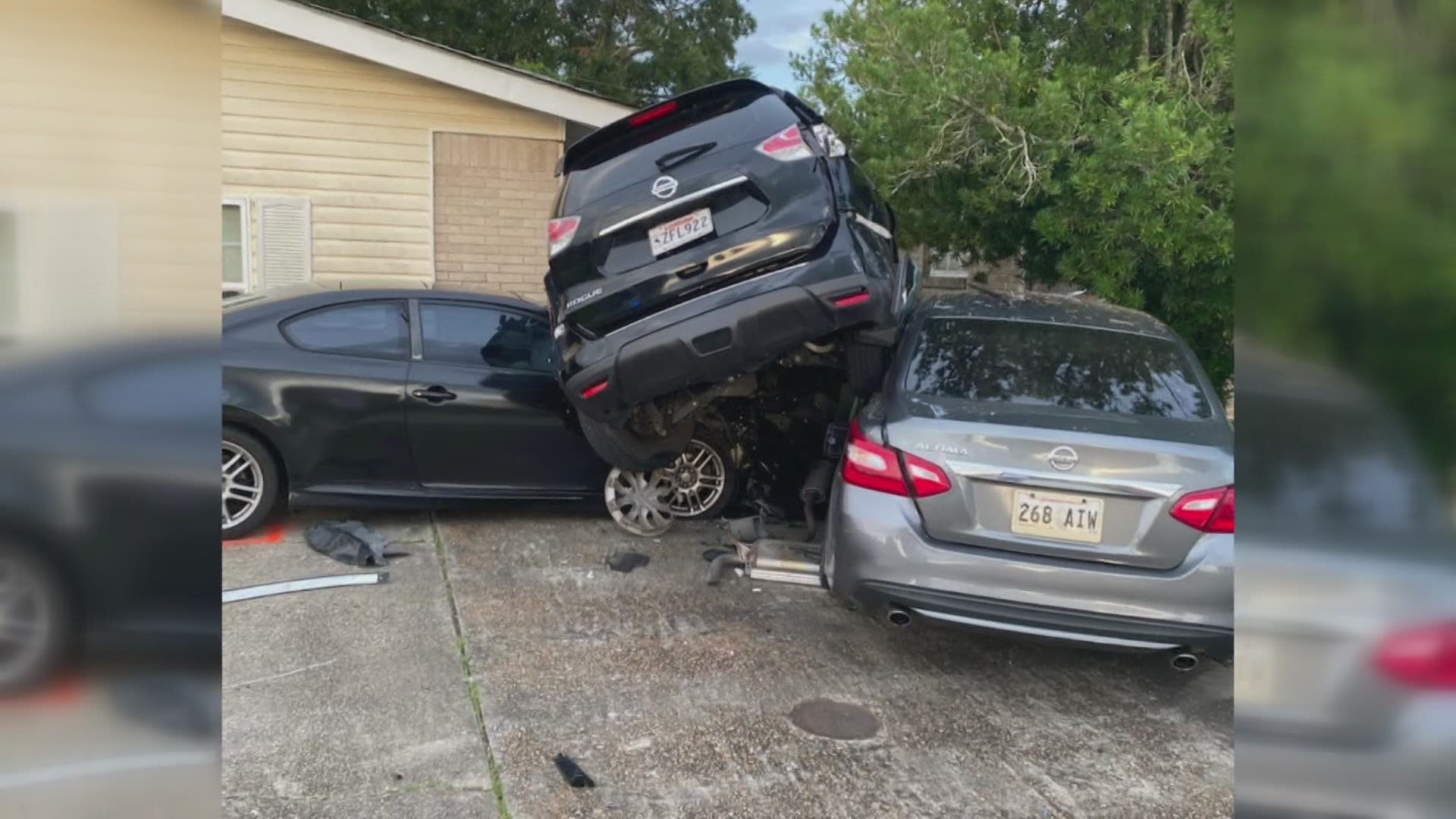 HARVEY, La. — A man has been arrested after allegedly crashing a car into a pair of parked vehicles in Harvey, shooting at deputies and trying to escape law enforcement officials.

Witnesses say Jefferson Parish Sheriff's Office deputies were in pursuit of a man fleeing through a residential neighborhood when he crashed the car into the driveway of a home, damaging two cars parked there.

According to the witnesses, the man got out of the wrecked car and began shooting at the pursuing deputies. He then escaped on foot, fleeing deeper into the neighborhood.

Deputies were later able to track down and apprehend a suspect.

A spokesman for the JPSO said one man was arrested in connection with the incident, but could not provide further details because the situation was still under investigation.

It is unclear why the deputies were chasing the man and what he will be charged with in connection with the alarming incident.