City officials said there had been plans in the works to knock down the structure, but a 2-alarm fire that broke out in one of the theater rooms earlier this month s 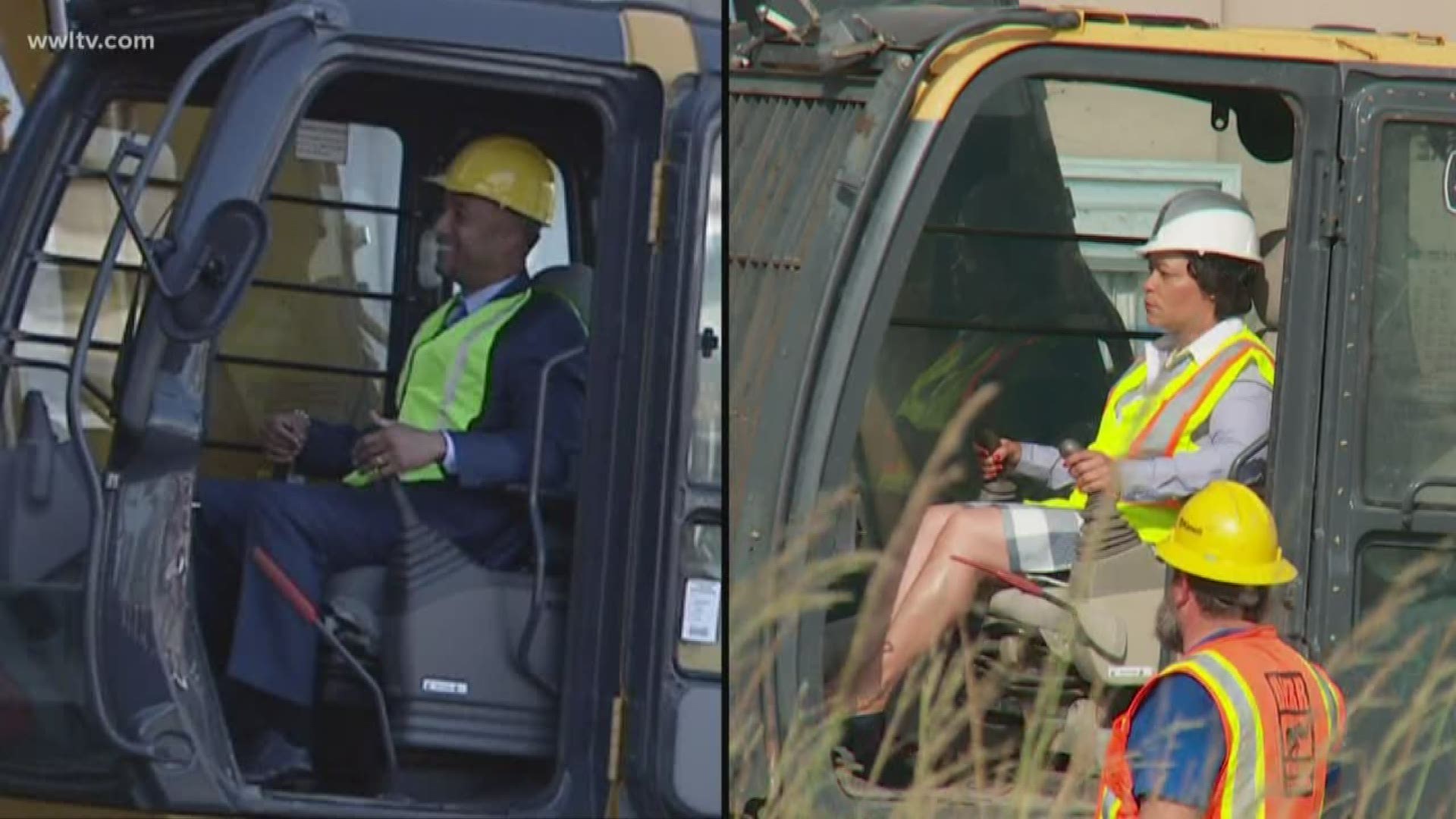 The Theater, which was seriously damaged in the flood waters in 2005, has remained blighted and abandoned at the intersection of Read Boulevard and the I-10 Service Road in New Orleans East since.

City officials said there had been plans in the works to knock down the structure, but a 2-alarm fire that broke out in one of the theater rooms earlier this month started the job for them.

"Unfortunately, this is a building that is another example of the property not being taken care of; it got into a very dilapidated condition, it is scheduled to be torn down," said NOFD Chief Tim McConnell on the night of the fire.

While the blaze was contained in a few hours, a piece of the roof collapsed into the already-ravaged building. This prompted the city, which doesn’t own the theater, to approve an emergency demolition that began this week.

On Tuesday morning, New Orleans Mayor LaToya Cantrell took a page out of former Mayor Ray Nagin’s book, hopping in an excavator and taking a piece out of the building herself, much like her predecessor did in 2007 in the same plaza. 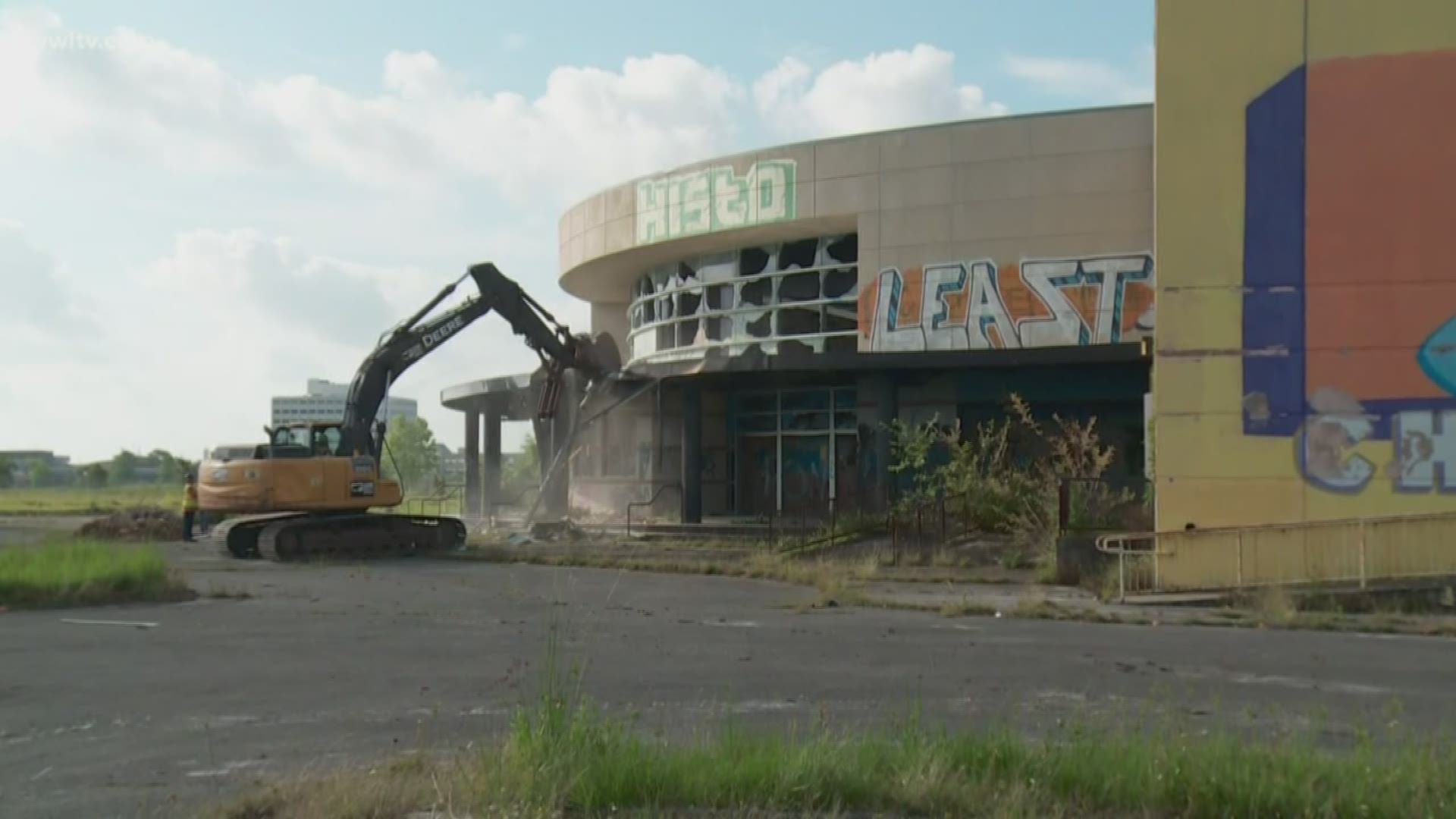 Aside from having to say farewell to the well-known ‘Peace’ mural on the side of the building, created by local artist Brandan “B-mike” Odums, neighbors welcomed the long-awaited demolition.

RELATED: 'The Peace Wall' mural will be torn down with Grand Theater after fire

Outside the demo site, Cantrell said her administration also has its sights on other long-abandoned properties, most notably the former Jazzland and Six Flags amusement park.

"Right now, I have my sights set on Jazzland. We are running numbers for demolition really for, as we speak," she said.

The goal for the Jazzland and former Grand Theater sites is to make them more attractive to investors and get them back into commerce, Cantrell said.