10-year-old Logan Fraychineaud didn't think he'd be picked for the job, but was excited when he learned otherwise. 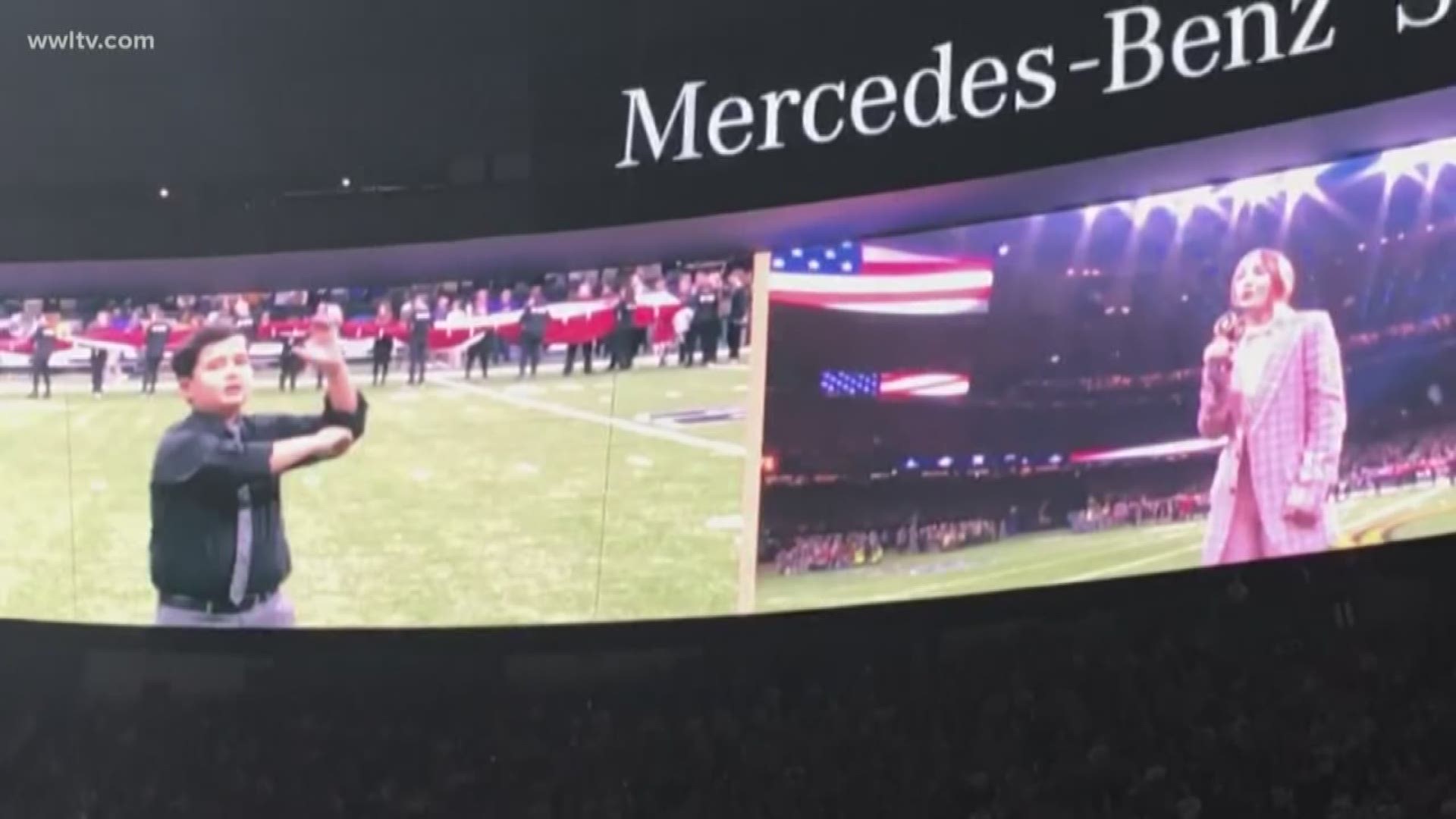 NEW ORLEANS — We take you back to the College Football Championship, where dreams came true for more than just LSU's football players.

A 10-year-old Destrehan boy was chosen to perform the National Anthem alongside Lauren Daigle. As Daigle kicked things off at LSU's Championship game, another performer was nearby, not singing the anthem but signing it.

"Once I went out onto the field, I was so nervous," Logan Fraychineaud said. "I saw a lot of people."

"I was nervous for him because thousands and thousands were watching him," said his mother, Leslie. "I didn't know if he'd freeze or make any mistakes but he did well."

Logan was born deaf but his parents, who are also deaf, decided on a life changing procedure that's made him bi-lingual.

"He has a cochlear implant," said his dad Richie. "He can speak and sign he can do both, that way he can socialize with hearing and deaf people. He gets a lot of support in school, friends, teachers, so he's doing well."

A lover of all sports, Logan jumped at the chance to audition to sign the National Anthem at the championship game.

"The Deaf Action Center called and asked if Logan would be interested in signing for them and I asked him and he said 'yes' and he got excited," recalled Leslie.

RELATED: This ASL interpreter steals the show at rap concerts

However, he was chosen and practiced all day, every day, which paid off because on game day he nailed it.

"Once I found out I was super excited and couldn't believe it. It was very challenging," Logan said. "That's why I had to practice so much after school."

"I was really, really proud," Richie said. "I mean he's 10-years-old. Me? I wouldn't have been able to do it, I would've been a nervous wreck. He was smooth about it, he wasn't nervous he was brave through this whole process."

The moment which lasted about two minutes, created a lifetime of memories that taught a valuable lesson.

"I want people to know that when you're deaf you're not different," Logan said. "It's a different language, it's just ASL. It's fun."

And Logan hopes to share that message one day on a much bigger platform, the Superbowl.

While the National Anthem was broadcast on TV, Logan was never shown. His family hopes that changes and hope interpreters will be shown because they say there are people who watch the games who would benefit from it.