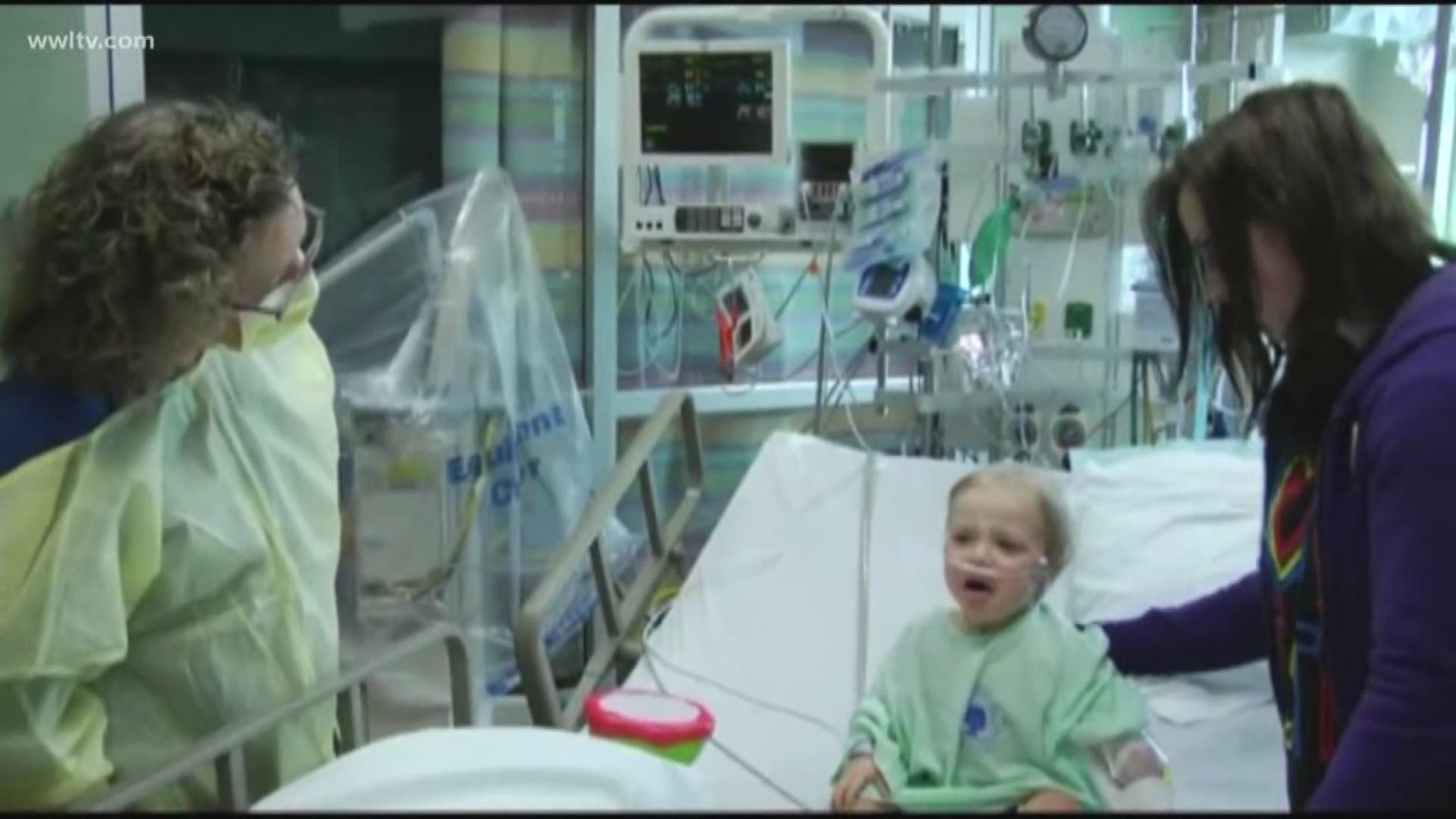 A virus is going around locally that gave one family quite the scare. It's known as RSV, and is common among infants and the elderly this time of year.

Earlier this month, Mary Danna Daste and her husband Kevin, noticed a change in their 14-month old daughter, Vivian.

They took their daughter to the doctor, who gave her some medicine. However, she wasn't getting better, she was getting worse. After another trip to the doctor, Mary was told to monitor Vivian's fever and cough.

"At 5:00 a.m., her fever spiked to 103 degrees so we went straight to Children's Hospital," Mary said. "When they told me within 24-hours after that, that she was being put in ICU that's when I freaked out."

"They said it's really bad this year compared to other years," Mary said doctors told her. "Out of the 19 rooms they had in ICU, about nine had children positive with RSV."

"Most people get it by the time they're two-years-old," said Denise Kerut.

Kerut, a Pediatrician at Children's Hospital, says it's common, highly contagious, and has symptoms similar to a bad cold.

"The sniffles, nasal congestion, cough, sore throat," she said. "Every winter we fill a lot of beds with babies who have RSV. We don't have a vaccine but we're working on one."

It can also be dangerous, which is why parents are encouraged to know what to look for.

"It's one of the leading causes of death in babies," she said. "We take it seriously. If they notice the child is breathing really rapidly, more than 60 times a minute you need to get them seen definitely. Or if you notice around their rib cage the muscles are contracting and you can see the ribs with each breath."

As far as prevention, Kerut says it's all about good hygiene.

"Hand washing is the best thing they can do," she said. "Also cough hygiene, you want to cough into your elbow to help prevent the spread of those germs."

Vivian spent about three days in ICU, however made it home just in time for Christmas.

"I was really scared because I thought I was so on top of it," said Mary.

Giving the best present this family could've hoped for, the gift of health.

While death can occur with RSV, it's usually rare for that to happen. Doctors treat the symptoms of RSV by giving patients things like more oxygen and IV fluids. They also say children around cigarette smoke are at higher risk of getting the virus.