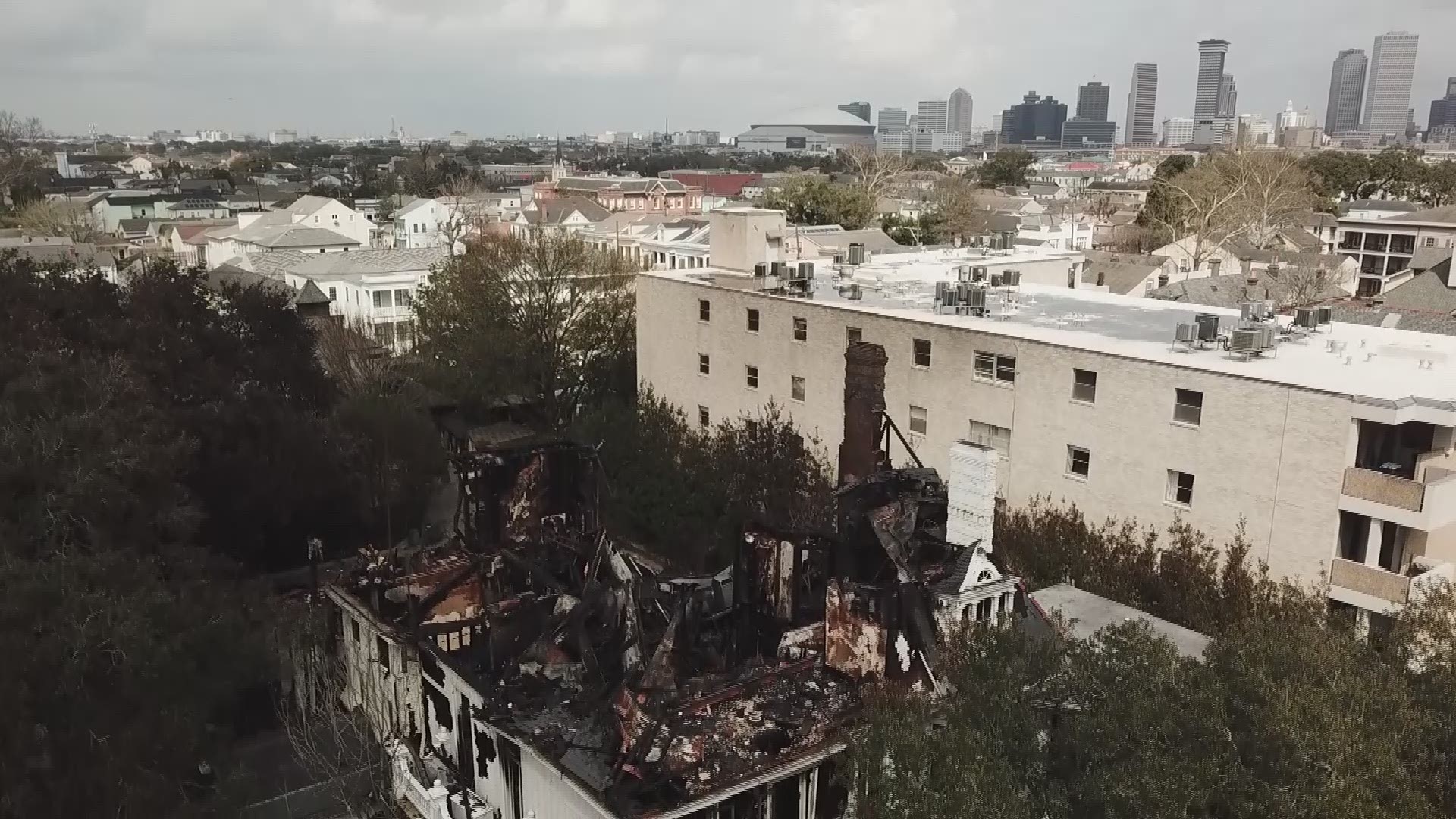 NEW ORLEANS — Two days after flames raged through a 154-year-old New Orleans mansion with strong ties to the Rex Organization, drone footage gave a peek behind the walls to show the extent of the damage.

A 7-alarm fire tore through the home and raged for several hours before it became under control.

According to the Preservation Resource Center - this home at 2525 St. Charles Avenue was built by famed architect Henry Howard for businessman Charles Miltenberger sometime prior to 1865.

Noted architect Thomas Sully did substantial renovations to the home in 1888.

Architectural historian Robby Cangelosi said he features the mansion in a class he teaches at Tulane University.

"It's a very early example of the colonial revival style in New Orleans," Cangelosi said. "The Daily Picayune in 1888 said it was described as being a neo-colonial style and wIth all the new modern conveniences of 1888 being put into the house there."

The home is a stop for Rex to toast each year as the mansion has been home to five Kings of Carnival over the years.