His family didn't think much of the head injury until he fell asleep later that day. When he woke up and didn't remember who he was. 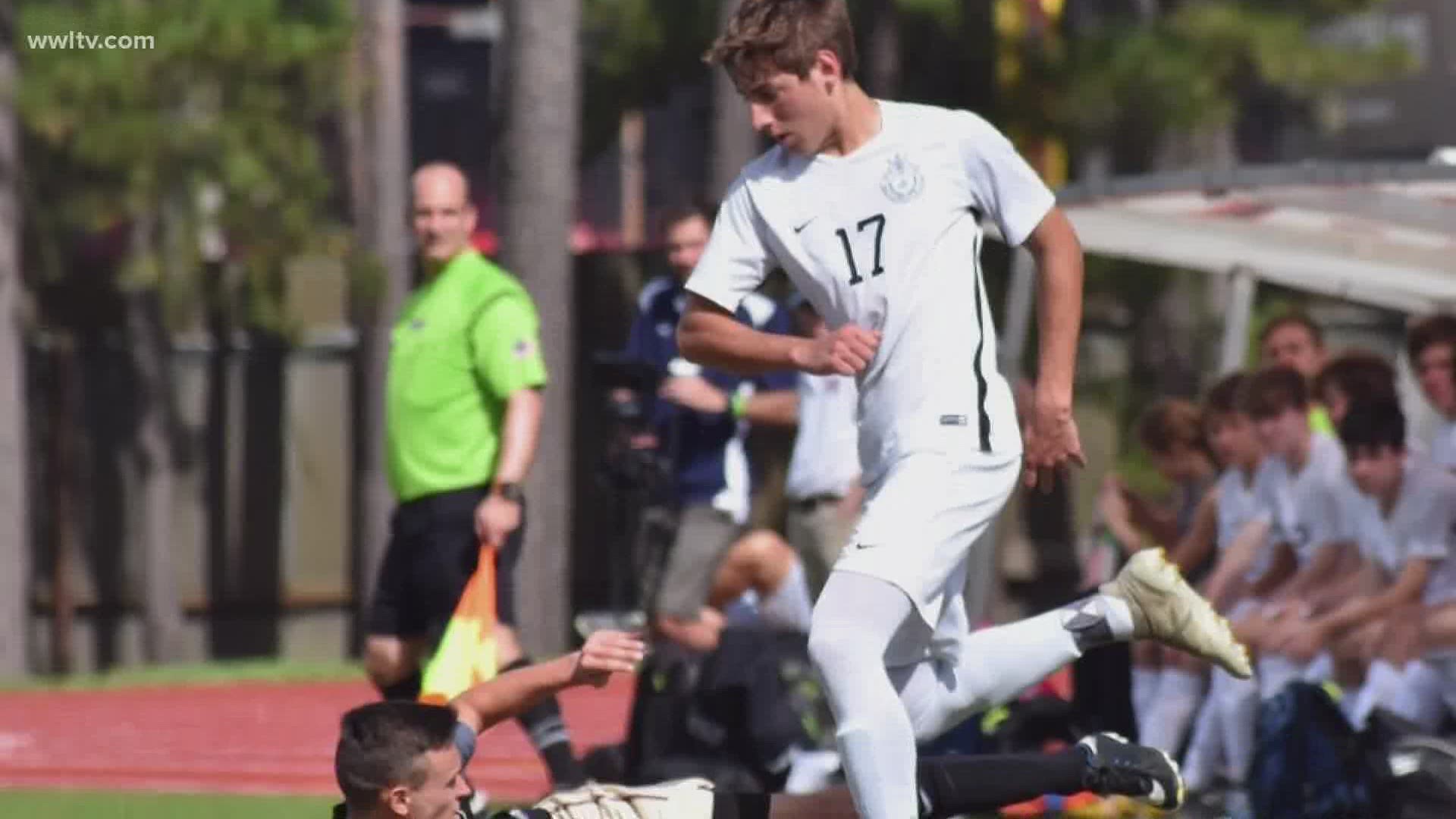 COVINGTON, La. — A new high school graduate from Northlake Christian High School in Covington has made remarkable strides after an injury that changed his life.

"Pretty much it's everything soccer, it's all we do is watch soccer," 18-year-old Caleb Lewis said expressing the love for soccer in his family.

"It's hard to live when you're living off two years," Lewis said.

At 16, Lewis was hit in the head with a ball during a typical soccer practice.

"It was like, from what I was told, I fell down but got back up like 'oh no I'm fine' and everything seemed fine," he said.

His family didn't think much of it until Lewis fell asleep later that day. He woke up and didn't remember who he was.

He was then unresponsive for several days.

"I could hear commands and do some stuff but I couldn't speak, I couldn't hear, there was pretty much no function," Lewis said.

He spent two weeks at Children's Hospital and visited the Mayo Clinic.

"Probably every test you can do on the brain was done," Lewis said.

He had suffered three concussions the year prior to this accident.

"It's more of a neurological collapse, so your brain just gives out," he said.

His family was left with the tough news that his entire memory up to the injury was gone.

"So the side effect of that was the damaged area would have been my memory," Lewis said. "I don't remember anything, so I have 16 years of memory loss. I haven't recovered anything and so it's kind of up in the air, what will I recovery, when will that be, if I will recover it.

Through physical therapy, occupational therapy, and speech therapy Lewis had to relearn it all.

"There's definitely a lot of self-discovery, it's still figuring things out," he said.

He had to learn how to walk, how to tie his shoes, how to drive, who his family was.

"I guess he's forced to believe we're his family in a way," his sister Kara Lewis said.

"At some point I probably felt closer to my therapist than I did my family," Lewis said.

Soccer, his lifelong passion, was one more thing he didn't remember. It became a focus during his recovery. Muscle memory helped and he picked it up quickly.

"He picked it up super quick so that was super exciting to watch," Kara Lewis said.

While his memories playing are gone, his passion for the sport never left. He believes his parents were understandably hesitant to see him play again.

"I think that was really hard for my parents, they won't admit it," Lewis said.

This year, as a graduating senior at Northlake Christian High School, he got back on the field

"Being in the game again took a while and once that clicked, it was a great season," Lewis said.

From his accident to his recovery, his life is a miracle. Now instead of focusing on his lost memories, Lewis and his family focus on creating new memories.

"He's done a really good job of not letting it stop him from learning again," Kara Lewis said.

Through rediscovering his life, what Lewis didn't realize was the impact he was having on others.

This year, he was recognized as a Louisiana Public Broadcasting Young Hero. It's an award that honors students who have overcome major obstacles, while still inspiring those around them.

"People say I have a good attitude, I think I have a hard time realizing that," Lewis said.

Getting back on the field is proof of that and it's only the beginning of a lifetime of new memories.

Lewis still has gaps in knowledge, but he picked up on things quickly and worked closely with his teachers so he was able to graduate from Northlake Christian High School this year. He's going to Southeastern in the fall with a goal to one day do international work.

RELATED: Ozone Action Day: What it Means & What You Can Do