Emerils set to finally reopen after COVID closed it in 2020

Nola in the French Quarter and Delmonico on Saint Charles will remain closed. 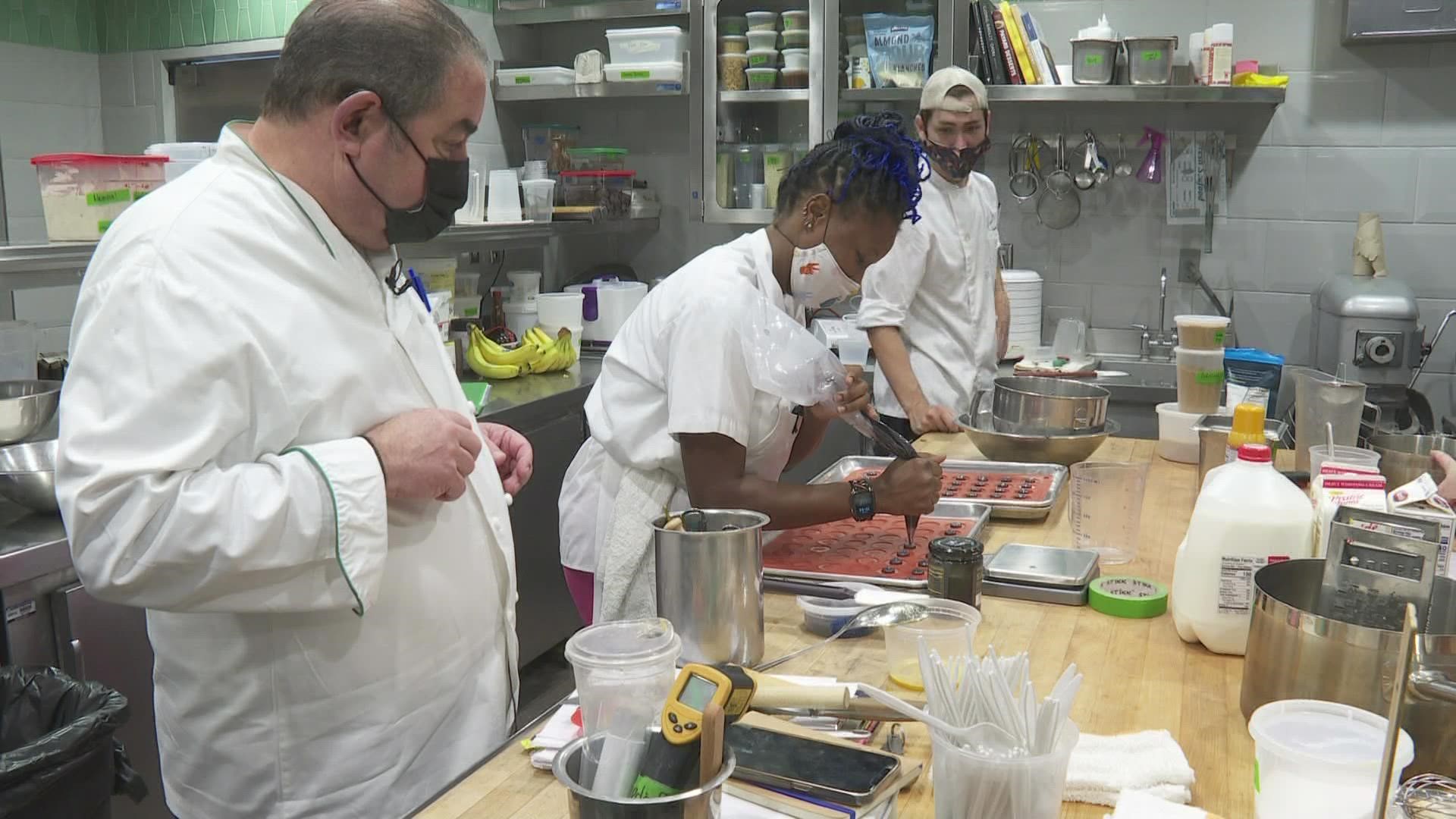 NEW ORLEANS — New Orleans culinary legend Emeril Lagasse is set to re-open his restaurant Emerils next Tuesday after it being closed for the last year-and-a-half because of the COVID-19 pandemic.

Lagasse has four restaurants in New Orleans but the only one that's been open is Meril in the warehouse district. His other two restaurants: Nola in the French Quarter and Delmonico on Saint Charles will remain closed.

Finding staff is the main reason Emeril hasn't been able to reopen all his restaurants.

"Challenging, challenging of rules and regulations but more importantly challenging with getting staff both front and back of the house. That indicator was like okay we better pump the breaks a little bit," Lagasse said.

Emeril's will be short-staffed when they do open so their hours will be limited. To start they will be open for dinner 5 times a week but once they get things going they will evaluate adding lunch.

The Emeril's location originally opened in 1990 with the goal of being the best white table cloth restaurant in New Orleans.

"My goal now is going back and refining what we did and how we opened in 1990, raising the bar if you will," Lagasse said.

Emeril has gone from having 14 restaurants open to 6. Three restaurants have been permanently closed.

Two are still open in Las Vegas and one in Bethlehem, Pennsylvania.

He lost close to 500 employees during the pandemic and before the pandemic, 110 people were employed at Emerils. Now the Emerils location only has 70 employees.

Lagasse tried to get PPP loans to keep his restaurants going and employees paid but he received no money or support.

The organization is operating off the cash flow from their Las Vegas and Pennsylvania locations.

When Emeril's opens next Tuesday the restaurant will not have a chef and everyone will have to pitch in outside of their positions.

Emeril will co-chef with his culinary director David Slater and Emeril himself will work a shift every day.

The menu has also shrunk and Emeril says it has been tweaked to match today's time.

"If we can make people a little happier when they leave than when they came in the front door then we've done our job. Whether that's with food, great service, cleanliness, or hospitality. That's what I'm out to be, I'm out to be that restaurant," Lagasse said.

Emeril always dreamed of being a chef and turned down a full scholarship to the New England Conservatory of Music.

He began his career in restaurants in New York, Boston, and Philadelphia. Dick and Ella Brennan persuaded Emeril to come to New Orleans, where he ran the Commander’s Palace kitchen for nearly eight years.