According to documents, Nicholas Knox would have still been under probation when he was hired by Elite Protection Services as an armed security guard. 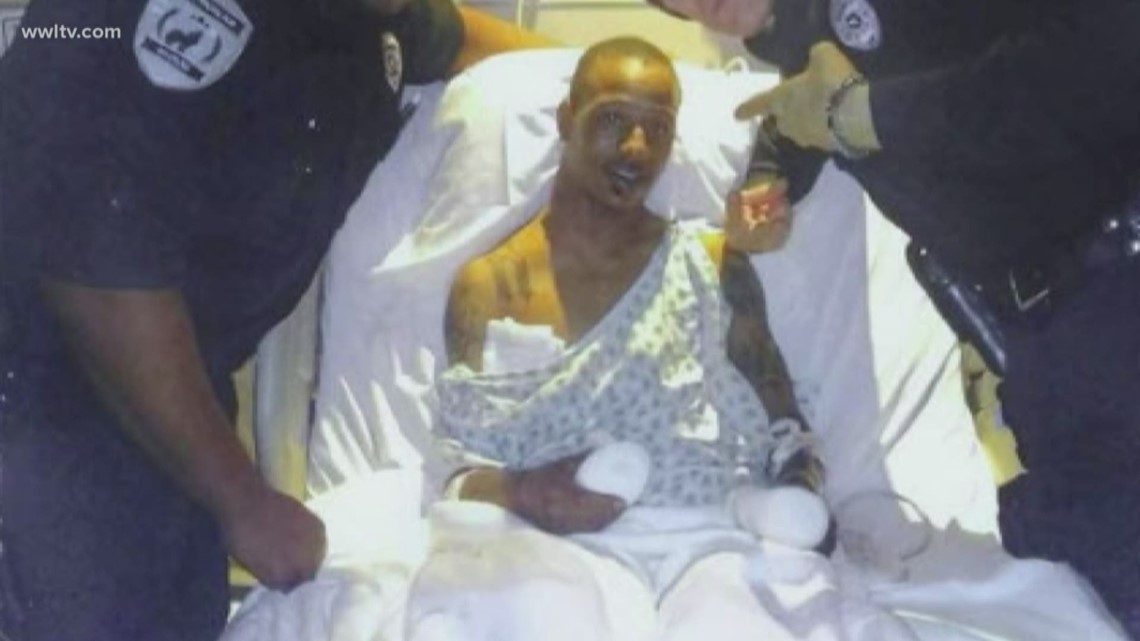 NEW ORLEANS — Less than five months after a Bourbon Street shooting that took the life of a local nurse, the family of the innocent passerby is filing a civil suit.

Among those the family holds responsible? The security guard who was also shot that night.

35-year-old Julie Couvillon, who nursed others back to health, could not be saved herself when a bullet pierced her neck as she walked by a scuffle between an armed security guard and a man he was trying to throw out of Willie's Chicken Shack.

RELATED: Bourbon Street shooting suspect faces decades in prison, but not for murder

But now, the victim's family wants to hold the security guard, Nicholas Knox civilly responsible, a man who's never been charged with anything involving this shooting.

The family filed suit Monday, but WWL-TV first met Knox in February as he recovered from his own gunshot wounds. At the time, his aunt expressed concern for Couvillion's loved ones.

“Our hearts go out to her family as well. You know they have our deepest sympathy,” the aunt said.

On Wednesday, however, his aunt told WWL-TV by phone she was shocked he was being sued. However, she said she was aware of his criminal past, one that was uncovered recently.

According to court documents, the felony discharge crime was refused and five months later Knox pleaded guilty to misdemeanor charges for which he received six months probation.

Also according to documents, he would have still been under probation when he was hired by Elite Protection Services as an armed security guard.

The company is also named in the suit, though restaurant owner Willie Harris said he was unaware he was being sued and had no idea Knox had a criminal past.

Harris said "…We did our due diligence," claiming they ran his name through the Louisiana Board of Private Security Examiners" and "no red flags came up." He said Knox was already licensed and trained when he was hired and any background checks should have been conducted by the state.

RELATED: 'One of the hardest phone calls I’ve had to make:' Cantrell, former teacher talk about nurse killed on Bourbon Street

The head of that board told WWL-TV that at the time Knox was originally fingerprinted for his background check he had no criminal background.

He said there are 47 crimes that would disqualify someone for employment as a security guard and Knox was never convicted of any of those crimes.

As for Knox himself, he did not return WWL-TV’s calls. Again, he was never formally charged in connection to the shooting.

It should also be noted that Knox was not on probation at the time of the shooting. That probation ended eight days prior.

RELATED: 'She had that trusting, loving way about her;' Woman remembers Julie Couvillon