Tariffs, immigration and labor will be hot topics at this year's Farm Bureau Convention 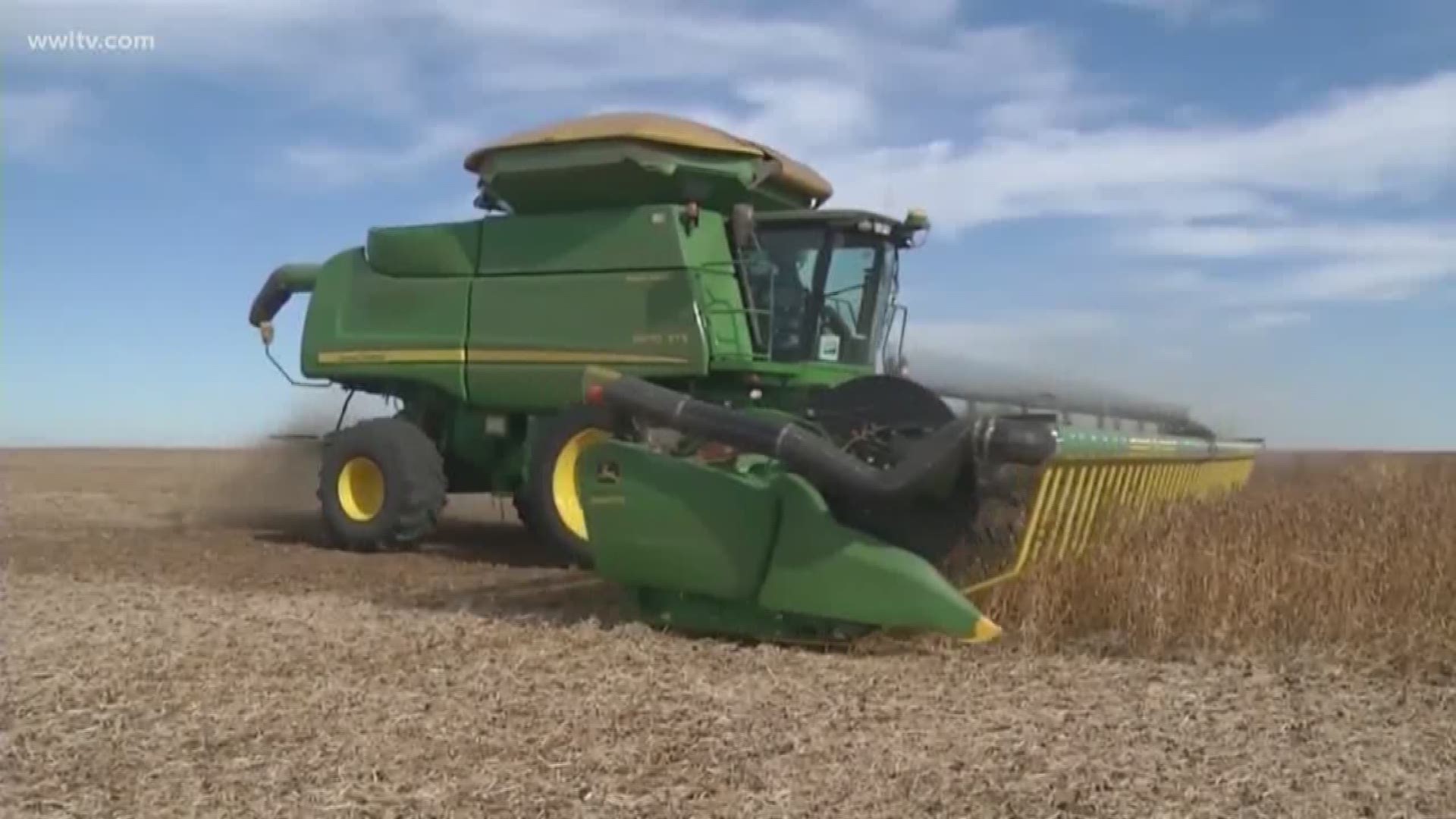 NEW ORLEANS — All eyes will be on New Orleans as President Donald Trump makes a stop at the Farm Bureau convention Monday.  Many want to hear what he has to say about the current trade war with China and how he may help farmers stuck in the middle.

"Farming has been real challenging," Richard Fontenot, a farmer in Ville Platte and VP of the in the Louisiana Farm Bureau Federation said.

Fontenot grows rice, soybeans and crawfish. He told us 2018 was a rough year.

"We had a drought situation in our production, so we planted our crops and we didn't get any rain until the second week of July."

And then farmers had an unusually wet September ruining many of the crops. Making things worse, China which generally buys about 60 percent of U.S. soybeans, imposed heavy taxes on the American crops to retaliate against President Donald Trump's tariffs on Chinese steel and other products.

"After decades of economic abuse we are finally fighting back as a country, we are not going to take it anymore," President Trump remarked about his trade policies during a speech last year.

Shortly after, Trump then signed into law a $12 billion rescue package that paid farmers $1.65 per bushel of soybeans.

"Only the 600 [acres] was eligible," Fontenot explained.

But because of the weather and slowdown in exports, some farmers could only harvest a fraction of what is usually a couple thousand acres to get the relief.

When President Donald Trump spoke at the Farm Bureau Convention last year in Nashville, he promised to help growers and concluded saying he'd come back. He's keeping his word to make another appearance and this year there's a lot to discuss.

"He might discuss the shutdown that's going on, how that's impacting USDA," McCann said. "Labor is an extremely important issue to us we want legal immigration type policy where people can come and go."

Those are just a few of the topics on the table.

"There's no instant fix, it's a work in progress and I think as long as you keep working, keep a dialogue you can continue to make progress," Fontenot added.

For now, Fontenot is optimistic there will be more news that will help farmers in 2019.  The convention runs through Wednesday.