FBI: Look out for these scams this holiday season

We sat down with the lead FBI agent for New Orleans to get tips about keeping you safe this holiday season. 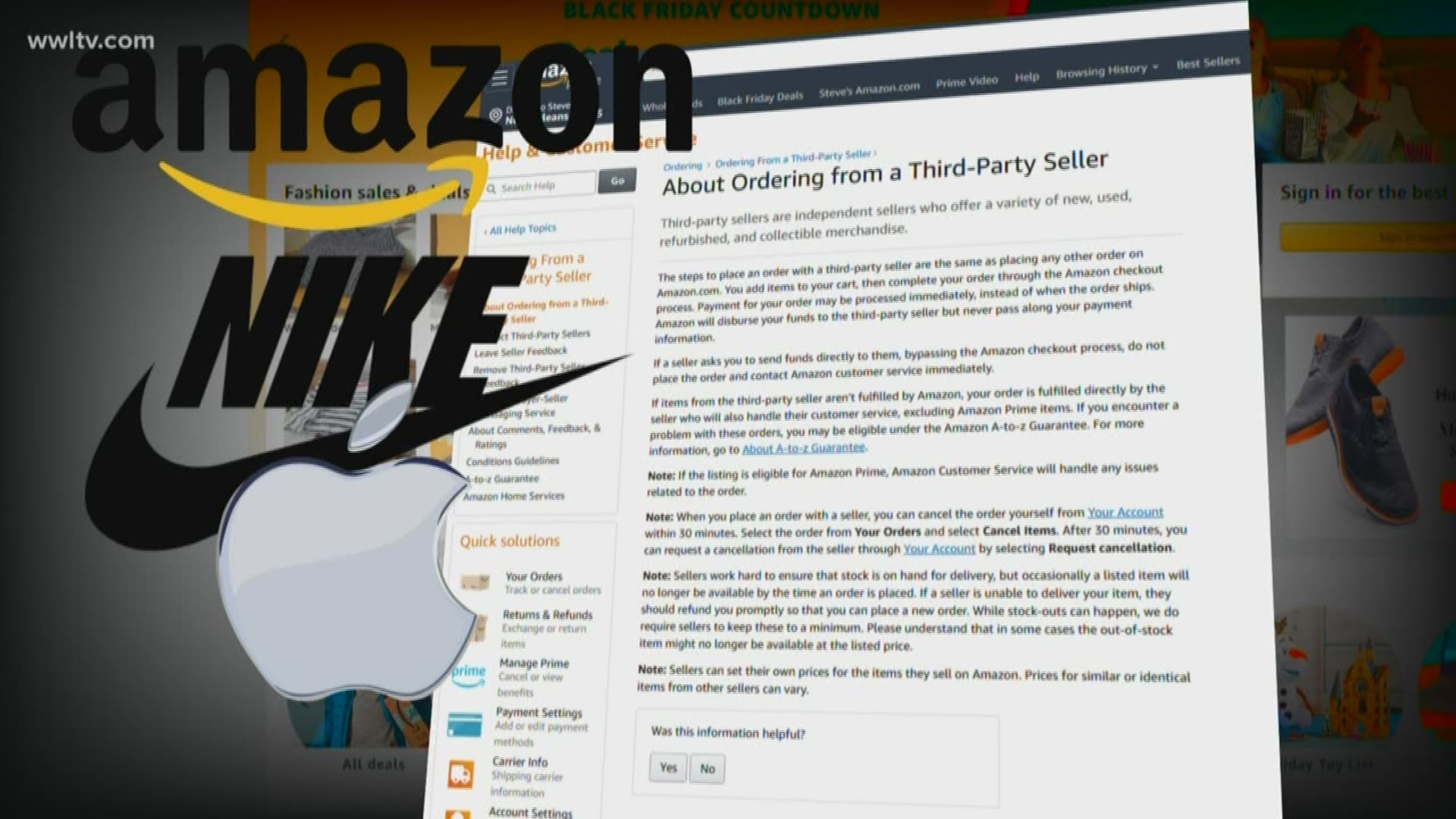 NEW ORLEANS — While you're celebrating and shopping this holiday season, the FBI is hoping to keep you safe and protect you from scammers who aim to take advantage of you all year long.

Unfortunately, there is a long list of schemes. So the top agent sat down with us to pass on the warnings in an exclusive interview.

First, there are con artists trying pulling on your heartstrings for a fake charitable donation.

"We see them all the time, especially at this time of year. We also see them at times of need after a natural disaster," said Vorndran.

Second, if you're going to be doing a lot of online shopping for gifts, he warns about scammers trying to get your personal and financial information.

"If you decide to buy a Sony TV for a 90 percent discount, you'll probably wind up with a compromised identity and without a TV."

You may have read other media reports about third party sellers on well know platforms like Amazon. Some are reputable, but some are not. As a result, Nike will no longer sell on Amazon, and Apple says 90 percent of its products sold by third party sellers there are counterfeit.

In light of those media reports, we asked Special Agent Vorndran for advice about spotting fakes.

"If you're buying from a vendor who claims to be U.S.-based, but their supplier is internationally-based, it's likely that those goods are going to be counterfeit," he explained.

He says if you ordered from a U.S. company and it arrives with foreign postage, there's a very likely chance it's counterfeit.

Now, the third category: Social Media. The bottom line is to be suspicious before you click on any link that comes your way from apps and pop-up advertising scams, email links, gaming apps and online surveys. Some are trying to lure you in and steal your identity.

RELATED: A $100 Kohl's anniversary coupon spreading online is a fake

"We get calls all the time, or emails all the time, from people or from their families about losses of $10 or $20 or $30,000, or their life's savings, because somebody trusted an investment scheme," Vorndran said.

He says most of the money leaves the U.S. within hours. Only 10 percent is recovered. And the FBI sees it happens to people of all ages and backgrounds.

The FBI asks that you report any online crimes to its Internet Crime Complaint Center, no matter how small it is. Agents can then find patterns and link them with other reports.

And the FBI also has other safety tips:

Download its free Child ID App so you have all the information ready for them if your child is ever missing.

Check your accounts often, including bank, credit cards, frequent flyer and rewards accounts and report theft immediately. The sooner the more likely you will get the money back and not be a victim of further theft.

Don't give your information or money to anyone promising a work at home job.

Report any sexual assaults on an airline to the FBI Be Air Aware program.

Be Air Aware/ Sex Crimes on an airline: https://www.fbi.gov/file-repository/sexual-assault-aboard-aircraft-poster-042618.pdf/view