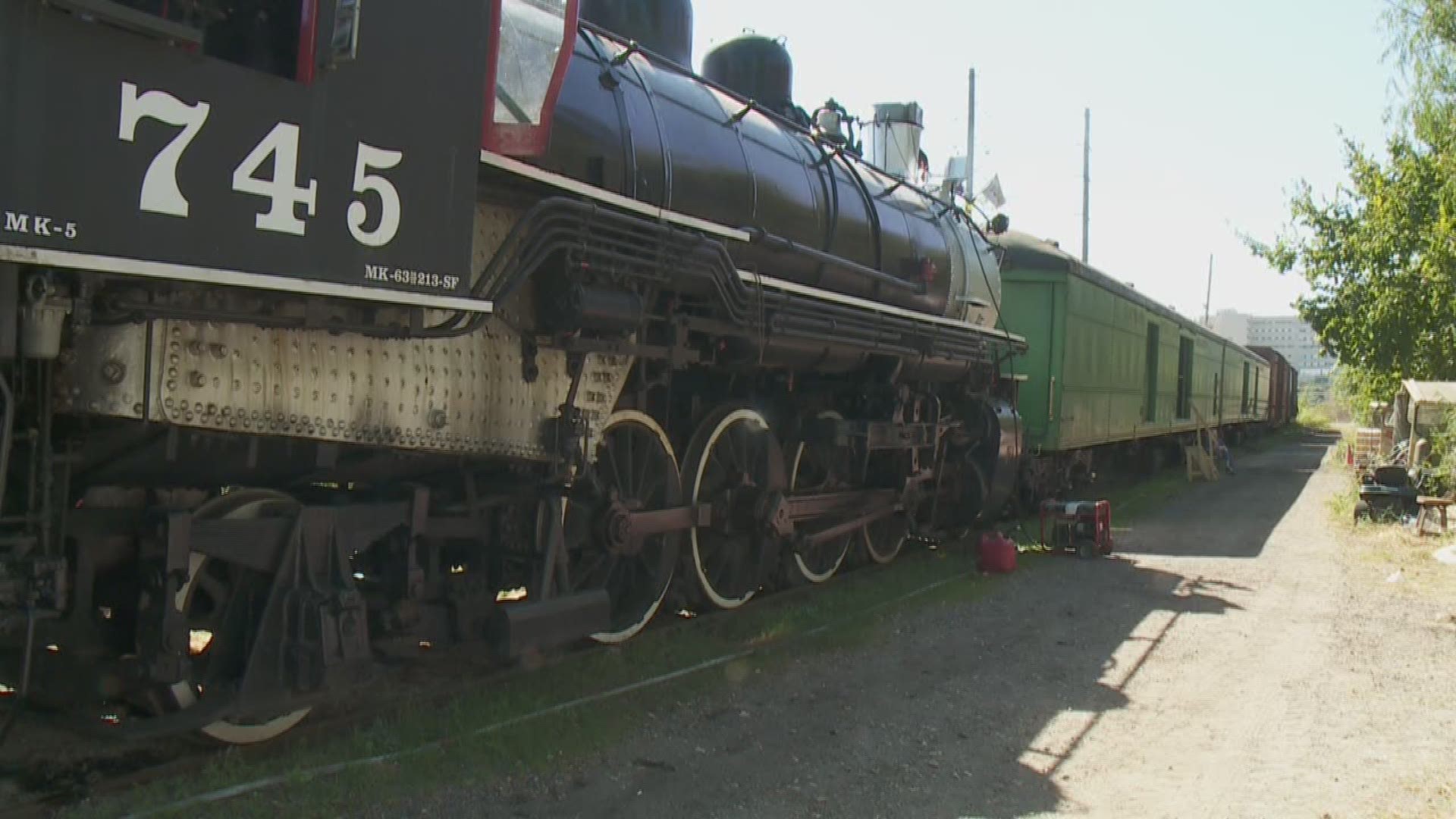 NEW ORLEANS – There’s something about a steam engine that brings back good memories.

For a little while over the weekend, residents can get those nostalgic feelings again, and the Steam Train Festival.

Southern Pacific steam engine 745, nicknamed the Spirit of Louisiana, was built in 1921 can still roar with power.

"When I'm 95 I hope to be half as good as she is, " said restoration program founder Bruce Brown. "She can pull 100 freight cars."

Even though the engines are machines, they have their own nicknames and personalities.

"It's like a living being," added volunteer train engineer and fireman Karl Smith. "She chuffs and puffs, and you can feel the power behind us just by cranking the throttle."

For decades, 745 sat abandoned along the riverfront, until volunteers with the Louisiana Steam Train Association totally restored the locomotive that transported supplies during World War Two.

"Since 1921," said Brown. "You know, she was made in Algiers. She was born in New Orleans from spare parts, and she's the only remaining one left.”

When asked how cool the engine is, Brown laughed.

“Actually, we don't use the word cool with steam engines, we say, ‘How hot is she?’"

The Steam Train Festival is the chance to climb into the cabin and feel the power of 745, plus enjoy the party.
"It is so cool," New Jersey resident Kevin Smith said. "They're going to hear music, they're going to see this, and they're going to learn history of a piece of the only New Orleans built locomotive still in operation."

If you want to blow the train whistle yourself, it's an extra donation, and those donations are vital to keeping 745 alive.

"The reason why we do Steam Train Fest is to get money to keep 745 going," Brown said.

Long term they are raising funds for a permanent home that will become a museum. The fest happens at The Fly, Oct. 15 and 16, from 9 a.m.-- 5 p.m. For more information, visit the Louisiana Steam Train Association website at http://www.lasta.org