“Busted nose. Back. Neck. Their heads went through the back window, so they got impacted pretty good,” Ricks said. 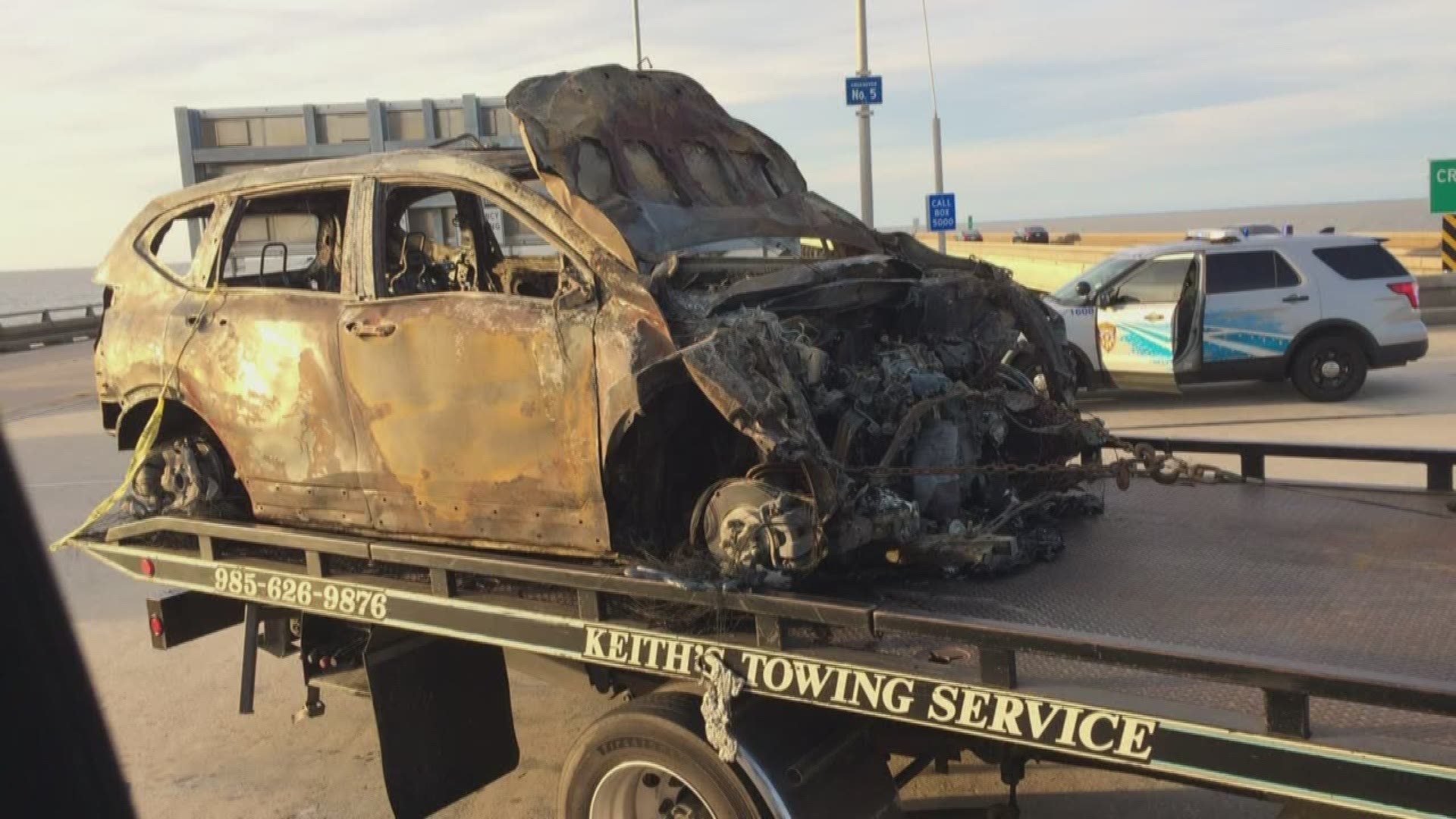 Flames and smoke could be seen from both sides of the Causeway as crews worked hard to treat the injured and clear the lanes.

Two of the injured were Mike Ricks' workers.

“Busted nose. Back. Neck. Their heads went through the back window, so they got impacted pretty good,” Ricks said.

Ricks, who owns Signworx, watched as Causeway officials showed Ricks the wreck from the communications center.

His workers who are still shaken snapped several photos of the damaged vehicle.

“The truck apparently had some problems and they were coasting along and the little girl plowed into them,” Ricks said.

Around 5:45 pm Monday, Causeway Police got the call about the accident on the southbound lane near mile marker 11.1.

Investigators tell us the two Signworx utility workers got stalled. Then a woman, driving a Honda crashed into the back.

“All the occupants were transported to south shore hospitals a little while ago,” Carlton Dufrechou, General Manager with the Causeway Bridge said.

The accident comes as officials work on expanding the shoulder of the bridge, something Dufrechou knows is long overdue.

“This year, we’ll probably have 180 crashes on the Causeway, a third of those will be rear ends because of broken down vehicles that happened almost instantaneously like this one. It’s why we’re pushing so hard for those segmented shoulders,” Dufrechou said.

As crews take away both vehicles from the site, Ricks is breathing a sigh of relief knowing that the driver and his two works are still alive.

“I’m pretty concerned about them all right now. Just praying for everybody,” Rick said.

Dufrechou says the first segmented shoulder could open as early as this summer.