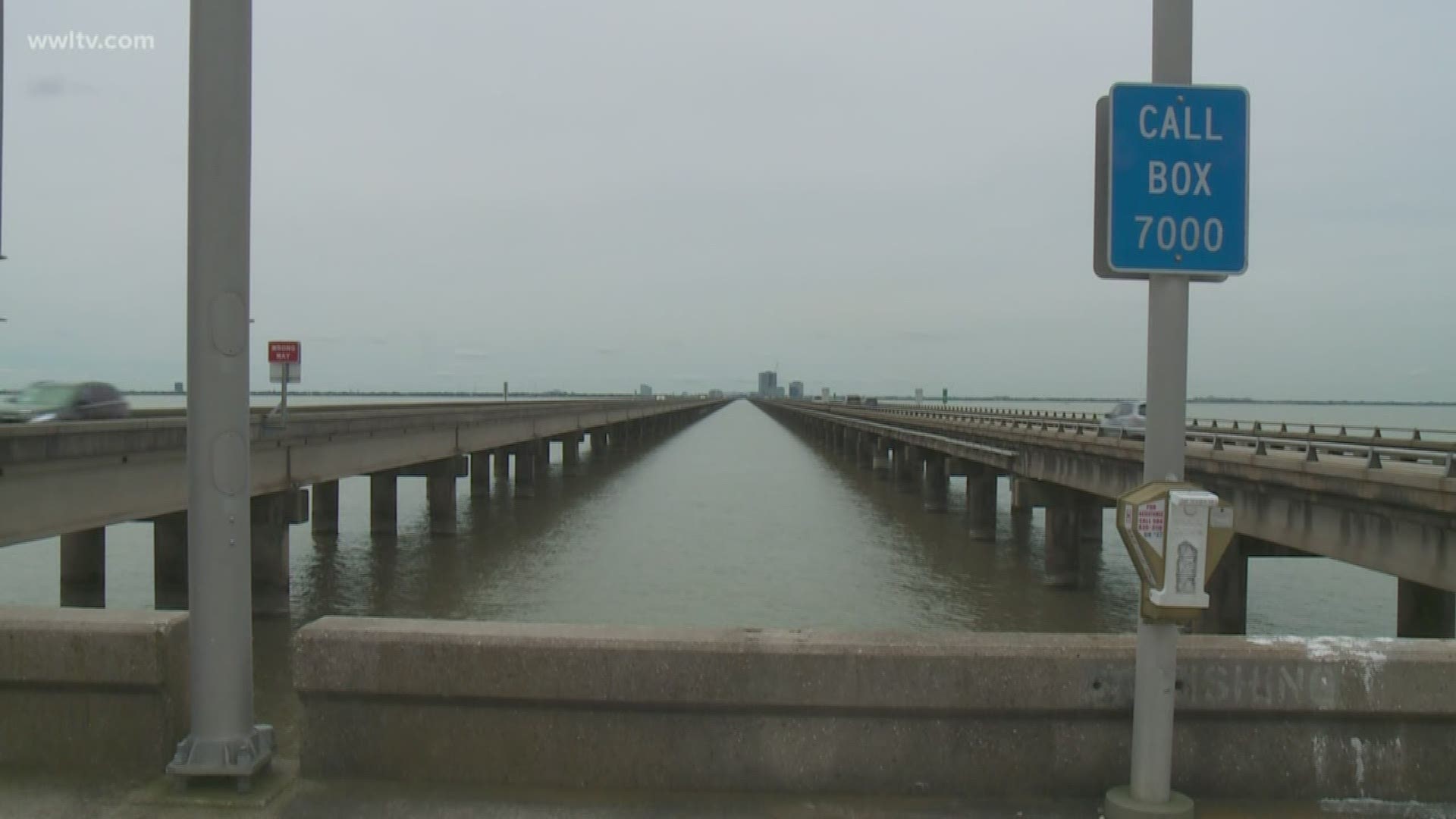 METAIRIE, La. — Flames and smoke billowed from the southbound span of the Causeway Monday evening after a car rear-ended a truck, forcing both spans of the bridge closed during the peak of rush hour.

“Things like this happen in a split second,” said Mike Ricks, owner of Signworx, whose employees were in the truck that was hit after it stalled about 11 miles from the south shore.

They put their hazards on, they were coasting trying to get the truck re-started and then suddenly they were impacted and it shot the truck up probably 100 yards or so,” Ricks said.

His employees walked away with minor injuries. Details about injuries to the woman who hit them were not available Tuesday.

But the incident highlighted the dangers of driving on the bridge, which was built before modern safety standards, and a $55 million project designed to make the ride safer for drivers.

The Causeway sees about 12 breakdowns a day. Most aren’t problematic, but there are the rares times that everything comes to a halt.

“It’s a great old bridge, but it’s an old bridge,” Carlton Dufrechou, the Causeway’s general manager said Tuesday. “Structurally it’s very robust, but it was designed in the ’50s and mid-60s. It doesn’t have shoulders.”

Crews are now busy working on the first of a dozen shoulders that will be built at various spots along both spans, the first of which opened almost 63 years ago.

Right now, a handful of crossovers are the few places drivers can pull over during an emergency. The 12 shoulders will be placed on the outside lanes of each span, in between the crossovers.

“Today, you do any type of bridge of more than 100 feet, you’ll have a full-length shoulder. It just was not the standard then,” Dufrechou said. “This is a tremendous project to get the Causeway into the 21st century”

Causeway officials are also spending up to $45 million to install new railing along the southbound span, the older of the two.

Dufrechou said $110 million was budgeted for the shoulders and railings. So far, the combined price tag is expected to be $90 million.

Work on the first shoulder is expected to wrap in early August. The remaining 11 should be done by spring 2020. Dufrechou said that can’t come soon enough.

For Ricks, he said he’s grateful for the work.

“Yesterday, everybody was extremely lucky,” he said. “Had that truck been at a complete stop, that young lady probably would’ve never lived and these guys may have never lived.”