"I think it's important you reflect and remind yourself of what took place, and not forget what the struggles of people or what we went through," a city councilmember said. 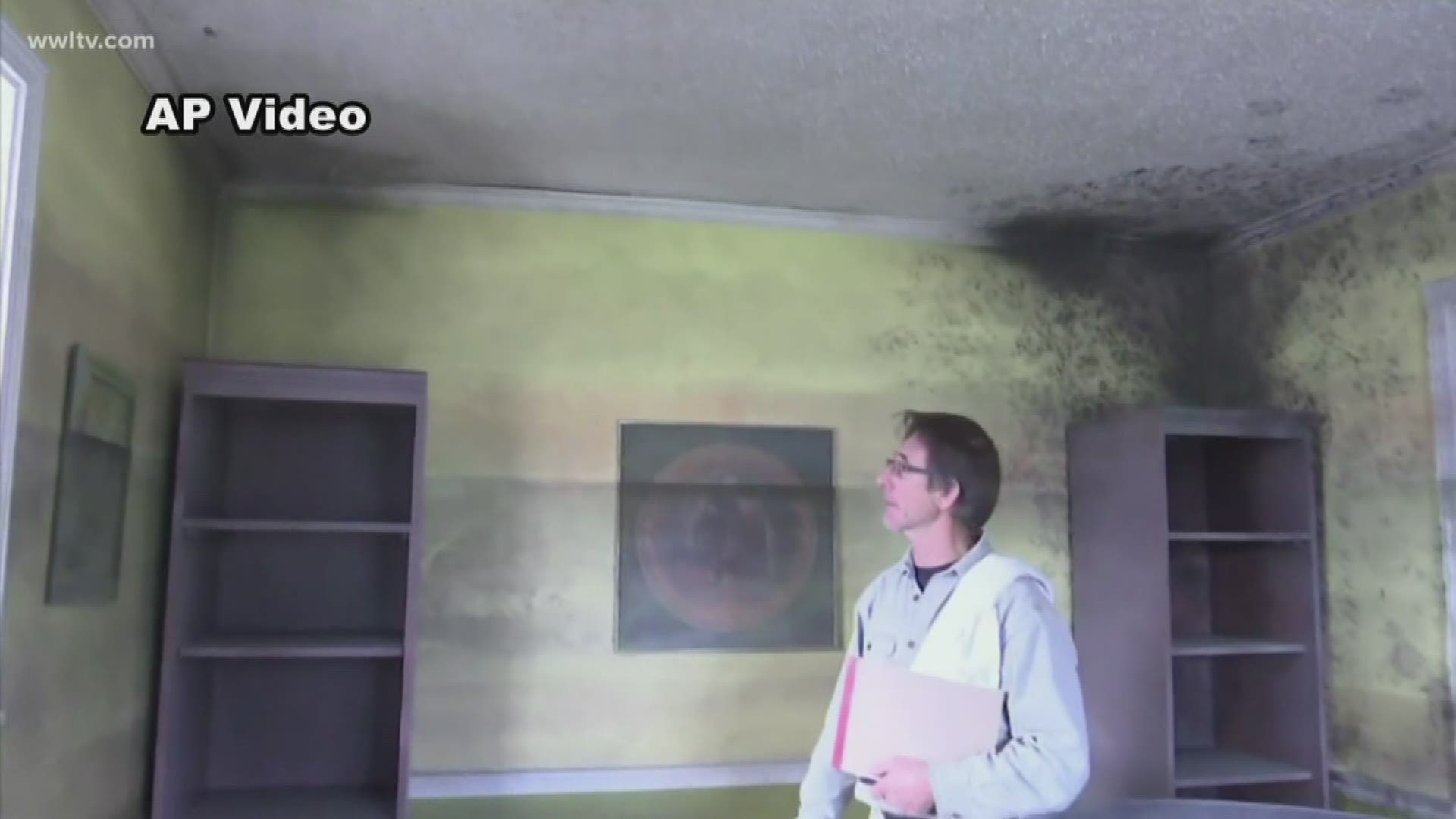 NEW ORLEANS — On a quiet Gentilly street sits something special.

On Saturday, the 'Flooded House Museum' opened to the public. A brick house that displays the same damages that homes sustained in the weeks following Hurricane Katrina, the monument will serve as a reminder of Aug. 29, 2005.

"1,577 people died in the disaster and they all deserve something important and meaningful to remember it by," said Sandy Rosenthal with Levees.org, the watchdog group that created the museum.

"It was 80 percent underwater, many families lost their homes," Rosenthal said.

People will be able to look through the windows of the house and be transported back 14 years, when all seemed lost.

"They're going to actually see what a flooded house looked like when the owners came back, so they're going to see mold, furniture toppled upside down, mud," Rosenthal said.

It's a monument that Jared Brosett, New Orleans District D councilman, said is important to the history of the city.

"I think it's important you reflect and remind yourself of what took place, and not forget what the struggles of people or what we went through," Brosett said.

RELATED: Cantrell to Rep. King: 'The people of New Orleans know who we are'

While the museum is specifically designed to recreate the common damages to homes following Katrina, there are still real, constant reminders of the horrific event all over the city.

In fact, the house next door to the museum is reality. Windows are shattered and doors are boarded up and padlocked. It's a sight that's still common around New Orleans.

Still, even with those blighted properties, Rosenthal said a museum like the Gentilly home is necessary to preserve history.

"If this house is not preserved and remembered the history is gone. There will be no other opportunity of a house right at a breach site, you can throw a stone and hit the breach," she said.

Rosenthal said the goal of the museum is not to just remind people of a terrible past, but to help them remember their own strength in the darkest of times.

"[It's] the getting back to lifting up the spirits of the community, the people of Gentilly, the citizens of New Orleans. And that's what that Flood House Museum represents."

It's something so many in New Orleans had, even after Katrina tried washing it away.

The museum is located at 4918 Warrington Drive, New Orleans. It is free to the public.

Right now, people are only allowed to look through the windows but the group plans to develop the exhibit and let people inside the home in the future.