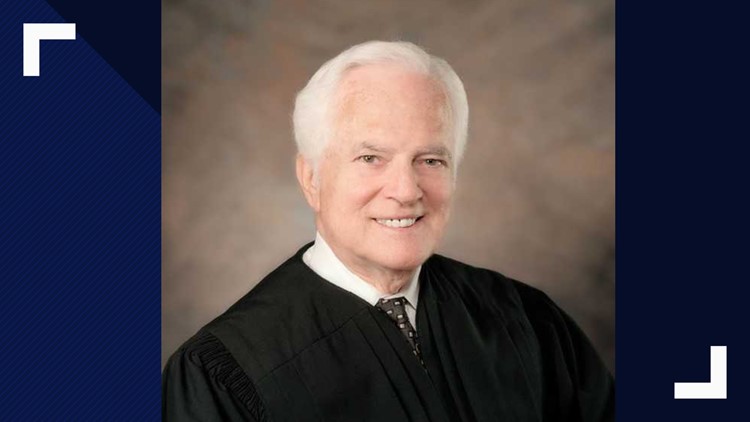 Calogero, who was first elected to the state’s high court in 1972, served on the Supreme Court for nearly 36 years; 18 as Chief Justice. He retired in 2008.

“I would like to be remembered as an energetic, hard-working, honest and able judge who contributed during his service on the Louisiana Supreme Court to maintaining stability in the law and jurisprudence, while serving the least privileged of our citizens with compassion, integrity and fairness,” he said at his retirement ceremony.

Friends and colleagues said Calogero will be remembered for all that and much more.

“He had the greatest work ethic I think I’ve ever seen – reading and studying files on cases so that when he rendered an opinion, it truly was based on the law,” said WWL-TV political analyst and Gambit columnist Clancy DuBos, who clerked for Calogero for several months in the 1990s after earning his law degree.  “He had an enormous impact on our judicial system, and did it with a dignified, steady hand, as a humble and honest man who always tried to apply the law judiciously.”

Besides writing more than 1,000 of the court's majority decisions, as well as numerous concurrences and dissents, and participating in over 6,000 oral arguments, Calogero was lauded for tightening the court's rules on judges' and lawyers’ conduct, setting up the state's indigent defender system and creating a program that introduces students to the court and how it functions.

“Today we lost a giant in our legal profession," said current Chief Justice Bernette Joshua Johnson in a statement. "I served with Justice Calogero for fourteen years on the Supreme Court and during that time, I developed a deep respect for my colleague’s intellect, his integrity, and his dedication to fairness and justice. His contributions to Louisiana law and judicial administration are immeasurable.”

He was also a driving force in restoring the French Quarter building at 400 Royal St., which the Supreme Court had vacated in 1958, into its original use as a courthouse. In 2004, the restored Supreme Court building was dedicated in a ceremony that included Supreme Court Justice Sandra Day O’Connor as the keynote speaker.

“This is a part of your legacy, the work you have done for the state and for the judiciary,” said Chief Justice Johnson at Calogero’s 2008 retirement. “To have us back here is a magnificent accomplishment. I appreciate it all the more when oral arguments are dragging on and I can look out the window and see a ship riding the crest of the river,” Johnson joked.

At that same retirement ceremony, former New Orleans mayor and Appeals Court Judge Moon Landrieu, a longtime friend and former law partner, recalled a much different era in Louisiana politics and law, during the years before Calogero was elected to the high court in the early 1970s. When Calogero took office, Landrieu said, the court “took a dramatic turn for the better.”

“As I look at this court today and see the effect of his even-handedness, his sense of justice, his love of humanity, I can’t help but think of the enormous debt we all owe to him,” Landrieu said.

The two men were classmates at Loyola University Law School, where Calogero graduated first in his class. After graduation, Calogero clerked for judges at Orleans Parish Civil District Court, then joined with Landrieu and partner Charles Kronlage Jr. to open a small law office on South Broad Street in 1957.

“He has been a great chief justice. He has served with courage, with honesty, intelligence and wisdom and without bias or prejudice,” Landrieu said.

In 1972, three years after Landrieu had been elected mayor and left the practice, Calogero, a Democrat, was elected to fill an unexpired term on the Louisiana Supreme Court. He was re-elected to the seat for decades.

In addition to serving in private practice, Calogero served as a law clerk to the judges of Civil District Court in Orleans Parish prior to practicing law. He also served as a military police officer and as captain in the Judge Advocate General’s Corps of the U.S. Army from 1954 to 1957.

A New Orleans native and graduate of St. Aloysius High School (now Brother Martin), Calogero graduated first in his class from Loyola University College of Law. In addition to Landrieu, another one of his Loyola classmates was future Xavier University president Dr. Norman Francis, the first African-American graduate of Loyola’s law school.

Calogero said in a 1998 interview that his father, a New Orleans police officer, put him on the career path that would shape his life.

"My aunts wanted me to become a CPA; my daddy said, 'Like hell,'” Calogero told The Times-Picayune. Instead, the father arranged a visit with a friend who was an assistant city attorney. "He said, 'George, tell my son why he wants to be a lawyer,'" Calogero said. The lawyer told the young man about the law and the advantages of being self-employed, then suggested he enroll at Loyola.

“It turned out that I loved the law from the start,” Calogero said in a 2014 interview with Loyola’s alumni magazine. “I really enjoyed everything about it, and I still love it today. That decision was made not by me, but by my father, but it was a good one, a superb one.”

While at Loyola he served as President of the Student Editorial Board of the Loyola Law Review. Decades later, he received a Master of Laws in Judicial Process from the University of Virginia.

Calogero was the recipient of numerous awards and honors over the years including Distinguished Jurist Awards from the Louisiana Bar Foundation and Pro Bono Project. He was inducted into LSU Law Center’s Hall of Fame, presented a Doctor of Laws degree honoris causa from Loyola School of Law and was an honorary member of the LSU Center’s Order of the Coif. Loyola awarded him its highest honor, the Integritas Vitae award, in 2009. Loyola’s College of Law also awarded him its St. Ives Award.

Calogero taught as an adjunct professor at Loyola and lectured at Harvard University and the University of New Orleans.

In Calogero’s honor, the Louisiana Bar Foundation instituted the annual Calogero Justice Award, which recognizes a local, state, or national organization or individual who significantly contributes to Louisiana’s justice system.

In 2005, he became one of the first inductees into the Louisiana Justice Hall of Fame and in 2007, the American Judicature Society awarded him the fourth annual Dwight D. Opperman Award for Judicial Excellence.

As a Loyola alumnus, Calogero has judged law student Moot Court competitions, served on the College of Law Visiting Committee and taught as an adjunct professor at Loyola. He has also lectured to law classes at the University of New Orleans and Harvard Law School.

He is survived by his wife, Leslie, and ten children.