The former hospital has been vacant and blighted since Hurricane Katrina. 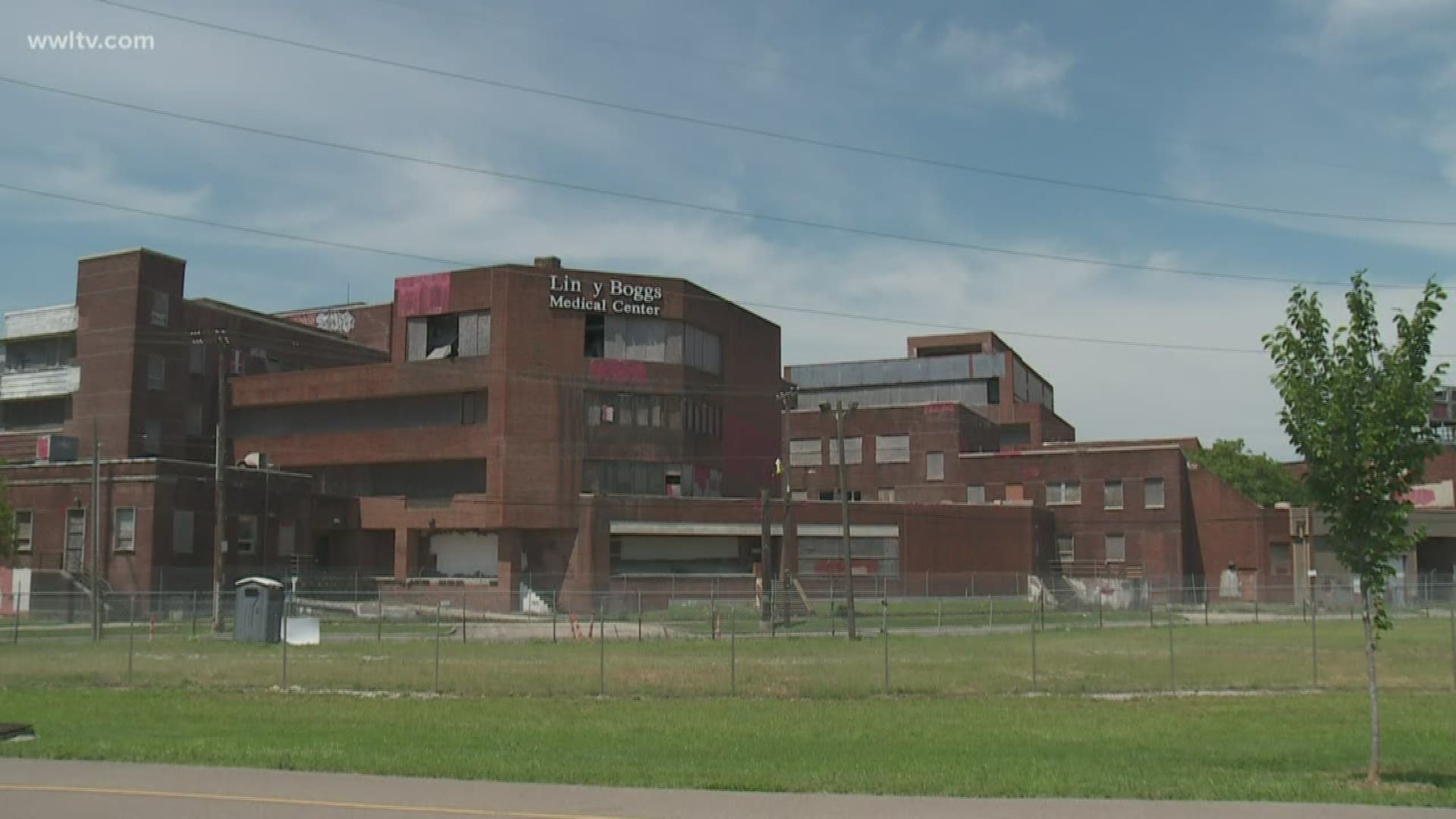 NEW ORLEANS — The future of the former Lindy Boggs Medical Center has been in limbo since Hurricane Katrina’s flood waters forced its closure almost 14 years ago. Now, plans are in the works to transform the vacant building at Bienville Avenue and North Jefferson Davis Parkway into senior housing.

MCC Real Estate, the developer, on Monday told the Mid-City Neighborhood Organization that it plans to put 266 beds into the building, with 116 going toward residents of a nursing home and 150 for those who need memory care, according to the Mid-City Messenger.

MCC also said it is in talks with three possible operators of the facility and hopes to select one within 60 days.

Funding for the work, which would wrap in 2021, would hopefully involve state historic tax credits, MCC said.

Crews have already done $1.2 million in remediation to remove lead, asbestos and two underground tanks. The building itself is now described as a shell.

On Tuesday, a city worker tacked up a new list of violations the building’s owners face, including broken windows, graffiti and rodent problems.

“That thing can catch on fire. I mean, it’s abandoned,” said Mid-City resident Robert Orbaugh, who has lived in the neighborhood for nine years. “There were people living in there.”

In fact, the New Orleans Fire Department responded to a small fire in the former hospital in February.

Jay Vogel often visits the city to see his daughter. The North Carolina resident said even he can tell how much the vacant hospital bothers neighbors.

He hopes that the next time he visits, he sees change underway. “At least cosmetically to see that it’s at least cleaned up a bit,” he said.

The possibility of work at Lindy Boggs comes at a time when that part of Mid-City is undergoing a mini construction boom.

The Lafitte Greenway has spurred other development, including the new Wrong Iron bar and new apartments nearby being built by Sidney Torres, who also plans to build an outdoor mall on 7 acres across the street from the hospital given the update from MCC, he told The New Orleans Advocate.

It’s all welcome news for nearby business owners, such as Scot Craig, with Katie’s Restaurant and Bar.

He said it took him five years to rebuild his business, but he also said the time has come for something to happen with the Lindy Boggs building.

“I know it's hard. I know everything doesn't happen overnight. But it's time to get moving,” he said. “Make it happen. just make it happen."