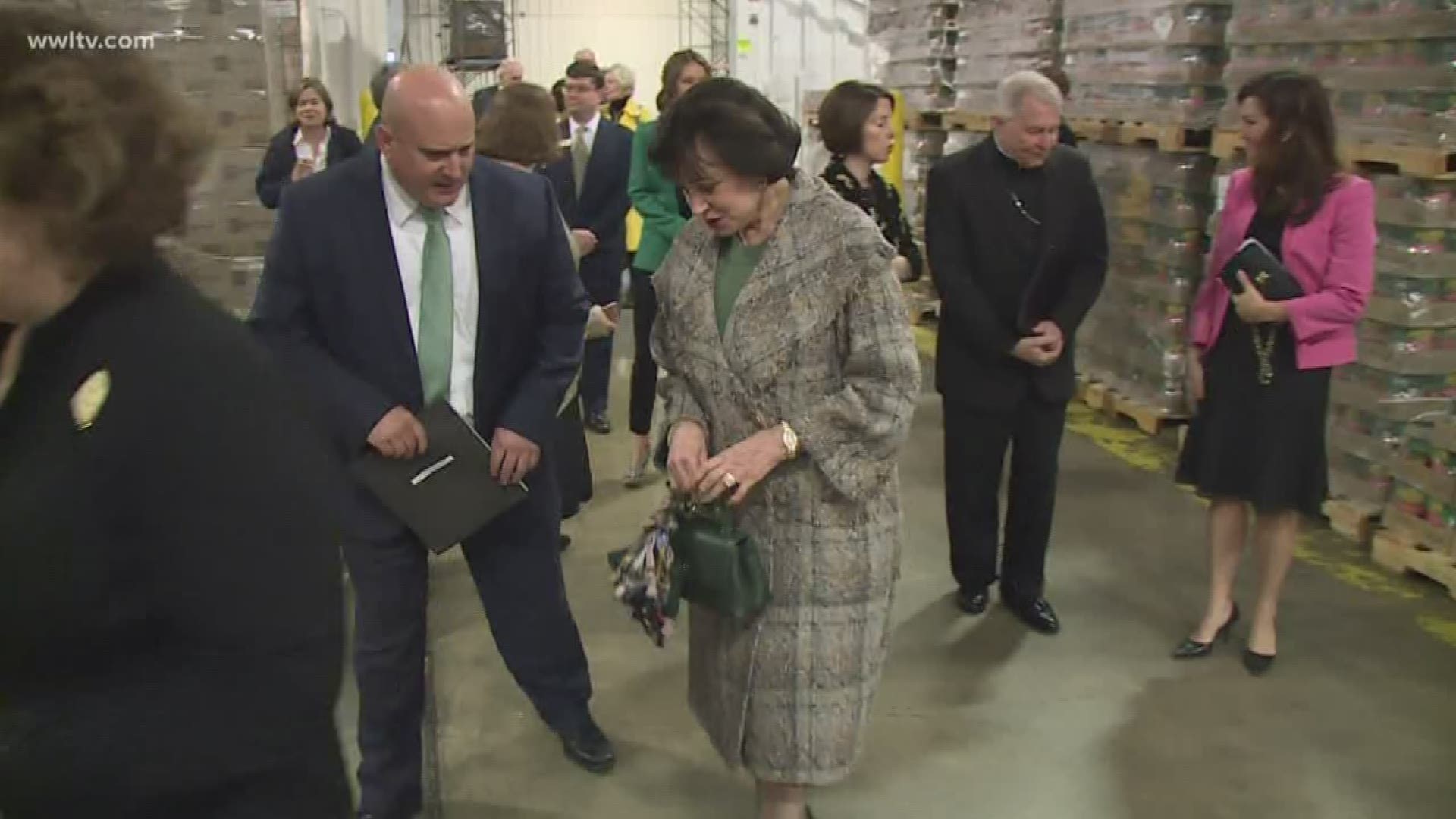 NEW ORLEANS — New Orleans Saints and Pelicans owner Gayle Benson announced a donation of $3.5 million to Second Harvest Food Bank on Friday, the first anniversary of the death of her husband Tom.

The food bank, which is affiliated with the Archdiocese of New Orleans, said the donation, which is being made through the Gayle and Tom Benson Charitable Foundation, is the largest monetary donation to Second Harvest in its 37-year history.

The donation follows an announcement last month that Benson had pledged $5 million to Jesuit High School for improving the school's athletic facilities. It is the latest in a list of donations by the Bensons, both devout Catholics, to Catholic causes in the area.

Tom Benson died March 15, 2018 at the age of 90, leaving his wife Gayle in control of the Saints and Pelicans and making her the richest woman in Louisiana.

Other financial gifts she and her husband have made over the years include support for Ochsner Health System, Notre Dame Seminary, Loyola, Xavier and Tulane universities and Brother Martin and St. Mary's Dominican High School, among many other causes.

"I am honored to be able to support the (Second Harvest) mission to fight hunger," Gayle Benson said in a press release. "The staff and volunteers of Second Harvest do so much for so many, and they use every dollar donated to them to meet the needs of people who do not have enough food.  I am happy to help make sure that they have the infrastructure they need to do their critical work."

Second Harvest was founded by Archbishop Philip Hannan in 1982 and with its community partners serves people in 23 parishes.

"Hunger impacts our community in ways that many of us could never imagine, and Second Harvest exists to bring awareness to the issue and, perhaps more importantly, provide food and meals to those in need through many different programs," said Archbishop Gregory Aymond in a statement.

RELATED: Gayle Benson is a Not-so-Secret Santa for some New Orleanians

"We have literally reached the ceiling on the support we can supply to our community," said Second Harvest President and CEO Natalie Jayroe in the statement. "This incredible gift from Mrs. Benson will have an immediate and long-term impact on our ability to serve those most at risk in the greater New Orleans area and beyond."