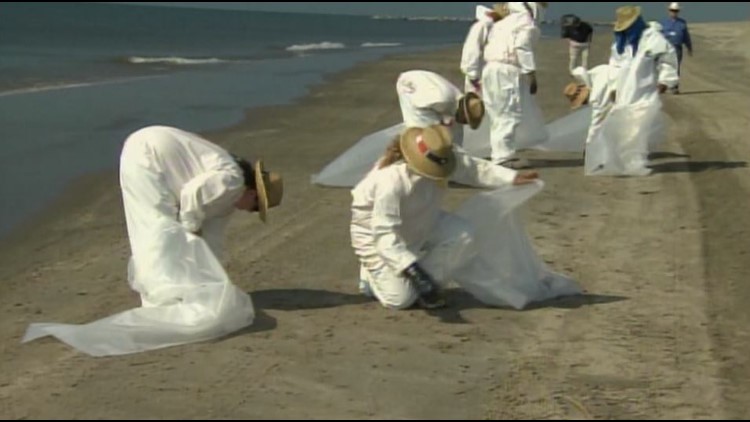 NEW ORLEANS -- Oil spill settlement class members have joined a growing list of those filing briefs to the U.S. Supreme Court as the high court draws closer to a decision on whether to hear BP's appeal of the settlement's implementation.

The Supreme Court first heard from BP's allies about why it should take on the complex appeal: the British government, the Federation of German Industries, the U.S. Chamber of Commerce and former BP claims administrator Ken Feinberg all urged the court to hear the case by arguing that allowing businesses unaffected by the spill to collect payments was improper and would deter future class-action settlements.

But over the last few days, the court has received briefs from so-called "amici" – friends of the court -- asking the justices not to hear the appeal. Eight of the Chamber of Commerce's Gulf Coast affiliates rebelled against the parent organization because they represent thousands of business claimants. And the court-appointed claims administrator, Patrick Juneau, said BP is wrong when it says he is paying large numbers of claimants who did not prove the spill caused their losses.

The plaintiffs made some of the same arguments in their filing Wednesday, but while Juneau was careful to say he wasn't taking a side, the plaintiffs had no such need to remain neutral. They said BP and its supporters "mischaracterize the decisions (of the district and 5th Circuit appeals courts) as approving a settlement that includes class members who were not injured by the oil spill."

The plaintiffs argue that BP missed its window to appeal the settlement when it stood before the district court in November 2012 and said it was fair and asked for its approval. Subsequently, BP argued that Juneau was misinterpreting the rules for establishing if a claimant's losses came from the spill and paying businesses that were not actually injured by BP's actions.

But the court record shows that before the fairness hearing, BP explicitly agreed to pay so-called "false positives" -- losses that may have come from factors other than the spill -- as long as the claimant passed a causation test.

Even BP's main ally on the 5th Circuit Court of Appeals, Judge Edith Brown Clement of New Orleans, questioned why the company would agree to a scenario where losses were presumed to come from the spill when they clearly did not, and BP attorney Ted Olson told her in open court that it was "part of a compromise.

"We continue to believe that the issues we have raised are critical to the future of class action law and American business, and merit Supreme Court review. We will respond directly in our reply briefs filed with the Court."