“We have furniture that has been stolen, walls busted, air conditioning units and heating units just thrown away from the wall,” the property owner said. “Not one unit, eight units!” 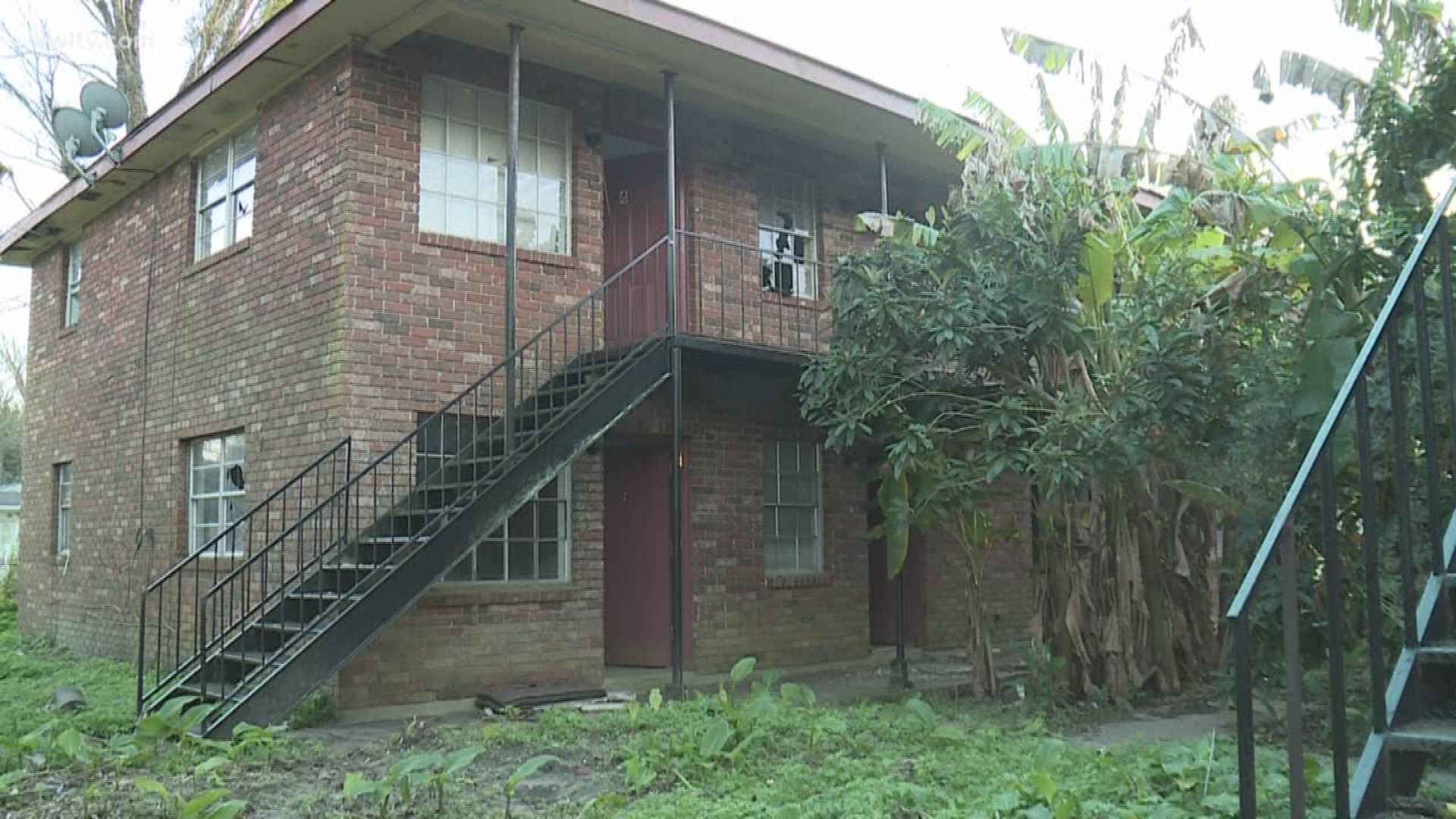 A Hahnville apartment complex, which the owner wants to be a home for veterans in St. Charles Parish, was severely damaged by thieves and vandals over an eight-month period in which the property was left unattended, according to the property owner.

Lisa Carey with Veterans Housing Outreach Ministries showed the damage to Eyewitness News reporter Paul Dudley on Tuesday. As she stepped over broken glass she almost couldn’t believe her eyes. The complex off of Byrd Lane was supposed to be the future home of veterans struggling with cancer, PTSD and other illnesses.

“We have furniture that has been stolen, walls busted, air conditioning units and heating units just thrown away from the wall,” said Carey. “Not one unit, eight units!”

Led by Carey’s group, the effort to transform this building started in 2014. Volunteers painted, gardened and fixed things up.

“This would have been able to house up to 50 people,” said Carey. “We could actually have a bus or vehicle that would come from the Veteran’s Hospital to bring those vets into the New Orleans area.”

While the group awaited permits related to the sewage and the upstairs railing, the property was left unattended. Over the course of those eight months the place was gutted by thieves and vandals, according to Carey.

“They cut out all the copper wiring,” said Carey. “And it’s not much, I don’t think.”

Carey said she had no idea this was going on until she got a note from Parish officials stating the building had been burned in a fire and that it must be demolished in 15 days. The place is in bad shape but Carey says there was no fire.

“When I spoke to the police he was just flabbergasted. He went into ever unit and he saw no fire damage. We don’t see a fire. We see a lot of damage,” said Carey.

Fearful this could be the end of her dream to help veterans in Hahnville, Carey is hoping people might be willing to help. And though it’s a long road ahead she knows with some assistance this complex can be rebuilt.

RELATED: More than 2,300 troops remain deployed at the southwest border

According to St. Charles Parish Planning Director Michael Albert, the property has had a number of code violations dating back roughly five years, however, his department did not release a demolition notice.