They had no idea that a high-tech 3D printer would be part of her medical care. 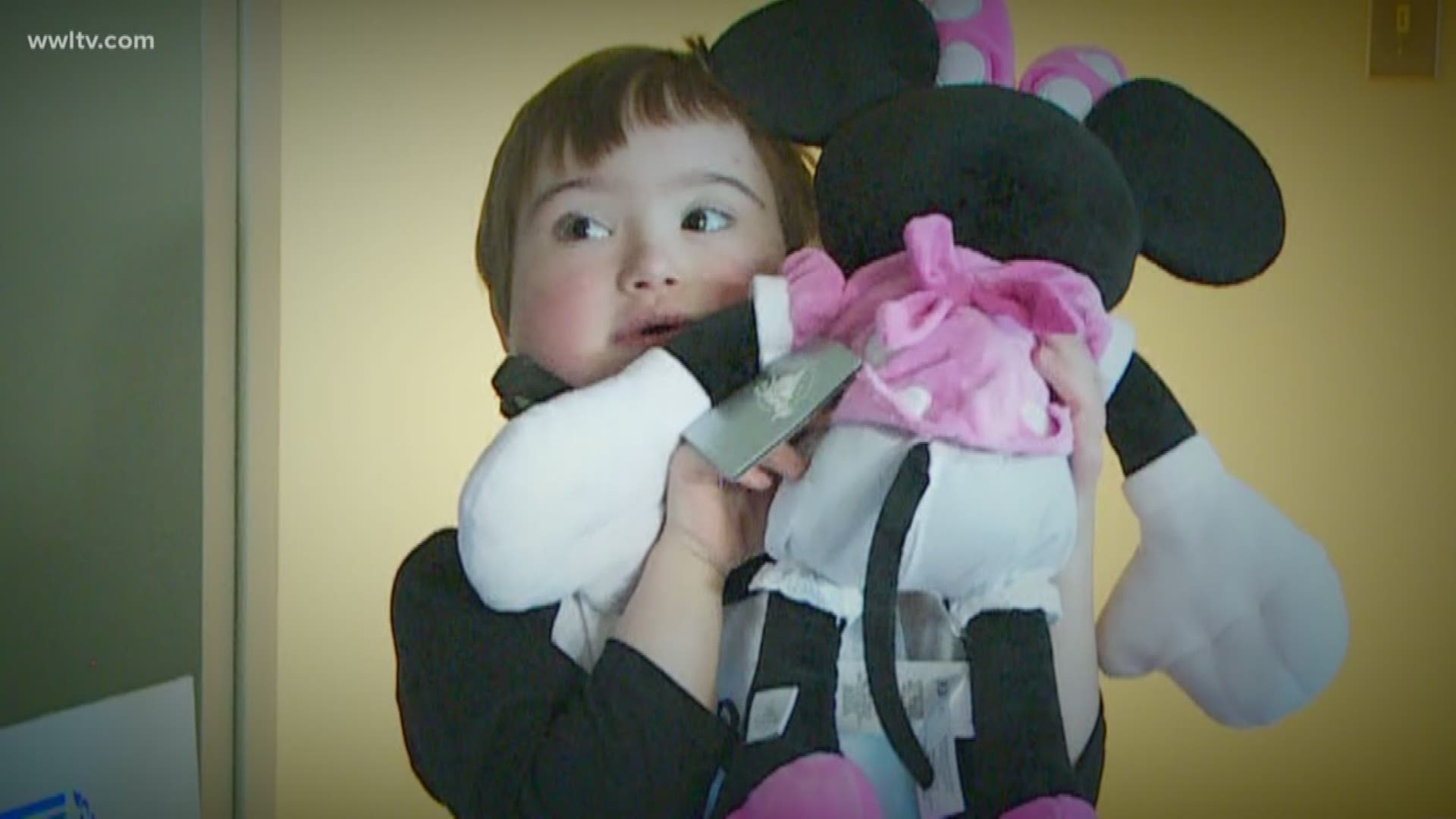 Parents from Picayune, Mississippi have spent the last year and a half traveling to New Orleans for life-saving treatment for their special needs little girl.

It's been tough recently for the Lowe family. One of four children, 6-year-old Jalanea, has Down syndrome, and that put her at risk for two other serious medical complications. She was diagnosed with both.

"We thought she was just tired from trick-or-treating the night before staying up late," said her mother Donna Lowe.

The first complication was leukemia.

Jalanea's mom, Donna Lowe, remembers cutting off her long hair and throwing it away as it began to fall out during chemotherapy.

"When I cut it the first time, I threw it in the garbage, like we set in the bathroom and I threw it in the garbage. She went and got it out of the bathroom and tried to stick it back on her head. To say that was probably one of the lowest points. We sat on the floor and ugly cried. That's what you do when your baby's going through something like that," said Donna Lowe.

"I was scared to death. I mean, I completely shut down and we came here and these people gave us hope and confidence that everything was going to be OK," said James Lowe, Jalanea's father.

Her Ochsner doctor diagnosed her with another common condition in children with Down syndrome, weakness in the neck so the weight of her head starts compressing her spinal cord. Left untreated, Jalanea eventually would not be able to breathe. So she became the first patient with this condition to benefit from 3D printing of her neck. With the brain and spinal cord so close, this allowed doctors to study and plan where all the plates and screws would be placed before going into the O.R.

"You have to go into surgery with an effective plan and the printing really allows us to see that and we're even looking at it in the operating room," explained Dr. Paul Celestre, an Ochsner Orthopedic Spine Surgeon.

And after all of this, the family got a surprise.

"We've worked with Make a Wish Foundation and we're actually going to grant your wish to go to Disney World," Ochsner CEO Warner Thomas announced to the family.

And when they go on the trip, Ochsner will send a child life specialist to help, so mom and dad can have fun too.

"She's just special. She never quits. She's a fighter. It makes us happy," James said about his little girl.

Jalanea is still getting chemotherapy but her leukemia is in remission.

For more on 3D printing at Ochsner click here for more information.