A medical breakthrough, a procedure called RECELL, is making it possible for patients to look completely whole again. 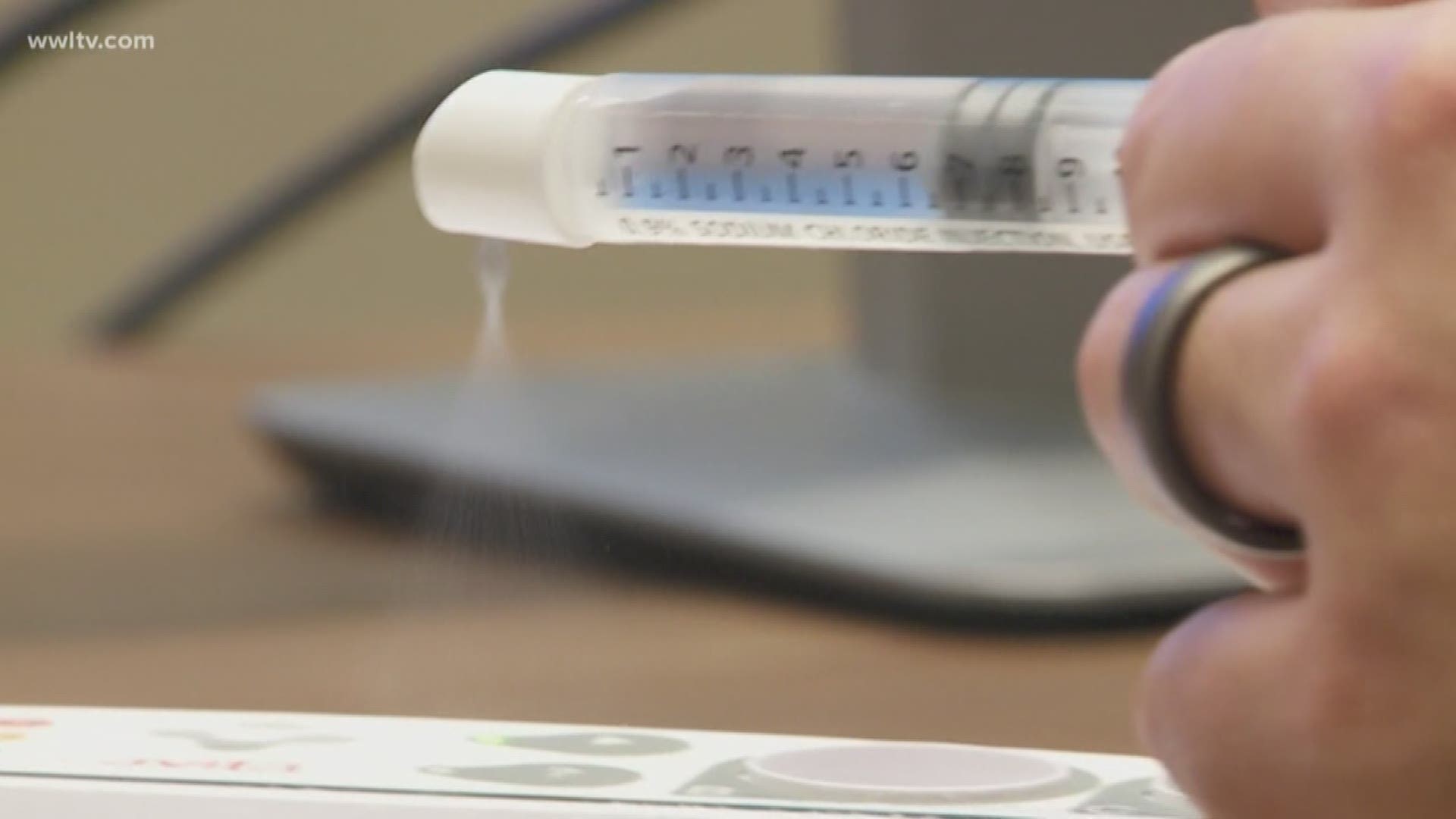 There are often two types of severe injuries that happen when people are burned.

There are the horrific external scars that disfigure and take away movement and function. And the internal ones, that can take away dreams and cause a person to become a recluse.

A new medical breakthrough, is making it possible for patients to look completely whole again.

A 12-year-old girl is burned severely over two-thirds of her body. Her face is not spared. The preteen was the first person in North America to have the new treatment done on the face.

LSUHSC Burn and Critical Care Surgeon Dr. Jeffrey Carter, who is the Medical Director at the UMC Burn Center, performed that ground-breaking procedure.

What could have been a devastating life sentence, living inside of a disfigured outside, is 'cured.' The preteen heals over the weeks and months and a year later, her youthful, smooth skin, natural coloring and complexion are normal, along with normal teen worries.

"One month she comes back and she's upset about acne, so there are a lot of things we can cure, but adolescence wasn't one of them," said Dr. Carter about the preteen, whom he treated in another state.

What you are about to see is a game-changer. It's medical technology for wound healing of burns, tested in part, in New Orleans at the new Burn Center that opened this year in University Medical Center.

"I came to in the middle of my yard and I was on fire. For some reason, I don't remember the explosion," remembers Noah Young, 17, of Livingston. "And I looked down and there was pieces of skin, meat hanging everywhere. This was pretty severe. It was pretty much to the bone."

"It was bike night in July, and I was out riding with some friends and had an accident," remembers Sargent Brian Shepherd, an ROTC teacher at Chalmette High School. "We were taking off and stuff, you know, and an animal ran out in front of me. And so I went to avoid the animal and I hit the neutral ground, and hit the neutral ground and my bike flipped. That's when it started ripping and tearing and everything else, so I was acquiring quite a few burns."

Noah and Sgt. Brian were among the first 250 research patients in the U.S., to have that same new treatment for burns. They are still healing from the surgeries that were performed just a few months ago, but both were able to cut their time in the hospital, in half, with far less pain and infection, swiftly regaining function and range of motion.

"Most people who have burn scars, you can't even pick them up or move them like that. They're like hard and plaque, thick and yours are very soft and subtle," Dr. Carter tells Shepherd as he manipulates him in the exam room.

Noah is now planning to go to welding school after he heals. He and his brother were sitting by a camp fire at home. After his brother went inside, a gasoline can, that was way too close to the heat, exploded. It burned 51 percent of his body and melted his clothes onto his skin.

"There's no way to describe when an event like that happens, you know, and what it does to you. To see your kid hurt that way and be so helpless, I mean, there's truly nothing that you can do," said Eric Young, Noah's father.

Dr. Carter offered them a procedure called RECELL by AVITA Medical. It recently got FDA approval, but just a few months ago, Dr. Carter asked the burn patients, if they wanted to be part of the clinical trial to test it.

"Once he explained the process to me and how painless it was going to be, I was, I was sold," said Sgt. Shepherd.

RECELL takes a small sample of your healthy skin, far less than a skin graft would require to cover the burned area. In less than 30 minutes in the O.R., it is heated and processed with enzymes separating the cells in a portable kit. Doctors then put that solution of skin cells in syringes and simply spray it over the burned area. The science was developed in Australia and is the first real advancement in burn care in 20 years. The difference is clear in a medical picture of a young child in a clinical trial, with one side treated with RECELL and the other with skin grafts.

"It allows us to take a small piece of your skin and instead of treating it like wallpaper, we're able to apply it like spray paint. And it's the first time that they've been able to really apply regenerative medicine from the patient, for the patient, at the time of surgery, which is what makes it remarkable," said Dr. Carter.

RECELL can be used over traditional skin grafting on very deep wounds, as well on top of a synthetic that is a polyurethane foam, that acts to rebuild the foundation of the skin in severe burns. Noah was the first to have that procedure.

When asked what got him through the traumatic ordeal, Noah replied, "My daddy. He really helped a lot and he was a big motivation."

While there has been emotional and physical pain, and hard fought rehabilitation, some of which still lies a head, this game changer has become a life changer.

"I was slated to be here for 60 days, but I was only here for 19 and I walked out," said Sgt. Shepherd, about the hospital stay he would have originally needed since he was burned over 20 percent of his body. "The RECELL and stuff has been, it's been a blessing. I mean, it was. I mean that was really no down time for me hardly at all."

"I told Dr. Carter, I thank God every day for putting him in our path," said Eric Young.

The many pictures of smooth, healed skin tell the story, but none as well as the healed hearts or those words of a grateful parent.

The surgical team at the UMC Burn Center has had such good results with the new technology, that a team from the AVITA Medical company is in New Orleans this week being trained.