When asked if he is concerned about the lung problems related to vaping, LSUHSC pulmonologist Dr. Stephen Kantrow responded, "Yeah, absolutely." 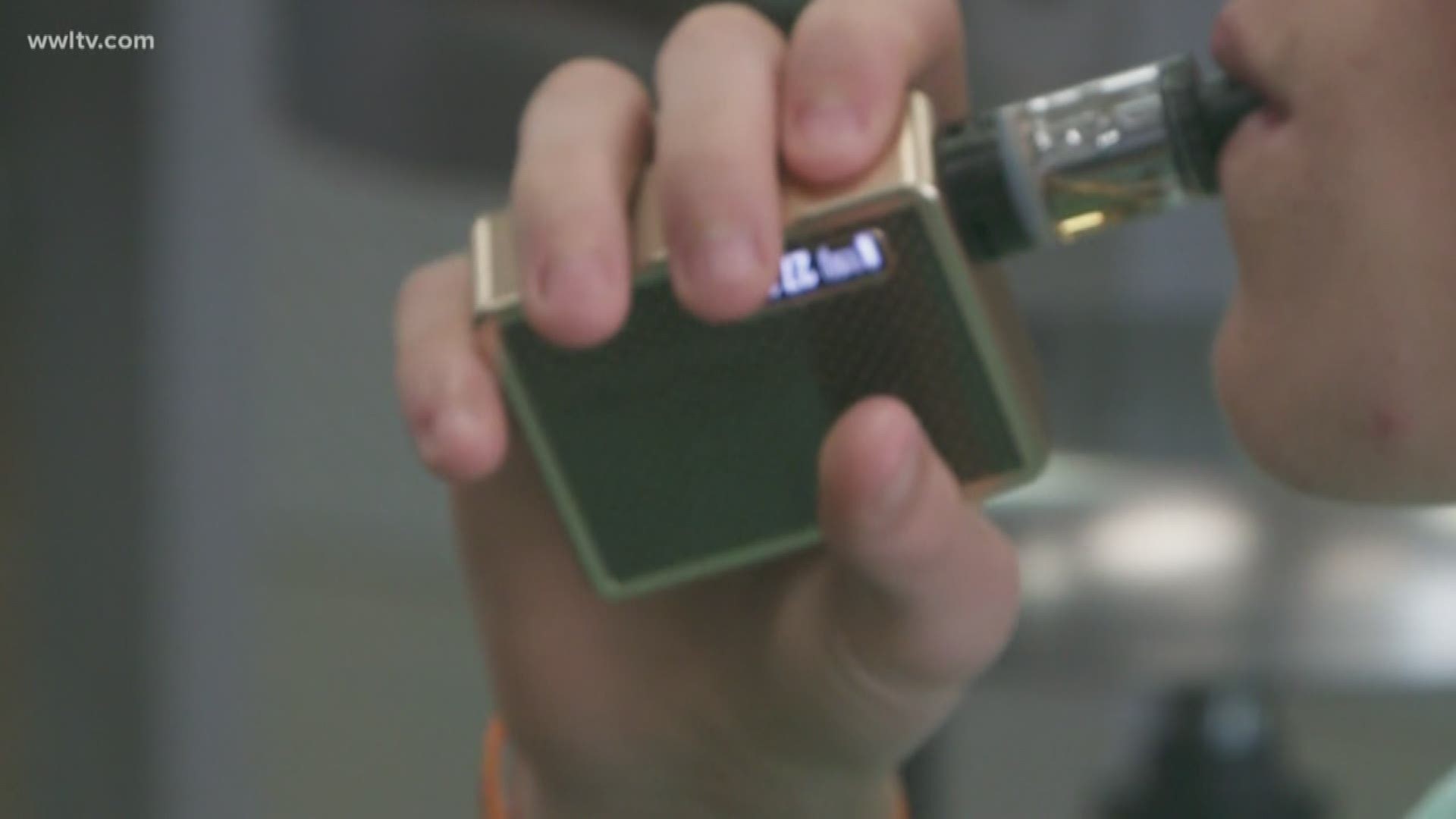 NEW ORLEANS — Stop vaping. That's the message from doctors as they try to figure out why so many people are starting to come down with serious breathing illnesses.

When asked if he is concerned about the lung problems related to vaping, LSUHSC pulmonologist Dr. Stephen Kantrow responded, "Yeah, absolutely. This is a very dangerous problem."

Vaping has become extremely popular, especially among young people.
But it can be dangerous.

So far, 450 illnesses have been reported involving vaping in the U.S.

Nine of those are in Louisiana, and local doctors tell us some are in the New Orleans area.

Four people in the U.S. have died, most recently  in Indiana. Health officials say no single vaping device, liquid, or ingredient has been tied to all of the illnesses.

When Dr. Kantrow looked at the lung scans just published by the New York Times, he knew something was wrong.

"This is a very dramatic abnormality of the CT scan," he said.

Doctors throughout the U.S. and in Louisiana are trying to figure out what is causing so many young adults to have such acute lung damage after vaping. One of the concerns is that empty cartridges, that were easily found online, are being filled with all types of different oils, from vitamin E to marijuana.

RELATED: 9 cases of pulmonary illness in Louisiana due to vaping, according to La. Dept. of Health

"There's been evidence of oil in lungs on biopsies for many of these people and vitamin E could easily be part of the story," said Dr. Kantrow.

"That's a problem with these is that you don't know for sure what you're doing. The best is not to vape," said Louisiana State Epidemiologist Dr. Raoult Ratard.

The Louisiana Department of Heath is asking any doctors, who have seen lung damage potentially from vaping, to report it so the CDC can study what some are calling an epidemic. The state epidemiologist says young and middle-aged adults across the U.S., and here in Louisiana, are getting an unexplained pattern of  pneumonia, without any evidence of a bacterial or viral infection.

"And all at once they have chronic disease. They start having pulmonary problems, cough, shortness of breath," said Dr. Ratard.

We talked to people who work in a vape store, who told us, off camera, that they believe regulated products like Juul and Juno are safe and that it's the synthetic, homemade or counterfeit products that are the problem. But doctors are concerned about it all.

"This is an acute injury to the lung that we know now can be life threatening. The recovery from this, yeah, that's a part of the story
we don't know yet," said Dr. Kantrow.

And because there's no smell, parents may not even know their teens are vaping.

For more on how the Louisiana Health Department is gathering information: