As vaping-related deaths rise, cause remains a mystery

These deaths have been concentrated in a short period of time this year, causing local, state and federal leaders to take notice. 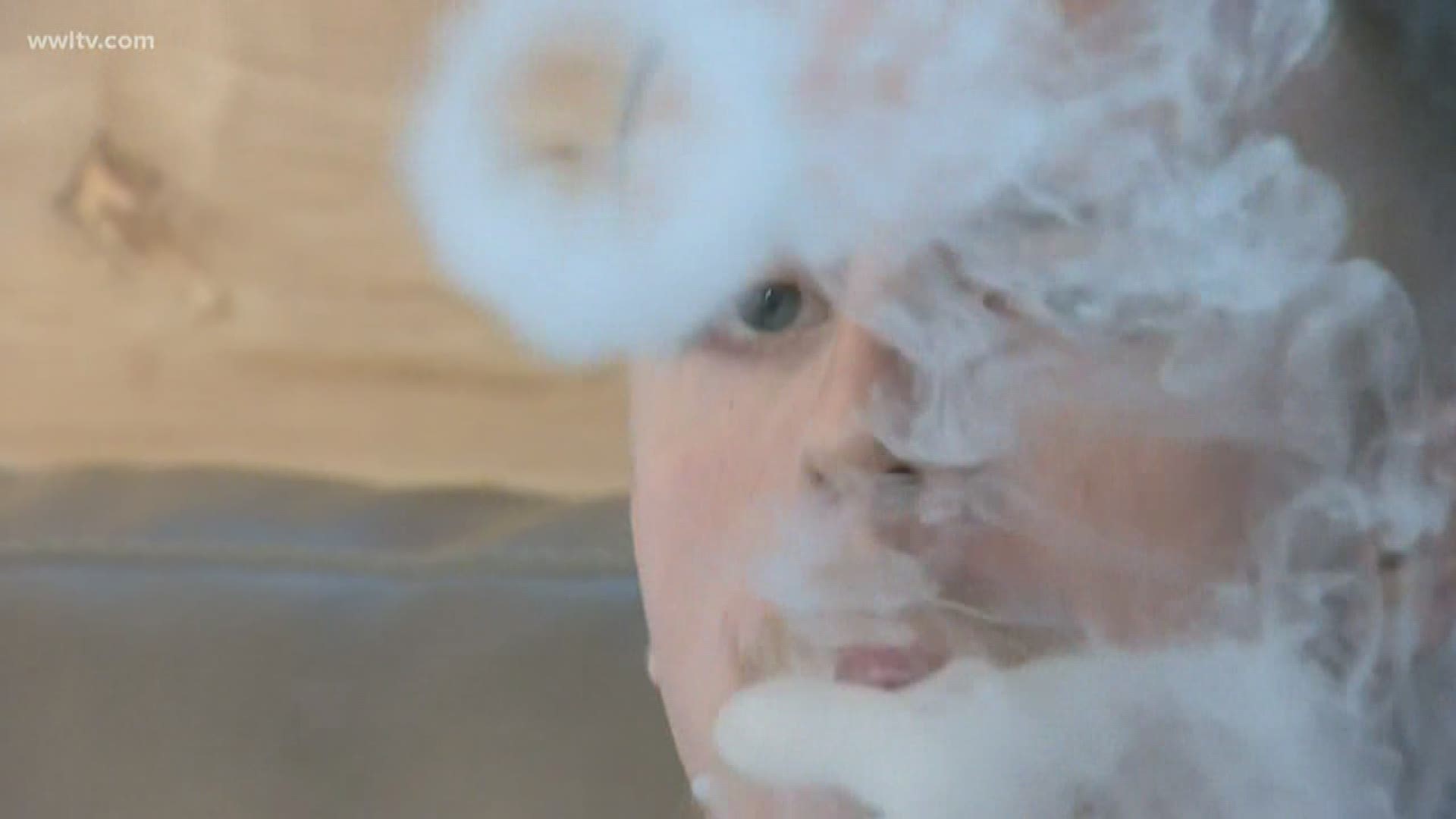 NEW ORLEANS — The number of vaping related deaths in the U.S. is now at 13 and the number of illnesses linked to vaping spiked to more than 800 this week. Health officials can't pinpoint what exactly is leading to the mysterious cases, but they've gotten attention at the highest levels of power in the country.

A member of the CDC testified at the capitol this week.

“We are getting new cases reported every day and I expect this week’s numbers to be hundreds high than what we reported last week," said Dr. Anne Schuchat, the CDC’s Principal Deputy Secretary.

That prediction was on point. Last week, there were about 530 vaping-related illnesses. This week, it jumped to more than 800.

According to the CDC so far this year, 13 people in the U.S. have died from some kind of vape-related issue. But let's put that in context. E-cigarettes were introduced in the U.S. back in 2007 and in a 12-year span, 12 people so far have died in cases related to their use.

RELATED: US investigation of vaping-related illnesses focuses on THC

What's perhaps most alarming is those deaths have been concentrated in a short period this year and no one seems to know what's behind it all.

"What we don't know, unfortunately, is the cause. We know that most of the reported cases with information available so far describe e-cigarette use containing THC, or THC and nicotine e-cigarette use," said Schuchat.

President Trump this week said banning most flavored vaping products is the right thing to do.

RELATED: US vaping illness count jumps to 805, deaths rise to 13

People have also died from traditional cigarettes, about 480,000 Americans each year. There are also alcohol-related deaths, about 88,000 people in the U.S. every year.

Then, there's the controversial debate about guns. In 2017, more than 39,000 people died from gun-related injuries.

By the numbers, vaping deaths don't even come close to cases of other potentially deadly elements. That, however is a fact that may mean little to those who've already lost loved ones.