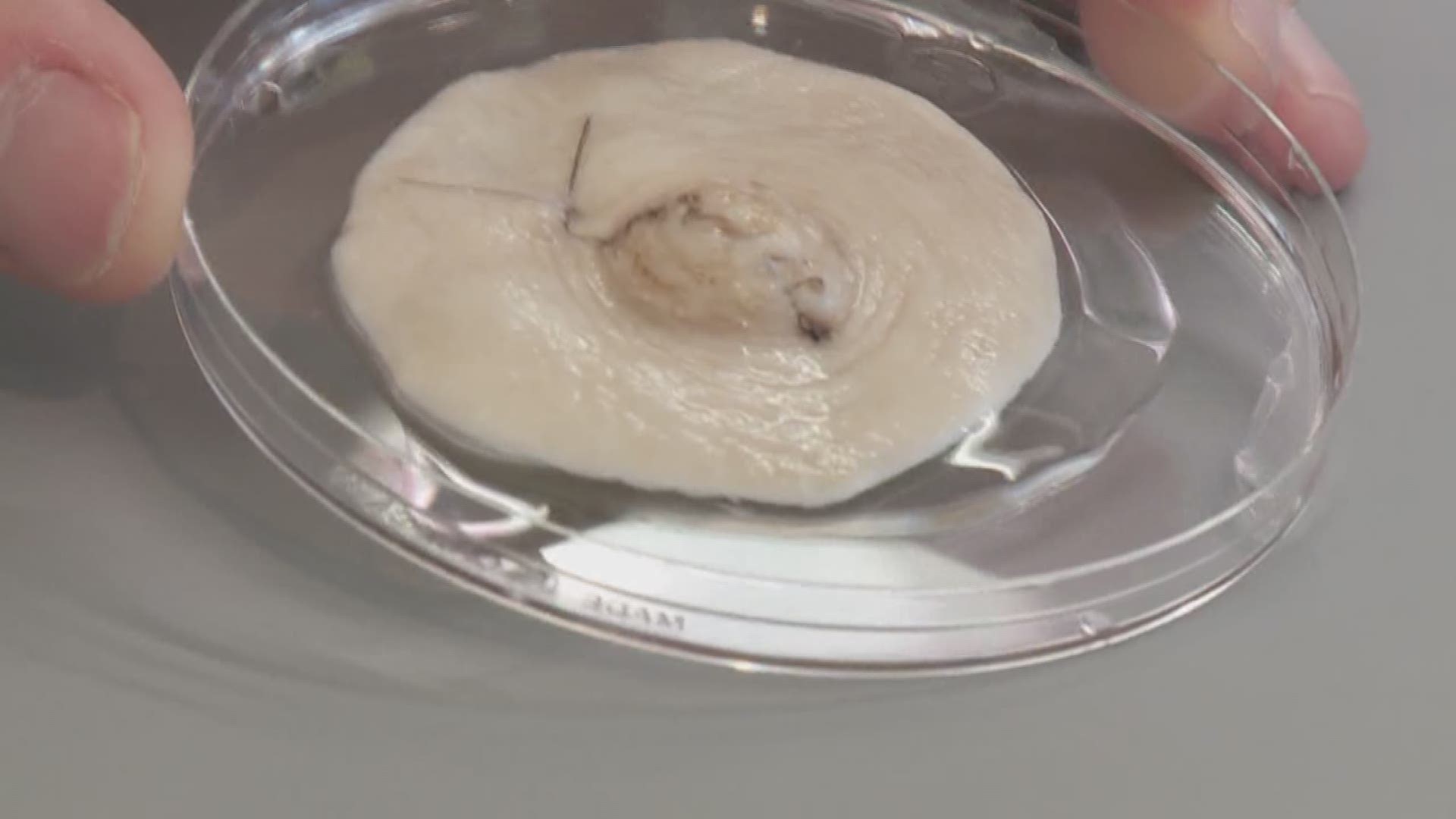 NEW ORLEANS - It's a scientific innovation that could change the lives of patients recovering from breast cancer surgery.

In 2016, we told you about a Tulane student working on his Ph.D. who created a way for women to look whole and natural after a mastectomy and now he's caught the attention of Silicon Valley.

Nick Pashos has been working on his Ph.D. in BioInnovation at Tulane and developed a way for a woman who's had a mastectomy, to have a real nipple and areola on her reconstructed breast mound. Right now, many turn to a pigment-colored, two-dimensional tattoo.

"I've met some very incredible breast cancer survivors who have told me their stories, some of the strongest people I've ever met actually. And so, it does bring an emotional aspect to it now too," said Pashos, who hopes to finish his Ph.D. at the end of the summer. He is also the CEO and Founder of BioAesthetics.

Just as there are organ donors after death, a real nipple and areola can be harvested as well, or taken from mastectomy tissue. Pashos then removes the cells and DNA, and is left with a natural collagen and elastin graft-like scaffolding. That graft can sit on a shelf and be stitched on top of a reconstructed breast. His lab and animal model studies show then, that skin, blood vessels and nerves can grow through the graft, making it part of the woman's body.

"So patients themselves will grow into it and completely regenerate," said Pashos.

Nick is part of the only BioInnovation Ph.D. program in the country, a Tulane program to help take science and academics to the marketplace. Ideally, those new companies would stay local.

"I'd love to have these students return, stay in New Orleans and develop our biomedical engineering infrastructure here," said Dr. Donald Gaver, Tulane Professor and Department Chair of Biomedical Engineering and Director of the BioInnovation Ph.D. program.

Indie Bio in San Francisco, awarded Nick and his business partner Billy Heim, the opportunity and funds to further his scientific testing on the graft and business plan to bring it to patients.

"So to see it come to fruition and to have the potential to be in people within a year's time, you know, it feels really good. It feels great. And I would love to just see it on one person, help one person and I think my entire Ph.D., how I've spent it, would be worth it," said Pashos.

Pashos believes there is potential to bring this graft to women within a year. He is also working on pigment coloring of the graft.

For more on Pashos' company:

For more on the accelerator company that awarded his the grant: