The implants are associated with nearly 600 cases of lymph cancer worldwide. It may be from the inflammation and fluid they cause in the breast. 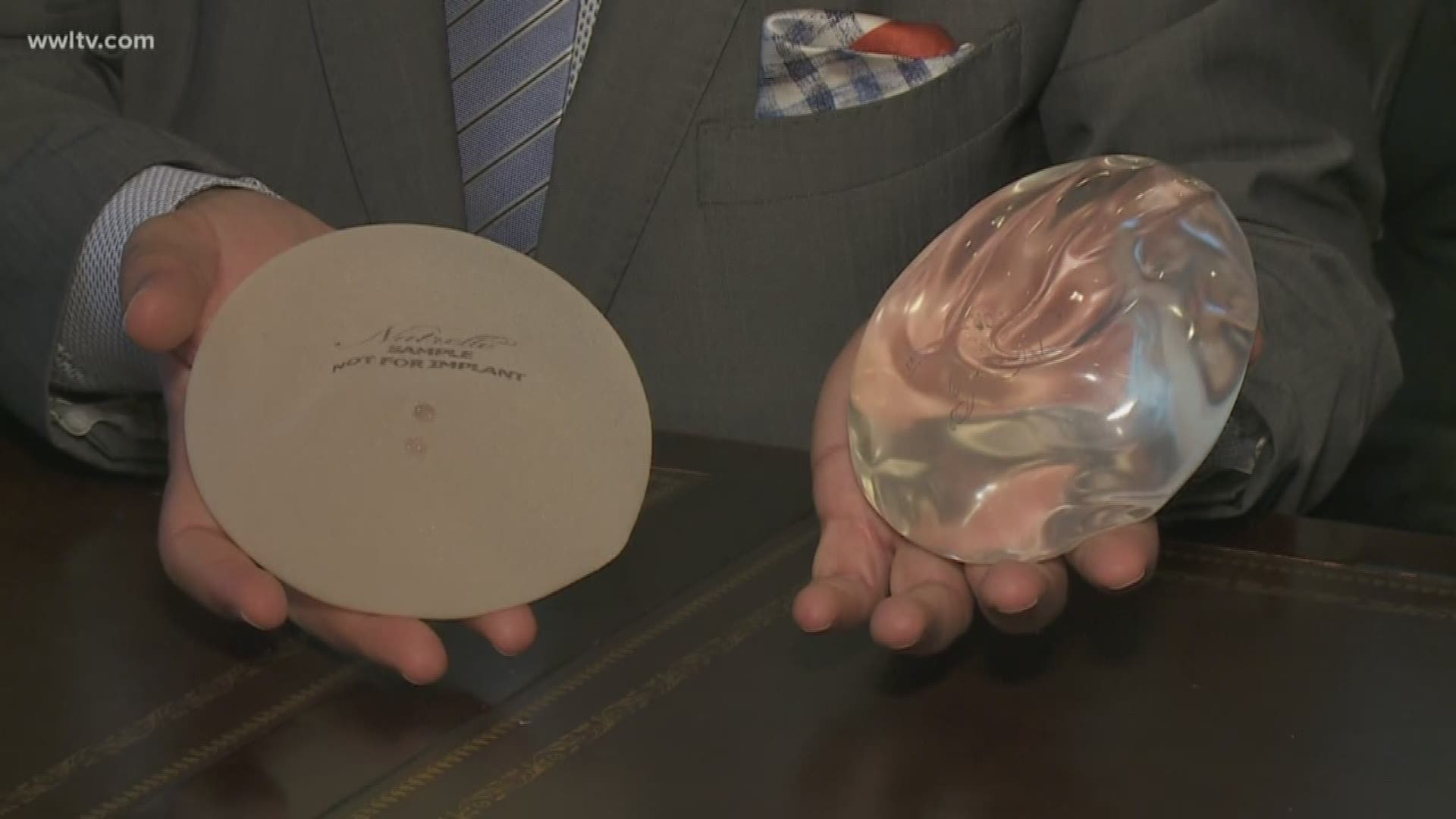 NEW ORLEANS — The FDA asked Allergan, a breast implant manufacturer, to recall products with a textured shell after new research showed they may be implicated in hundreds of cases of cancer.

Worldwide, the implants are associated with nearly 600 cases of lymph cancer. It may be from the inflammation and fluid they cause in the breast

"The phones have lit up tremendously as the media coverage and the social media wave that's occurred," said Dr. Frank DellaCroce, co-founder of the Center for Restorative Breast Surgery.

DellaCroce is a plastic surgeon specializing in micro-surgical breast reconstruction. He says women are worried about the recall of textured breast implants made by Allergan.

"They are not causing breast cancer per se, they're causing a form of lymphoma that tends to be localized, just to the area where the implants were placed. It can rarely spread," DellaCroce said.

He says they are mostly used in reconstruction after mastectomy.

Plastic Surgeon Dr. Kamran Khoobehi replaced one patient's fake breasts with her own body fat last week for a more natural look. Now with the recall, the patient said she is glad she made the switch when she did.

"Do not panic. That is the key thing ... do not rush to remove your implant," Khoobehi said.

He is in private practice in Metairie and Uptown and is a Clinical Professor of Surgery in the Division of Plastic & Reconstructive Surgery at LSU Health Sciences Center.

Both doctors said anybody who thinks they might be affected should see a board certified plastic surgeon for an exam, and look for any swelling, change in sensation, pain, dimpling, rash or lumps.

Solutions vary: You can have them removed, replaced with smooth implants, your own natural tissue or fat grafting.

"The treatment is removing the implant and the capsule. That usually takes care of it," Khoobehi said.

And he says for the rare advanced stages, chemotherapy or radiation may be needed.

In breast cancer patients, insurance should pay for additional surgery, but it is unlikely it will cover cosmetic patients. Many plastic surgeons are offering a complimentary consultation.