Can music re-stimulate activity to the brain?

In Alzheimer's, some of those circuits may be dead, but some are just damaged. Music reactivates them, or finds substitute pathways for the chemical messengers. 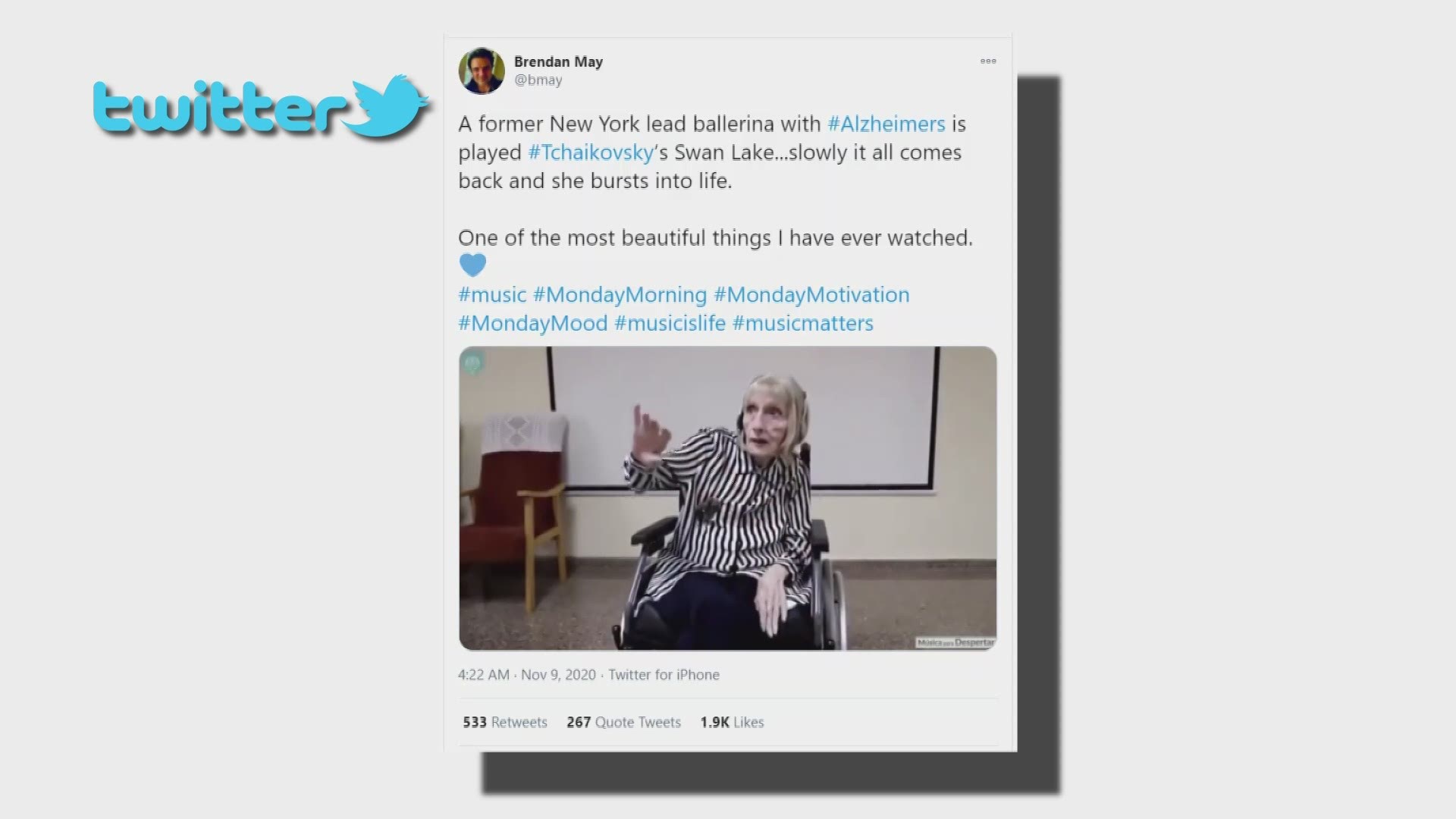 NEW ORLEANS, Louisiana — You might have seen an amazing piece of video going around on the internet.

It certainly pulls on the heartstrings and it raises important questions about the terrible disease. So what awakened her and how can this help your elderly loved ones?

“I thought it was very profound. Yes,” said Dr. Nicolas Bazan, LSUHSC Professor of Neurology and Director of the LSU Neuroscience Center of Excellence.

A former New York lead ballerina with #Alzheimers is played #Tchaikovsky’s Swan Lake...slowly it all comes back and she bursts into life.

Dr. Bazan has been researching Alzheimer's for many years. He's an Alzheimer's ambassador. He says brain imaging shows when anyone is listening to music, parts of the brain light up quickly. Music activates chemical messengers and circuits that connect different parts of the brain, for instance the pleasure or reward areas with memory areas and so on. It's an evolving area of brain science called connectomics.

“This is important because it's a new window of access to our brain. We are learning brain function by this,” explained Dr. Bazan.

In Alzheimer's, some of those circuits may be dead, but some are just damaged. Music reactivates them, or finds substitute pathways for the chemical messengers.

When asked if someone who has decline and listens to music frequently, will it slow the cognitive decline, he replied, “Yes, yes absolutely, and that is exactly what music therapy's doing.”

A story by our Seattle sister station shows seniors with brain decline smiling, singing and engaging again with music they love.

Dr. Bazan says all treatments for Alzheimer's have failed. So could learning the physiology behind these awakenings bring us new treatments?

“Music by itself is doing something great to our brain, but at the same time it is revealing a mechanism in those connections that we need to know,” said Dr. Bazan.

And Dr. Bazan and his team have recently discovered a new family of brain chemical messengers.

“I believe this is a way really, really to try to conquer this, which is one of the two last frontiers for mankind.”

And Dr. Bazan says music we enjoyed earlier in our lives seems to be the one we connect with later on, but classical music seems to do something special for the brain, even in people who have not enjoyed before.