Cancer rates have dropped for the past 30 years

And there's more promising news. Not only is the number of deaths going down, but in 2016 to 2017, there was the biggest ever one-year drop in deaths. 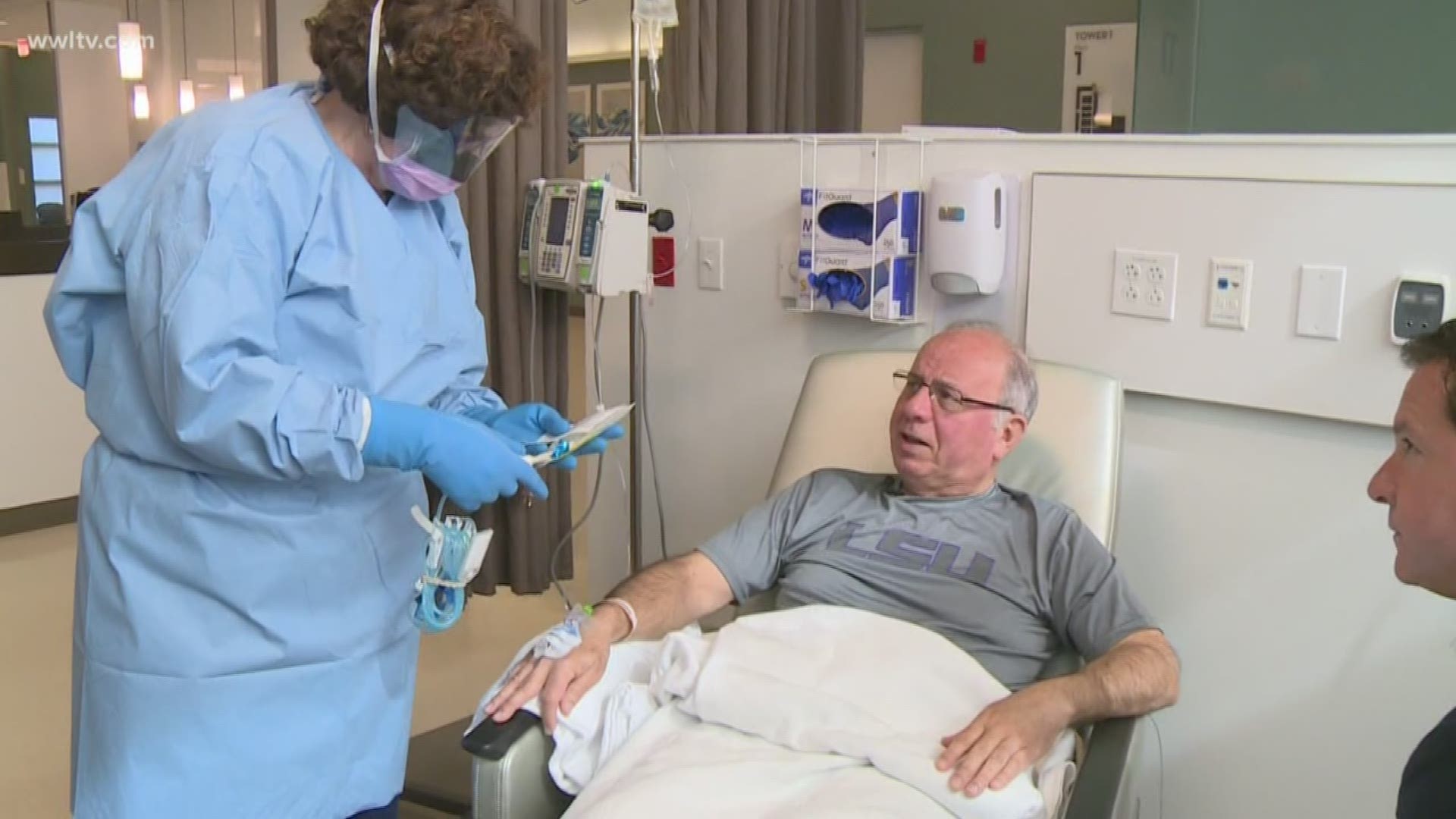 NEW ORLEANS — If you or a loved one has cancer, there is some promising news tonight.

The American Cancer Society says in the last 30 years, the number of people who die from cancer is going down each year.

That's nearly 3 million people who would have died from cancer if the death rate would have stayed the same.

And there's more promising news. Not only is the number of deaths going down, but in 2016 to 2017, there was the biggest ever one-year drop in deaths.

So what is happening? I spoke with Dr. Augusto Ochoa, the Director of the Stanley Scott Cancer Center at LSU Health Sciences Center in New Orleans, and he says research is giving us the rewards. We are learning what causes cancer to teach people prevention.

It is helping us find new screenings for early detection. And it gives us new kinds of treatments, like boosting your own immune fighter cells to kill cancer, and treatments that target the genetic damage that causes tumors. Also, because of technology advances, scientists can get answers much more quickly about if something works or not.

Now, specifically, fewer people are smoking nationally, and there are advances in lung cancer and skin cancer treatments for melanoma. But with obesity on the rise, and for people who don't have good access to health care, there is not as much progress for colorectal, breast and prostate cancers.

So where do we stand here at home? In Louisiana, we still smoke too much, carry too much body fat, which causes tumors to grow, and we miss early detection screenings. Lung cancer is dropping in the state but it's still the top cancer killer followed by cancers of the breast, prostate, colon/rectum, and pancreas.

People no longer have to necessarily leave the city for the latest treatments and clinical trials. LSU Health in New Orleans, Shreveport and Ochsner and Mary Bird Perkins in Baton Rouge, have a Gulf South Clinical Trials Network.

Tools to help you quit smoking.

Here's how to view cancer rates by parish.