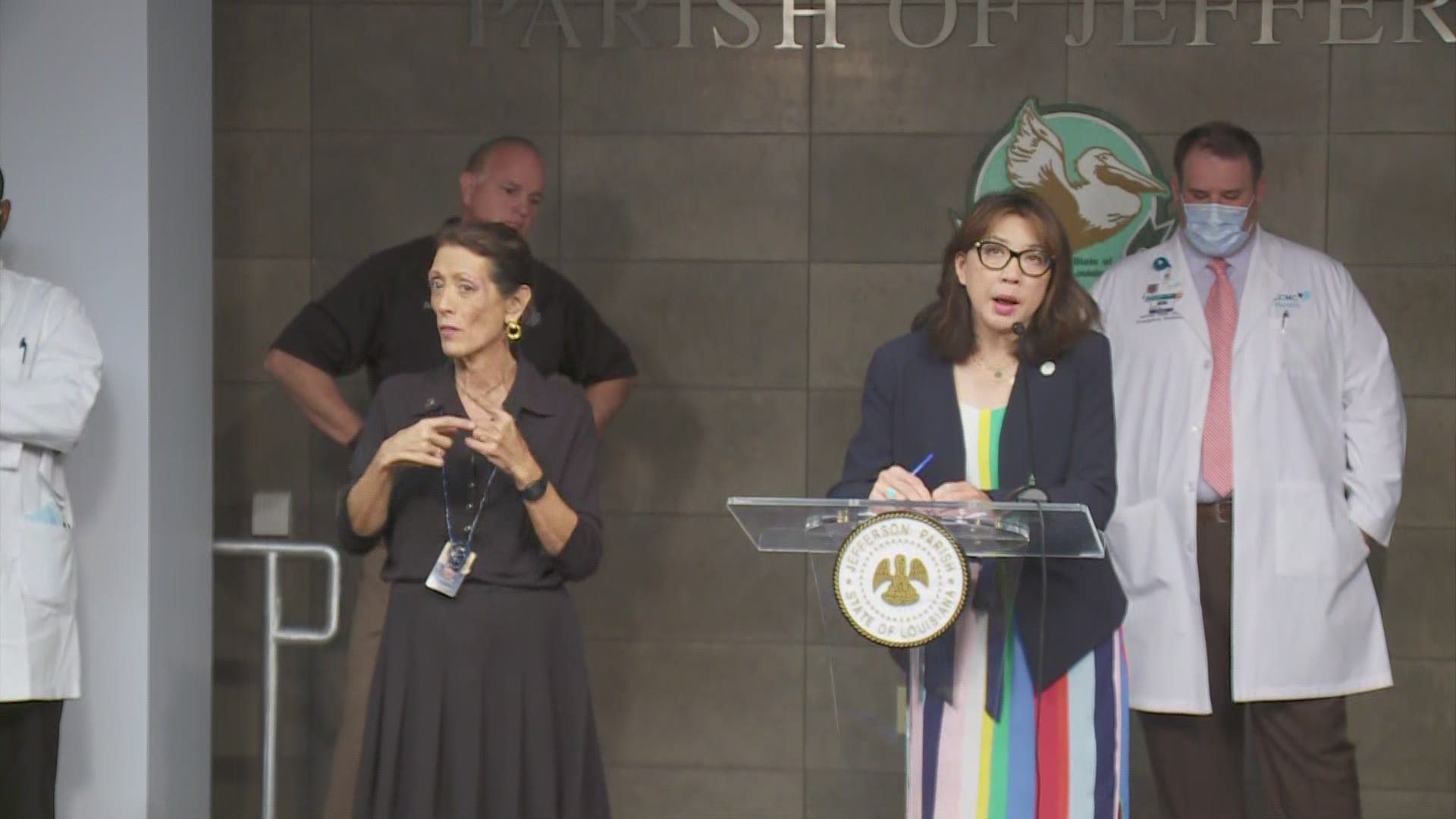 Coroner Gerry Cvitanovich said that while Jefferson Parish has seen 9 deaths in the past month, he said most of those were in the past week and he expects there will be more.

She said that the parish has a vaccination rate of 53 percent who have initiated the vaccine and 48 percent fully vaccinated.

“In terms of other parishes, we’re doing well in a state that is doing very, very poorly and we can do better,” Sheng said.

Dr. Jeffrey Elder, the director of emergency medicine at LCMC Health, said that testing at the West Jefferson Medical Center site Monday came back with 33 percent of tests being positive.

“That means there’s a lot of the virus in the community that is spreading,” he said.

Sheng said there are many hotspots in the parish and she singled out the Grand Lake Estates area in Kenner, a large swath of Metairie bordered by David Drive, West Esplanade, Causeway and West Napoleon, Terrytown and the Woodmere and Marrero areas.

“These are areas with low vaccination rates,” said Sheng.

Sheng said there would be many sites opening for testing and giving vaccines, they include:

Sheng said that although she understood and went along with what she termed “Draconian measures” to preserve life while we awaited vaccines, she is not in favor of bringing back restrictions that caused businesses to shut down because there are now vaccines available.

“The cure is out there,” she said. “We’re making it convenient for you to get it… I think the situation has drastically changed even though we’re in another surge. There’s an element of self-responsibility to it.”

Sheng did say that a positive was that there is a 70-80 percent vaccination rate among people in the 70 and above age group, the most vulnerable age group.

Monday, more than 7,500 new cases of COVID-19 were reported statewide, encapsulating all cases reported over the weekend. Hospitalizations jumped by more than 200 over the same time period, with 1,221 hospitalized as of Monday.

Deaths have remained relatively low in recent days, but most experts caution that deaths lag behind other indicators such as hospitalization and case numbers.

Both have said that stricter restrictions could be on the table if the state's COVID numbers continue to get worse.