100 years old and still partying! This DC native had an epic birthday parade in her honor

A pandemic isn't stopping Evelyn Tymous Gray, who turned 100 and celebrated with an awesome parade her friends and family organized. 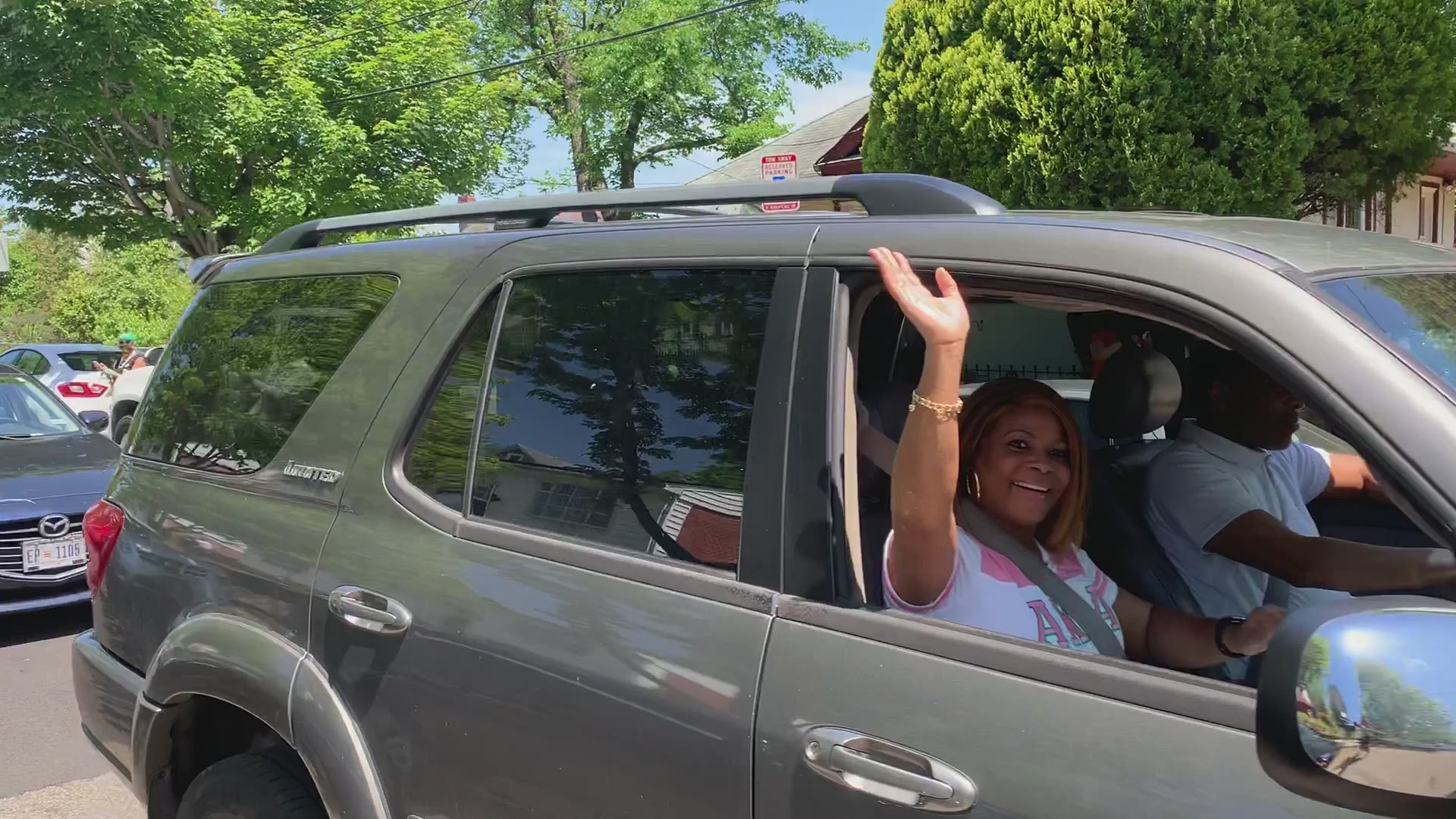 WASHINGTON — With a global pandemic happening, a lot has been canceled and not a lot has seemed worth celebrating. While gatherings of more than 10 people are still prohibited, and while celebrating birthdays can seem challenging, they aren't impossible. And sometimes, they're necessary.

After all, it's not every day you get to celebrate turning 100.

Washington native Evelyn Tymous Gray celebrated her 100th birthday Friday in D.C.To honor the centenarian, family members and friends organized a car parade in Northeast, jammed pack with those who love her most.

So what does a birthday party look like these days?

Well, for one thing, there's a lot of signs, decked with encouraging messages and colorful designs. Throw in some balloons, honking and music blasting from car windows, and you've got a rager. The blocks between Monroe and Otis on 16th street were filled with well-wishers, lined up around 1 p.m to wish her the best.

Gray has had quite an illustrious life thus far.

She attended Dunbar High School and graduated in 1936, where she met some of her lifelong friends, one of whom was former Massachusetts Sen. Edward Brooks. After Dunbar High, she graduated from Miner Teachers College, and also served as the 27th president of the Alpha Kappa Alpha sorority Xi Omega Chapter.

She spent her entire career as an elementary school teacher with D.C. Public Schools, spending 25 years after retirement volunteering as a reading tutor. Her dedication to helping those in need of education is deeply founded -- she established the Evelyn T. Gray Scholarship to help D.C. high school seniors go to college. And even at 90 years old, she was a regular volunteer at the Capital Area Food Bank.

Her sorority sisters, whose chapter helped organize the parade, said that Dunbar also participated in the March Against Apartheid at the South African Embassy and was active about helping drive voters to the polls.

Amongst those at the car parade were members of the Asbury United Methodist Church, where Gray has been a member for over 90 years.

Happy birthday Mrs. Gray! We know these are trying times, but we hope this year is one of the most fulfilling yet. Thank you for all you have done for the D.C. community!

RELATED: Great-grandmother in quarantine tears up at heartwarming sign

RELATED: Woman's 109th celebrated with parade. She's got plans for 110th birthday too.