14,927 people have recovered from coronavirus in Louisiana, LDH says

In the state, just over 26,000 cases of COVID-19 have been confirmed. If the number of recovered patients is accurate, that means about 57% have recovered. 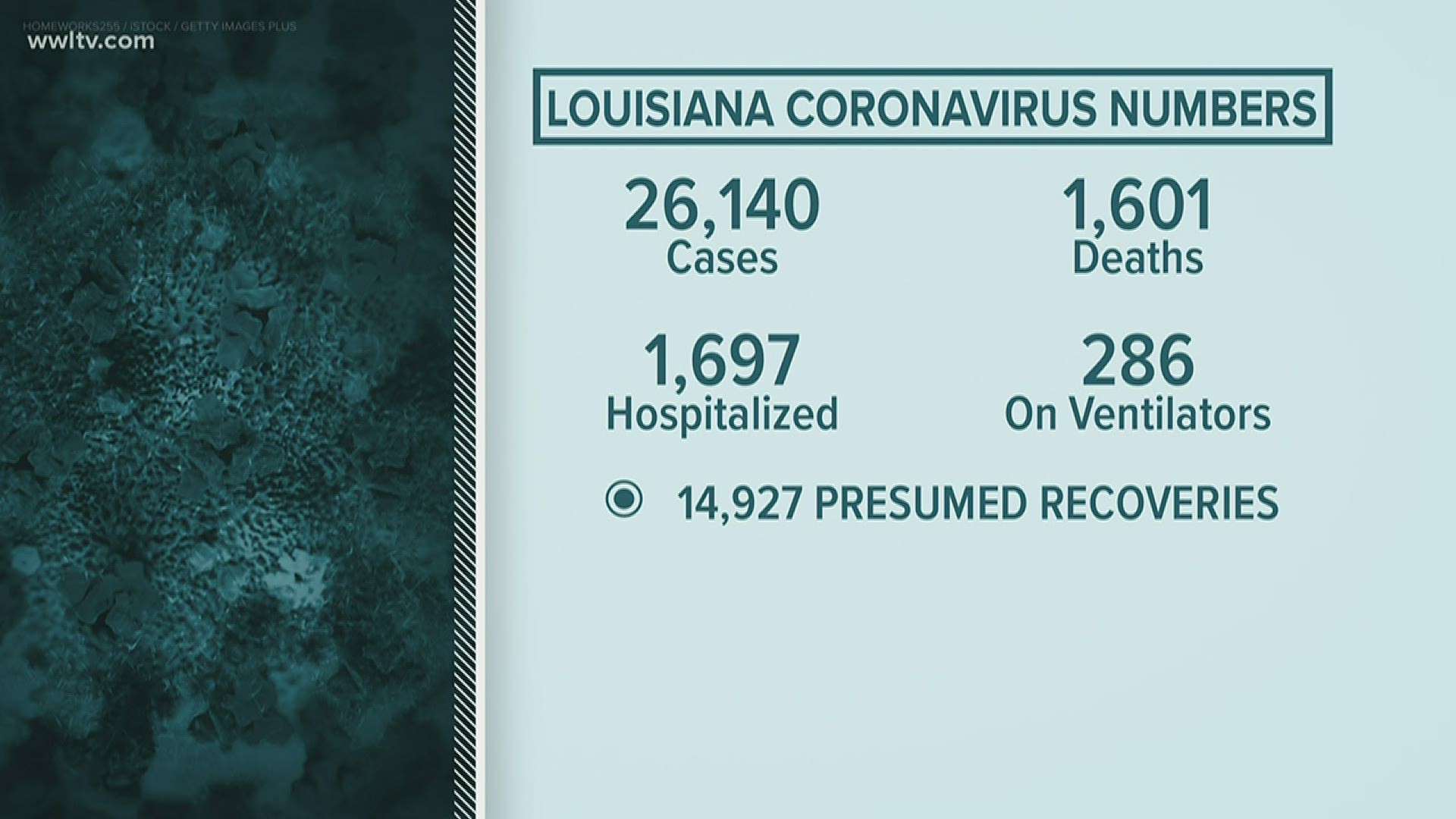 NEW ORLEANS — Louisiana has released its first batch of coronavirus recovery numbers, indicating nearly 15,000 people in the state have recovered from the potentially deadly virus.

The new numbers released Friday show 14,927 people are presumed to have recovered from COVID-19.

In the state, just over 26,000 cases of COVID-19 have been confirmed. If the number of recovered patients is accurate, that means about 57% of confirmed coronavirus patients have recovered, and 6% have died from COIVID-19 complications.

The Louisiana Department of Health says they are categorizing somebody as recovered if it has been 14 or more days since that person was tested and they are alive and not in a hospital.

If hospitalization is unknown, that window is extended to 21 days from the date of testing before they are classified as recovered. The recovery numbers are expected to be updated weekly, according to the LDH website.

It's long-awaited good news for citizens who have anxiously been following the progression of the virus in Louisiana and have questioned why media outlets were not publishing information about these recoveries.

Nationally, there are around 880,000 confirmed COVID-19 cases across the U.S. and 89,982 recoveries, according to data from Johns Hopkins University. While there is a significant lag in U.S. recovery numbers, that would be the country at 10% recovered -- nearly six times less than in Louisiana

The new data was part of the LDH's Friday daily coronavirus update, which also included 61 new deaths and 12 new patients in need of a ventilator in the hospital. While it's the first time in days that ventilator usage has increased, Friday also marked the first day in weeks was the amount of patients in the hospital dropped below 1,700.

It's unclear if catching COIVID-19 creates an immunity to a second wave of the virus, or if patients can catch it a second time. That question is at the heart of much of the research being done into when it might be safe to reopen parts of the economy.

Louisiana has seen progress in its fight against the outbreak thanks to social distancing measures and stay at home orders.

The statewide stay at home order is set to expire April 30. Edwards said he plans to craft new guidelines for May rather than extending the broad mandate that has been in place for over a month.

In New Orleans, where the outbreak began. the citywide stay at home order has been extended to May 15.

Several other parish governments, including St. Tammany Parish on the Northshore, have expressed a desire to bring businesses back before the economic damage from the coronavirus gets any worse.

In Louisiana, about 17% of the state's workforce appears to be applying for unemployment insurance, according to numbers released by the state.

That puts Louisiana in a slightly better position than the country, where 1-in-5 Americans have filed for unemployment.

But the unemployment application data may not reflect the full picture of the economic damage to Louisiana, because of the large gig economy in the state and the high number of workers who are ineligible for unemployment benefits.