Shirell Jackson says her daughter Byronesha is down from needing 100% oxygen to 10%, but still has a long road ahead of her. 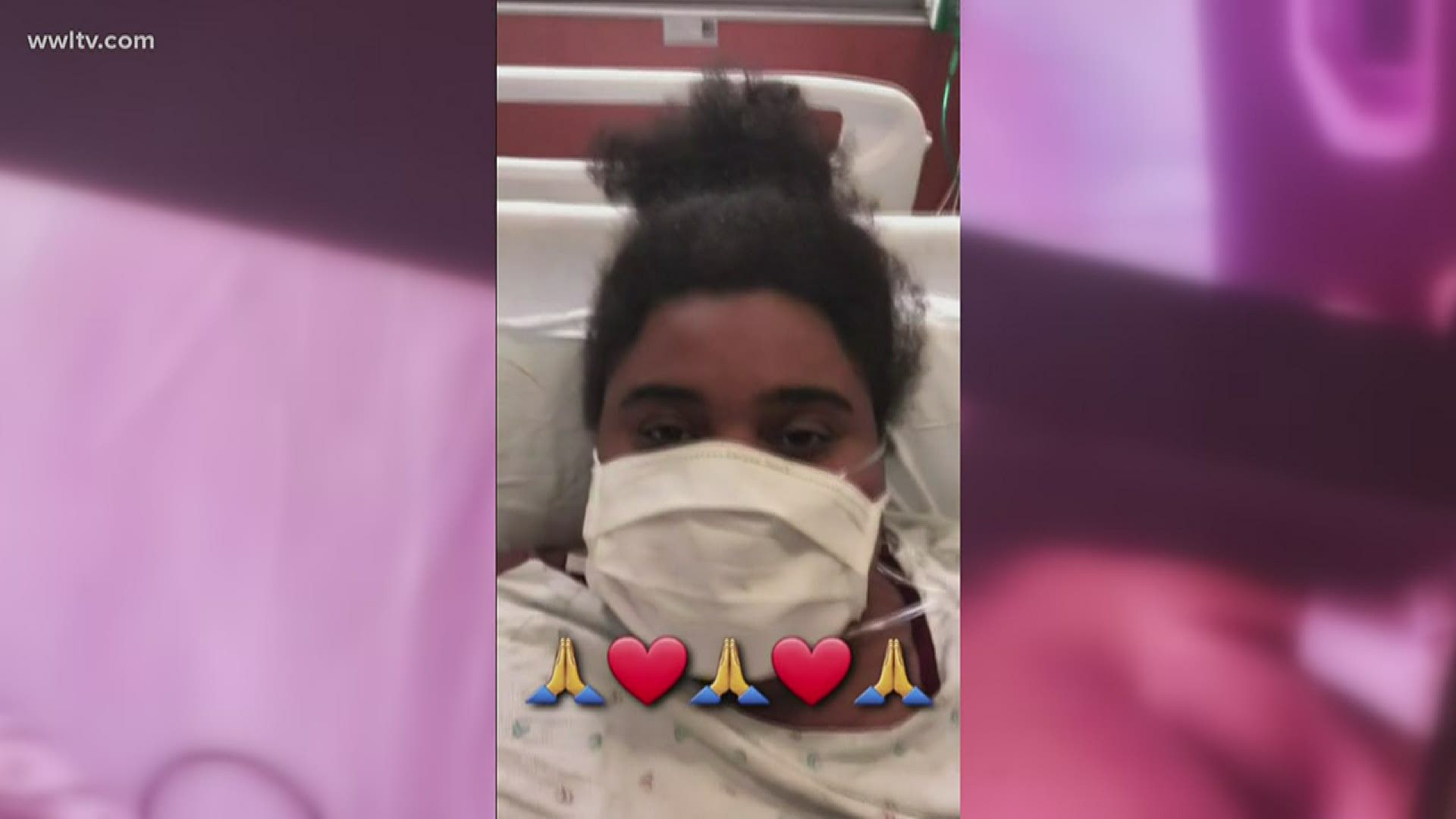 A 22-year-old Hammond woman is at North Oaks hospital after being diagnosed with the coronavirus. The woman's mother says she's only been able to see her once since she entered the hospital.

"I just got an update last night about her situation," Shirell Jackson told WWL-TV's Paul Dudley Sunday morning. "It’s improved so much. She actually left the ICU of North Oaks last night and went to a private room setting..

Shirell says Byronesha is down from needing 100% oxygen to 10%, but still has a long road ahead of her.

Byronesha's health concerns began about two weeks ago, when she complained of a headache. As Shirell explains, she was tired, had body aches and felt fatigued.

With the threat of coronavirus in the state, her mother wanted to have her tested. But by the time they decided, it was too late. Byronesha's breathing was becoming harder, and Shirell had to call 911 for her.

RELATED: Trump to take questions as US coronavirus death toll over 67,000

Since then, she's only been allowed in the hospital once. Other than that, Byronesha's only contact with the outside world is FeceTime and texting.

"We talk constantly," Shirell said. "When she wasn’t able to speak, we would text and I would just have a conversation with her so she could feel comfortable and connected."

Last Sunday was their one chance for an in-person visit. Doctors called Shirell and told her she could see her daughter at her own risk.

"It did so much for her, just to have the connection from the outside world and have her mother tell her that everything was going to be ok," she said of the visit. "Her stats started to improve that evening."

Even with that lifeline, it's been hard.

"I could not imagine not being able to be there with her, but if we were not able to Facetime that would just be a whole other level of stress," Shirell said.

While 14 days is generally considered a good rule of thumb for COVID-19 cases, it's not a magic number. Byronesha still has coronavirus, and there isn't a set day for when she might leave the hospital.

"There is no set time. It is just a day by day process with her body and those lungs recovering," her mother said.

And Shirell has a message for everybody in Louisiana, one she hopes will save more people from going through what she and her daughter have faced.

"What I want people to take from this is to respect and listen to the governor's extended stay home policy," she said. "This virus -- it attacks and it kills and the only way to eliminate that or stop that is social distancing."

RELATED: New Orleans school leaders preparing for new normal when students return, what to do if they can't