In Louisiana, more than 70,000 people applied for unemployment. That's a big jump from the week prior, which was just over 2,200. 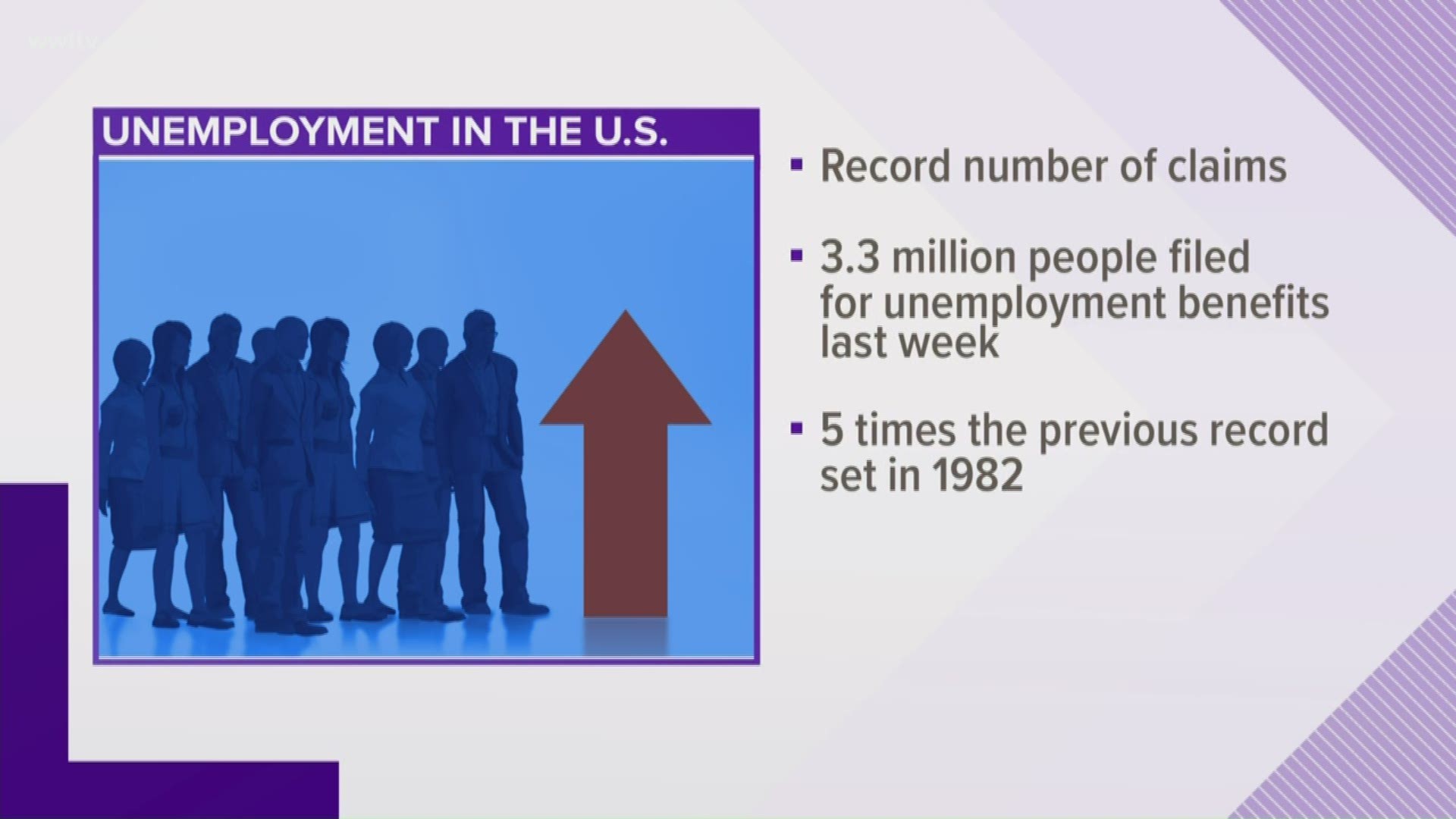 NEW ORLEANS — A record number of Americans applied for unemployment benefits last week, 3.3 million. That's nearly five times the previous record. The surge in weekly applications is a stunning reflection of the damage the coronavirus outbreak is inflicting on the U.S. economy.

Brandi Brignac is a New Orleans bartender. She's been in the restaurant industry for 20 years.

"I have a little bit of money saved, but if this extends for a long period, I really don't know what I'll do," Brignac said.

She supports herself and her two sons on her income alone. The last time she applied for unemployment was after Hurricane Katrina. She's now going through that process again.

"Everybody I know in the industry has applied for unemployment because no one is working, but based on what we normally make, it's kind of a joke. Like, it's not going to cover the bills that need to be paid," Brignac said.

The latest U.S. Department of Labor unemployment numbers reflect job losses from the COVID-19. In Louisiana, more than 70,000 people applied for unemployment. That's a big jump from the week prior, which was just over 2,200.

Nationwide, 3.3 million American's applied for unemployment benefits. That's up 3 million from the week before.  No previous unemployment records even reach a million.

The White House and lawmakers negotiated an economic stimulus deal that will give unemployed workers an extra $600 a week through July. That's on top of state benefits, which is up to $247 a week in Louisiana.

The $2 trillion stimulus deal would also send direct checks to individual Americans of up to $1,200. It's on it's way to the House for final approval.