On the day of his funeral, Messiah Howard's family wanted to share his story. 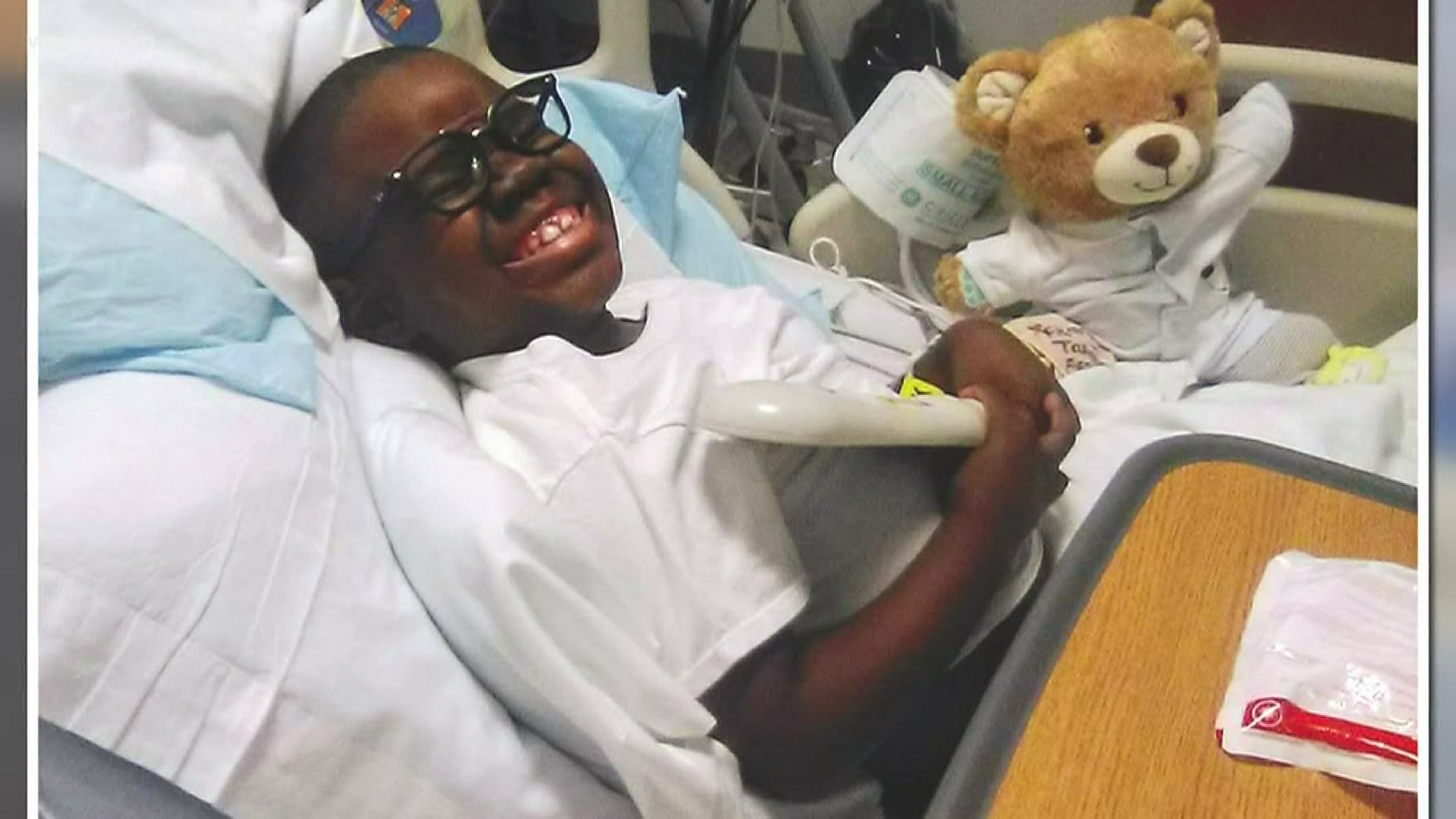 NEW ORLEANS — It was supposed to be a life-saving trip to the hospital.

A 7-year-old boy was receiving a bone marrow transplant from his sister, but COVID-19 crept in. Now, the family had to say goodbye much sooner than expected.

A smiling face in a Saints jersey is how Messiah Howard's family is remembering him.

"He had a Drew Brees action figure. He carried it everywhere," his mom, Toka Howard, said.

Howard said that smile never faded, even during yet another hospital stay.

RELATED: 'I was so sick I died twice': Illness tied to COVID-19 affecting children across the country

RELATED: 'He was a special guy': Community mourns the loss of pastor, community pillar

Messiah was a fighter. At 3-years-old, he was diagnosed with a disease called IPEX Syndrome. It affects the immune system of males and is extremely rare, affecting only one in every 1.6 million people.

"A generational curse, basically, and when Messiah was born, we saw nothing of it," Messiah's dad, William Howard III, said.

It's genetic and also took the life of Toka Howard's 17-year-old son.

Messiah needed what was supposed to be a life-saving bone marrow transplant. His big sister gave the ultimate, selfless gift as his donor.

"She did it. Not only once, but she did it twice," William said.

The surgery was March 24 and his family said it was a success.

"He was actually recuperating from the bone marrow transplant," William said.

They didn't expect what happened next.

"By April 16, he was diagnosed with COVID," the grieving father said.

The coronavirus that was changing life outside the hospital, was suddenly changing theirs too.

Messiah was at Children's Hospital for six weeks, at points on a ventilator and in intensive care.

"I didn't even think about this story ending. I had no idea that when we walked in Children's this time, we wouldn't walk out together," Toka said.

After struggling with COVID-19 following his bone marrow transplant, Messiah died May 5, 2020.

"He was seven, and The Holy Spirit was like 'Let me just take it home because he struggled,'" Toka said.

On the day of his funeral, his family wanted to share his story.

"We wanted everybody to know Messiah was the greatest kid, greatest son, greatest everything," William said.

They believe the complications from COVID-19 ultimately led to his death.

"I wanted to acknowledge the fact that this COVID thing is real," Toka said.

His funeral fell exactly two months after he was baptized, and his family has peace knowing that.

"I feel the presence of The Holy Spirit in the midst of this," Toka said.

The pictures and memories remind this family of Messiah's love for school, his smile that lit up a room, and his fight to the end.

Messiah's parents and sister tested for COVID-19 and they all tested negative.

RELATED: No new COVID-19 deaths in Orleans, Jefferson in Monday numbers; cases on the rise in Acadiana