The Blue Angels sent out a Tweet Monday that indicated New Orleans would be one of the flyover cities this coming Wednesday, May 6 at around 1:45 p.m. 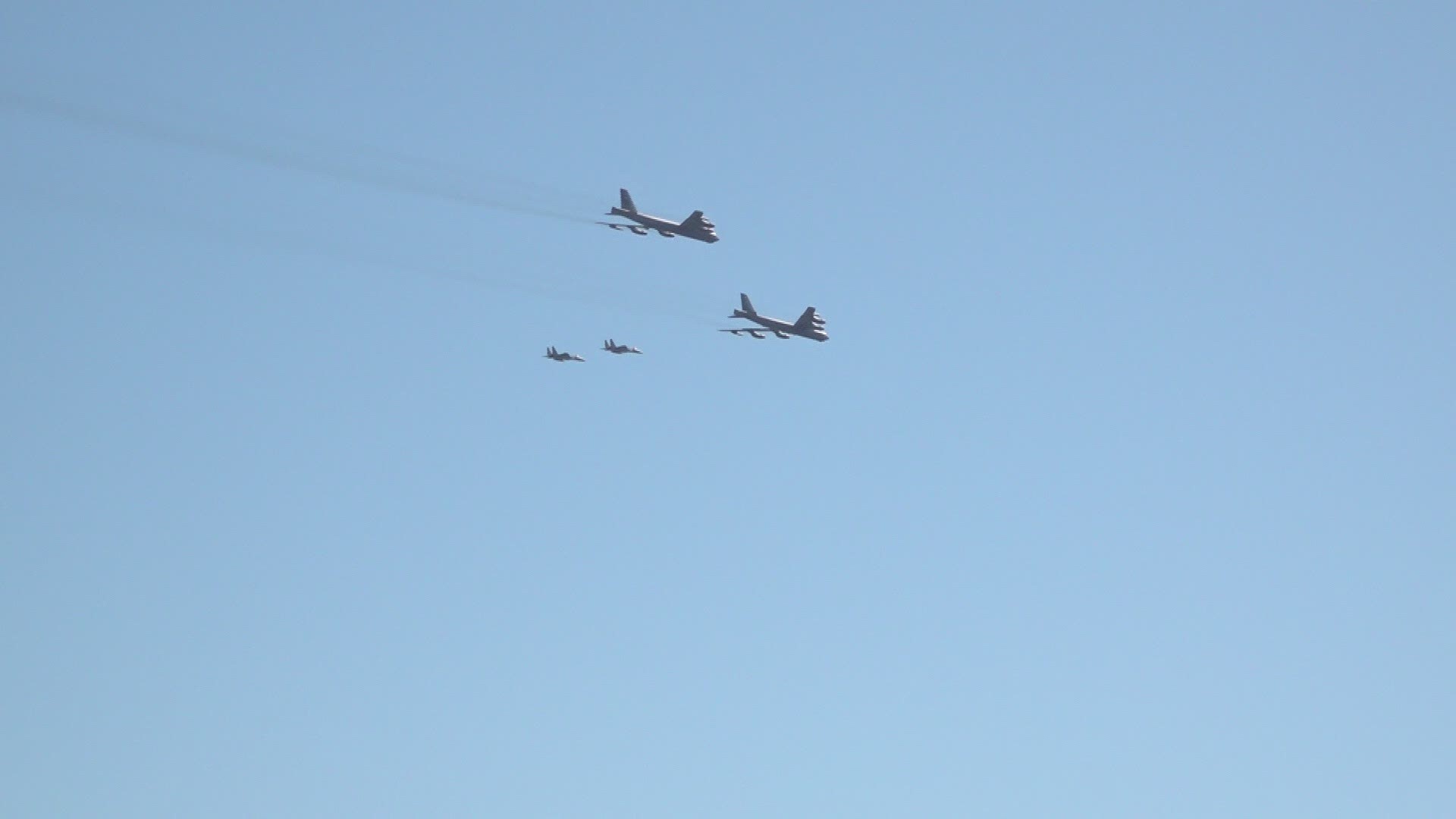 NEW ORLEANS — If you liked last week's flyover from the U.S. Air Force and National Guard, you may bet another treat this week.

The Blue Angels sent out a Tweet Monday that indicated New Orleans would be one of the flyover cities this coming Wednesday, May 6 to "salute and thank all healthcare workers, first responders and other essential personnel serving on the front lines of the fight against COVID-19.

Flyovers in New Orleans will start at 1:45 p.m. and last roughly 20 minutes.

"Residents in these areas will be able to see the flyover from the safety of their home quarantine and should maintain all social distancing guidelines during this event," said an email press release from the U.S. Navy Blue Angels. "They should also refrain from traveling to landmarks, hospitals and gathering in large groups to view the flyover. A detailed flight route will be released on the day prior to the flyover."

“America Strong is about showing how much we, as a nation, count on our frontline responders and that we have their back just like they have had ours,” said Cmdr. Brian Kesselring, U.S. Navy Blue Angels commanding officer and flight leader for the flyover. “They have always been there for us all, holding our nation together, even more so during this pandemic. It is really impactful to see this nation come together and stand in solidarity during these unprecedented times.”

Last week's flyover drew a lot of attention across the New Orleans area as two massive two massive B-52 "Stratofortresses" took flight from the Naval Air Station Joint Reserve Base New Orleans, soaring over the city flanked by two F-15 Strike Eagles from the 159th Fighter Wing out of New Orleans.

SEE: Part falls from B-52 during New Orleans flyover salute