“I support passing COVID relief with support from Republicans if we can get it, but the COVID relief has to pass,” Biden said Monday. “There’s no ifs, ands or buts.” 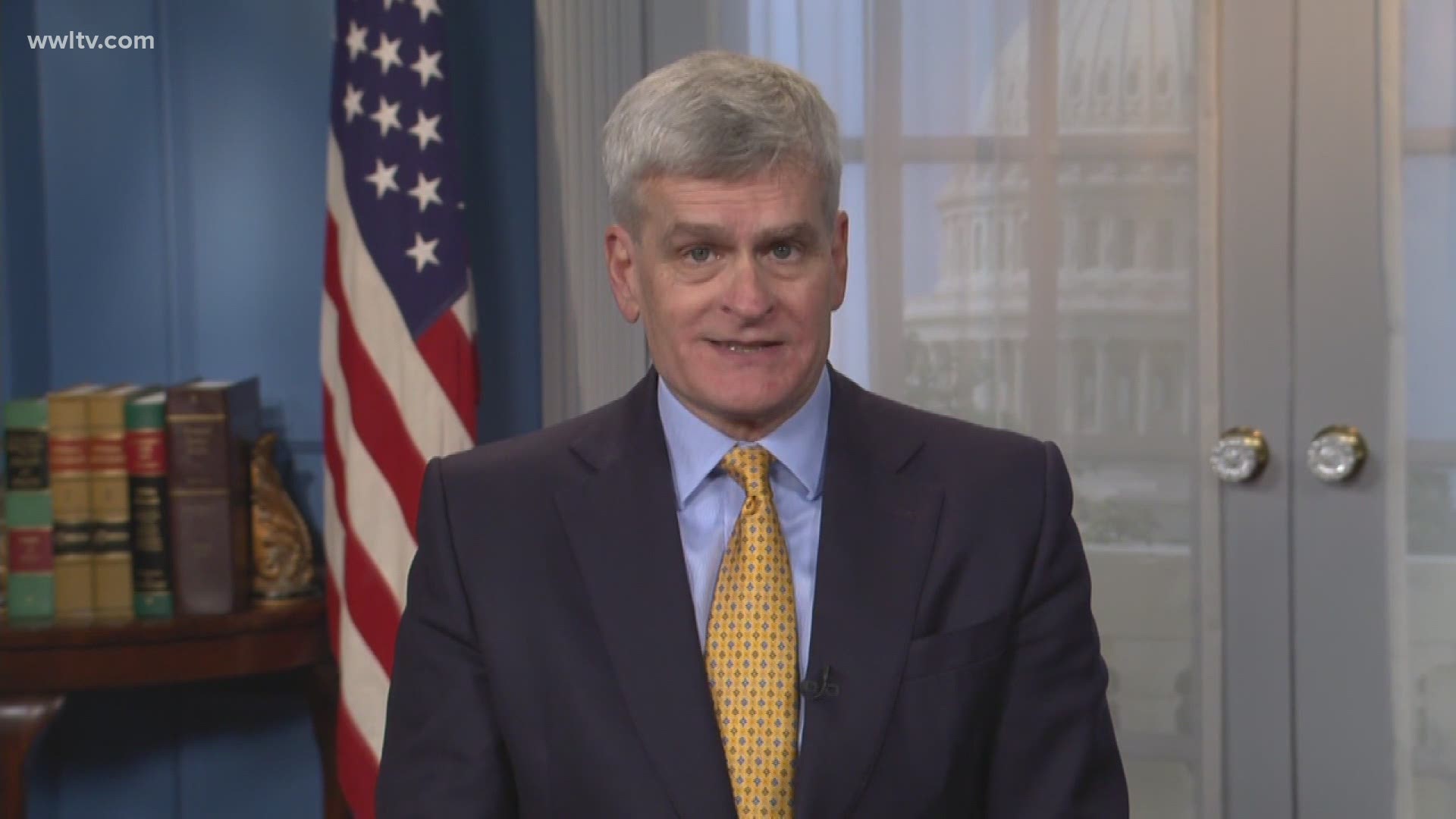 NEW ORLEANS — President Joe Biden wants a massive $1.9 trillion coronavirus relief package, whether it gets Republican support or not.

A group of moderate GOP senators offered less than a third of that: $618 billion.

“We think it would be better to have a bipartisan package as opposed to one which is rammed through,” Cassidy said. “It sends a message that unity isn't just a talking point, but it's a principle of this administration. We hope that's true.”

Five previous COVID-19 aid bills, including two previous rounds of stimulus checks for working Americans, passed with bipartisan support. But with narrow control of the House and Senate, Biden’s Democratic White House doesn’t need any GOP backing, as long as the COVID relief is tucked into a budget resolution.

“I support passing COVID relief with support from Republicans if we can get it, but the COVID relief has to pass,” Biden said Monday. “There’s no ifs, ands or buts.”

The president met with Cassidy and eight other Republican senators at the White House for two hours Monday. Cassidy said a compromise wasn’t expected, but there was a commitment to “continue the discussion.”

“Ours is targeted,” Cassidy said of the GOP alternative. “We think it meets the needs. It is actually based upon data. Of course, (Biden) thinks the same about his. What we came out of the meeting is a commitment to share the information, the rationale that each side was using, because we all agree that we need to take care of Americans who are in need. We need to battle the pandemic. We need to get things back to normal.”

The president also proposes $350 billion to state and local governments to make up for lost revenues during the shutdown. The GOP plan has nothing for those agencies. Cassidy said he’s in favor of the aid for tourist cities like New Orleans, which have lost huge sums during the pandemic, but it’s hard to make that argument for states.

He cited an analysis by JPMorgan Chase Bank that found the average loss in revenues for states from 2019 to 2020 was only about 1 percent. Louisiana has lost 4.6 percent, but in California, revenues rose, Cassidy said.

“As a big advocate for state and local aid, it is harder to be an advocate to get people to vote for it when they look at the numbers and say, "Wait a second, you're going to give California $15 billion but their revenue actually went up 3.5 percent?”

The president’s plan includes $170 billion to help schools reopen safely, while the GOP plan has just $20 billion. The Democrats want to include a gradual increase in the minimum wage to $15 an hour, but the Republicans say nothing about minimum wage.

The two sides are closer on unemployment insurance, with Biden seeking $400 a week in enhanced benefits through September and Republicans favoring $300 a week through June.

Cassidy said that’s “because the Congressional Budget Office says they expect employment to be back to pre-COVID levels by June.” He said if that proves overly ambitious, Congress can extend the benefits later.

The two sides see eye-to-eye on one key area: Both call for $160 billion to ramp up vaccinations and testing, including genomic sequencing that could help fight coronavirus mutations and $7 billion for rural hospitals. Cassidy said that money would be critical for Louisiana, but urged patience with vaccine production, which he said may not improve simply by adding funding.

It’s unclear when Congress will be able to pass a new relief package, whether it’s part of a budget resolution or as a standalone bill. The Senate is scheduled to begin former President Donald Trump’s second impeachment trial next Tuesday. Last week, Senate Majority Leader Chuck Schumer, D-New York, said it could be a month or six weeks before it’s passed, and longer for the federal government to send out stimulus checks.