"It’s the way I was raised, say what you mean and mean what you say," said Banks. 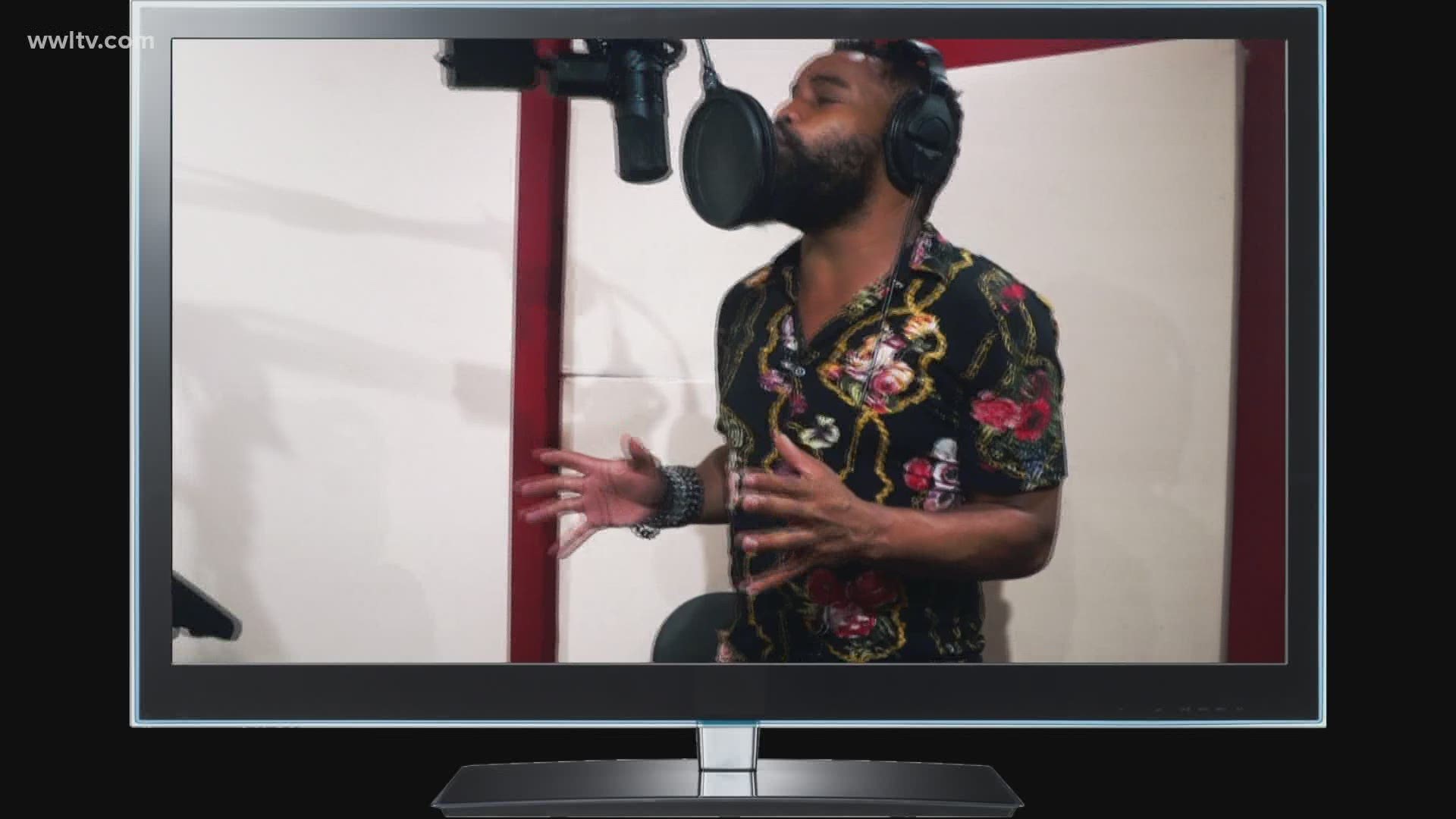 NEW ORLEANS — You've probably heard the song telling everyone in Louisiana that we need each other to mask up. That public service announcement is from the Governor's office of Homeland Security.

It's catchy to say the least, but there's an interesting story behind the song.

"Just when we all sit tall, I need you and we need us,” goes the jingle.

Admit it, you just can’t get that song out of your head, right? Well the whole idea started with WBOK talk show host Gralen Bryant Banks. He was talking to people in state government about how COVID-19 was hitting the minority community hard.

"Man we need to do something to target these people, just like a campaign,"

Gralen Bryant Banks, the creator of the "We Need Us" campaign remembers telling the group.

Louisiana Homeland Security got word of his idea and called him to do a mask safety campaign. He came up with "We Need Us."

"It’s not fancy. It’s not cute, but it’s straight to the point. But it’s the way I was raised, say what you mean and mean what you say," said Banks.

Well New Orleans is a small parish, so Gralen had heard of marketing specialist Malaika Moran, and asked her to take the idea to the next level.

"So I said I wanted something that could not only convey the message of safety and that is important, but also something that’s uplifting and hopeful and that we can all be connected,"

Malaika had just worked with local band Water Seed. She called drummer Lou Hill. He had just about a day or two or three to write the theme song and produce it with the band.

"And we just kind of took that concept and just wrapped into something that we thought would be serious, but still lighthearted and community-based  and that, you know, so when you hear it, you’re not drab. You actually feel like you wanted to get up and move and do something about what’s going on," said Lou Hill, the drummer with Water Seed, and composer of the song.

"I don’t believe in coincidence, Meg. I do not, not being from this city and not knowing what we know. Everything happens for a reason," said Banks about how it all came together.

There’s an informational website, all social media platforms and the song is on iTunes and Spotify. There’s a bounce version and, just out, a zydeco version.

"We may even do a classical version just because it’s New Orleans and it’s Louisiana, laughed Banks.

But on a serious note, Malaika lost her aunt and uncle to COVID-19. The video editor lost his brother.

"So our team has a personal stake in making sure that people are aware and they know that this is real," said Moran.

"When the world seems hard, we have to like bind together and come together," said Hill.

"And we need us," Hill responded

The zydeco version of we need us just dropped a few hours ago, to see it click below.