“It's times like this that we can find unity and that's what we do every day,” hotel general manager Adam Turni said. “We're people of service." 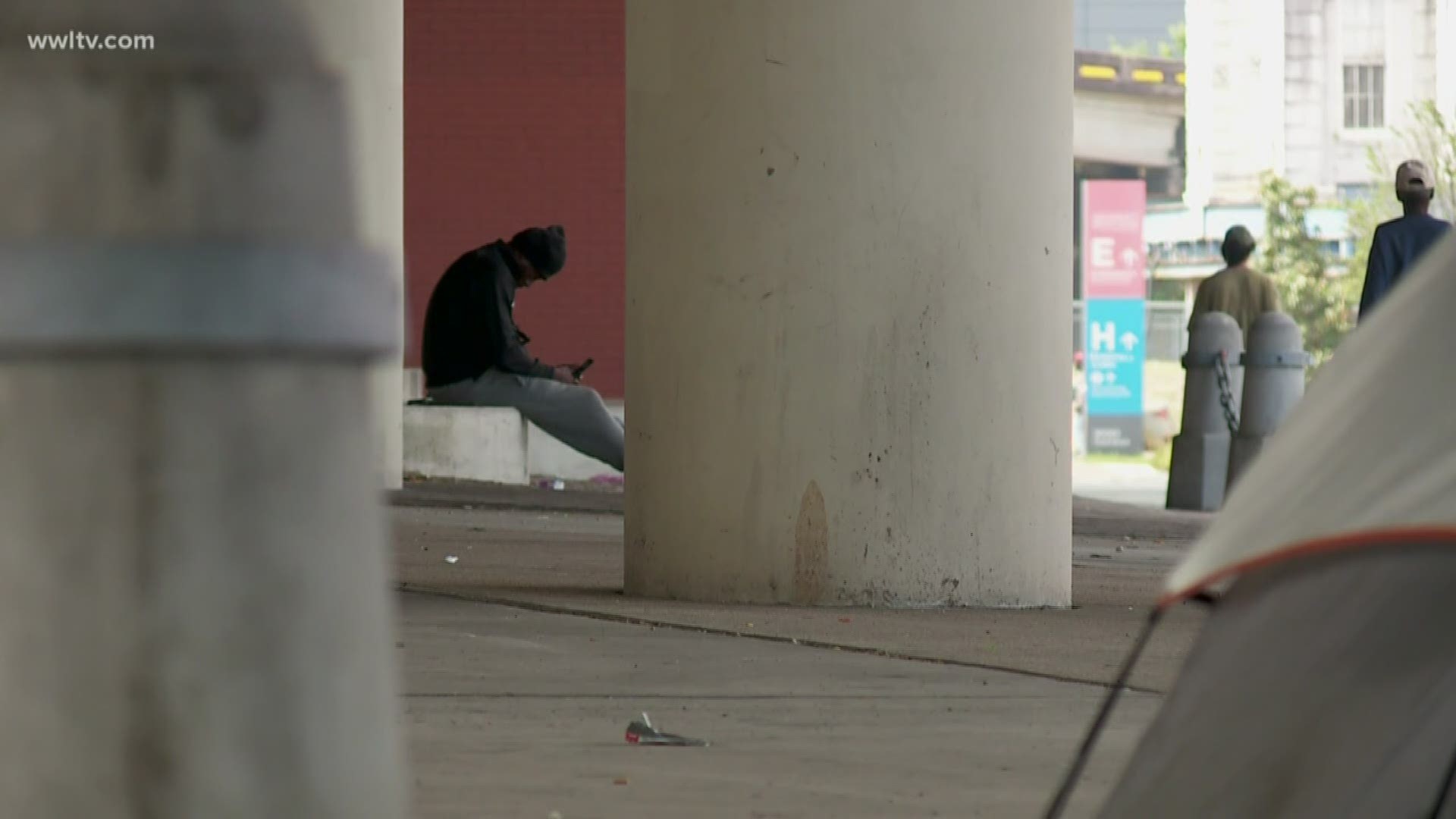 NEW ORLEANS — City and state officials worked to finalize plans Wednesday to move homeless people off the streets and fill a 155-room hotel in the Central Business District.

The general manager of that hotel, the Hilton Garden Inn-New Orleans French Quarter Downtown on Gravier Street, confirmed the plan was to start moving people in groups of 35 from encampments and house and feed them for the next 30 days, using a mixture of federal, state, local and philanthropic funds.

“We have transitioned our hotel into an intake facility,” said hotel general manager Adam Turni told WWL-TV in an exclusive interview. “We have painter’s tape to designate 6 feet indicators so everybody can keep proper spacing. We're only allowing one individual to use our elevator at a time, we're only allowing so many persons on each floor at a time.”

The hotel is prepared to serve the guests three meals a day, clean their rooms daily and provide laundry service under the deal. He said the National Guard would deliver equipment and other supplies and police would help with security in every floor and at all exits to make sure the homeless guests remain isolated the whole time.

Turni said late Wednesday afternoon that he was still waiting on state officials to finalize agreements to cover the costs. Mayor LaToya Cantrell said in a news conference she hoped to move people into hotels by the end of the week.

"The state of Louisiana is working to get everything finalized on the contract to make sure that the process can start as soon as possible," said Gov. John Bel Edwards' spokeswoman, Christina Stephens.

All of the people being moved to the hotel will be screened to make sure they are not showing symptoms of coronavirus.

“It's times like this that we can find unity and that's what we do every day,” Turni said. “We're people of service, we're hoteliers and to be a part of the cause, anything that can slow the spread and help us get through this as a community.”

Turni said the agreement is a win-win for the hotel to stay open when others have had to shut down.

“We basically made ourselves available to the city, put our hotel on the FEMA website and basically were contacted by some of the nonprofits,” he said.

FEMA sent a notice declaring that the costs of moving homeless people out of areas where they congregate is covered by disaster aid.

The Hilton had already partnered with UNITY of Greater New Orleans to take in seven homeless people who were sick, but who went to Bayou Segnette State Park and tested negative for COVID-19.

Now, R-T-A buses will bring hundreds more who do not have symptoms from homeless camps around town.

Martha Kegel of UNITY said she's been pushing for this since March 16th, when she learned there was a cluster being treated for coronavirus at University Hospital.

“It's a very challenging situation,” Kegel said. “We have about 1200 homeless people living in New Orleans and Jefferson Parish and 430 of them are living on the street.”

Kegel said it's often difficult to get homeless people off the street and into shelters because of restrictions on couples and pets and because many people who live on the streets suffer from mental illnesses like anxiety and paranoia. But, she said, surveys show that 99 percent of them would agree to the chance to live in their own hotel room.