“It's not just, quote, an inner city problem. It's related to uncontrolled risk factors." 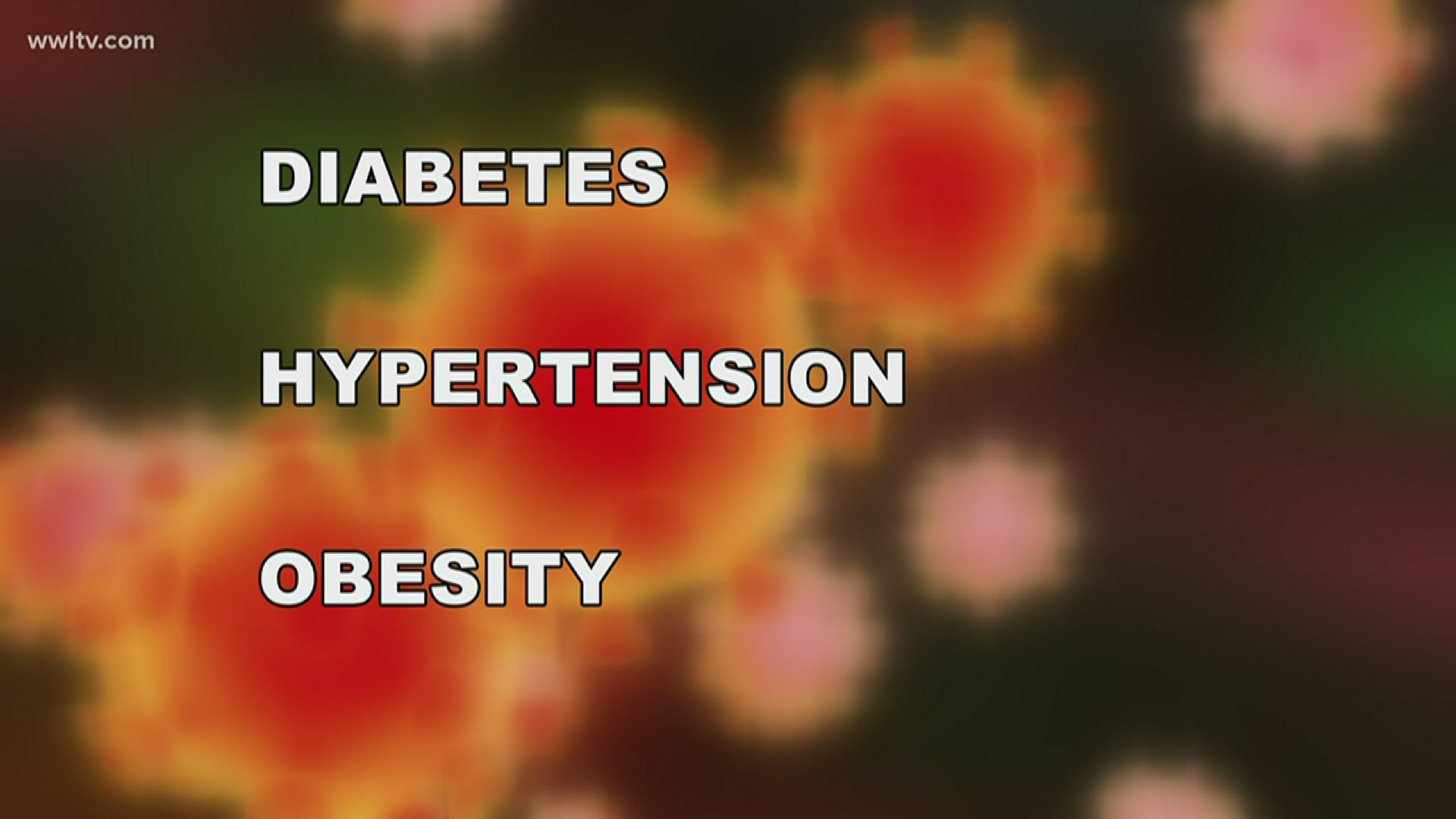 ST. JOHN THE BAPTIST PARISH, La. — The surge of COVID-19 cases that has ravaged Orleans and Jefferson parishes is now hitting upriver.

Following the early mortality that placed New Orleans’ urban center among the highest per capita death rates in the country, a new wave has hit the river parishes of St. John, St. Charles and St. James, statistics show.

St. John Parish, with 35 deaths as of Wednesday, doesn't just have the highest per capita death rate in Louisiana, but highest in the entire country, with 81 deaths per 100,000 residents as of Wednesday.

St. Charles, with 19 deaths, and much smaller St. James, with 7 deaths, also rank in the top 20 nationally, with per capita death rates of 35.9 and 33.3 percent respectively.

Professor Richard Oberhelman, an epidemiologist with the Tulane School of Public Health and Tropical Medicine, said the same underlying health factors that have made New Orleans a coronavirus hotspot are impacting the rural areas up the river.

“What's going on in St. John Parish reflects what we've seen in New Orleans because the deaths are primarily seen in the people who have risk factors,” Oberhelman said.

Dr. Christy Montegut, St. John Parish coroner, said his community is being hit with a double whammy: a cluster of cases as well as community spread scattered throughout the parish.

Montegut said the cluster – 13 deaths – hit the Southeast Louisiana War Veterans Home, a nursing facility with mostly elderly residents.  But the other two-thirds of the cases are spread throughout the parish on both sides of the river.

Montegut noted that every one of the people who have died of Covid-19 in St. John had one or more pre-existing health problems or been elderly, or both.

“For these older people with health problems, the virus causes the body to just shut down and go haywire,” Montegut said.

Oberhelman said the trend in St. John and the river parishes is not surprising. In addition to higher rates of health problems like diabetes and hypertension, those communities have less access to medical care.

“The isolation of rural areas because they don't have access to specialty care as often as we do in major urban areas,” he said.

Oberhelman also said areas outside of New Orleans were slower to get widespread testing and, as a result, slower to practice social distancing. He said other rural areas could be next in line to see their own outbreaks.

“Reaching out to these outlying areas where the next wave of the epidemic is going to happen is going to be the next challenge,” Oberhelman said.