“The insurance companies are pushing a lie,” Houghtaling said. “This property damage is extremely dangerous to everyone.” 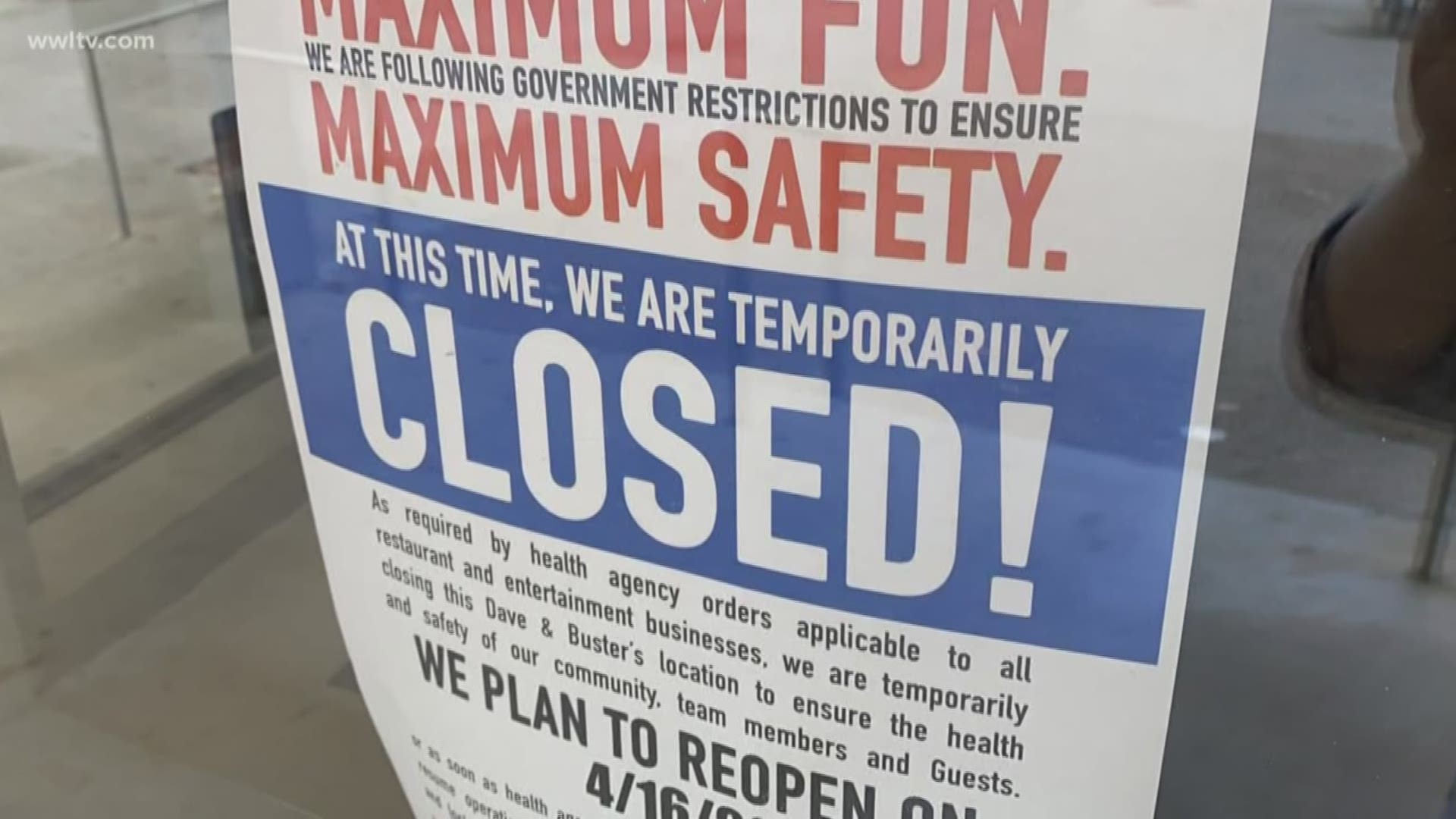 NEW ORLEANS — A major battle is brewing between business insurance policyholders and insurance carriers over claims from coronavirus-induced shutdowns.

Civil authority orders to close or severely limit business operations is not likely to trigger business-interruption coverage, according to insurance industry representatives. But policyholders are claiming the coronavirus contaminates surfaces in their properties, causing property damage that should cause the coverage to kick in.

“So, what’s happening is some creative plaintiffs’ lawyers are getting into the offices of government and saying, ‘Hey, include this language in your civil authority orders. And maybe that will help us trigger coverage.’ It won’t,” Badger said.

That angered the plaintiffs’ lawyer Badger was talking about, John Houghtaling. The New Orleans attorney has represented thousands of storm victims against insurance companies when they claimed they were wrongly denied.

“The insurance companies are pushing a lie,” Houghtaling said. “This property damage is extremely dangerous to everyone.”

Last week, he filed what’s believed to be the first lawsuit against an insurer to force it to pay business-interruption claims for the coronavirus, on behalf of French Quarter restaurant Oceana Grill against Lloyd’s of London.

Badger said every claim will have to be adjusted on a case-by-case basis, and there will be some business-interruption claims paid because of coronavirus. But he said efforts by legislators to force payments under existing policies, such as a bill proposed in New Jersey, are unconstitutional.

“What the insurance industry cannot do: They cannot pay claims that are not covered simply because everyone is sympathetic to the restaurant industry,” said Badger, who said he’s sympathetic because he owns a brewery that’s been shut down because of the coronavirus.

“Resources are stretched when we have a large hurricane, so imagine having to send out adjusters to adjust restaurant claims over the entire country,” he said. “The insurance industry doesn’t have the resources to do that.”

Houghtaling said he expects business-interruption claims could reach more than $800 billion, dwarfing the payouts made after major natural disasters or even the landmark $200 billion tobacco settlement. That’s why some in the insurance industry are hoping a portion of a government bailout will go through insurance carriers.

Badger said “the insurance industry leadership has reached out to congressional leadership in Washington to provide” assistance setting up a compensation program that Badger likened to the 9/11 Victim’s Compensation Fund.

“I think a creative effort of smart people working together, with government funding, perhaps something creative can be done,” Badger said.

Meanwhile, Houghtaling, the owner of a Houston-based natural gas export firm that signed a multibillion-dollar trade deal with China, said he’s willing to use his connections to convince President Donald Trump to help the insurance industry pay businesses.

“If (insurance companies) don’t have the money, I will ask all the way to the President of the United States to help,” Houghtaling said.

RELATED: FAQ: Answers to your questions about the Stay at Home order

RELATED: How to talk with your kids about coronavirus