I am issuing this order today, ending all events of more than 250 people, closing our schools, and reducing the amount of face-to-face public interaction..." 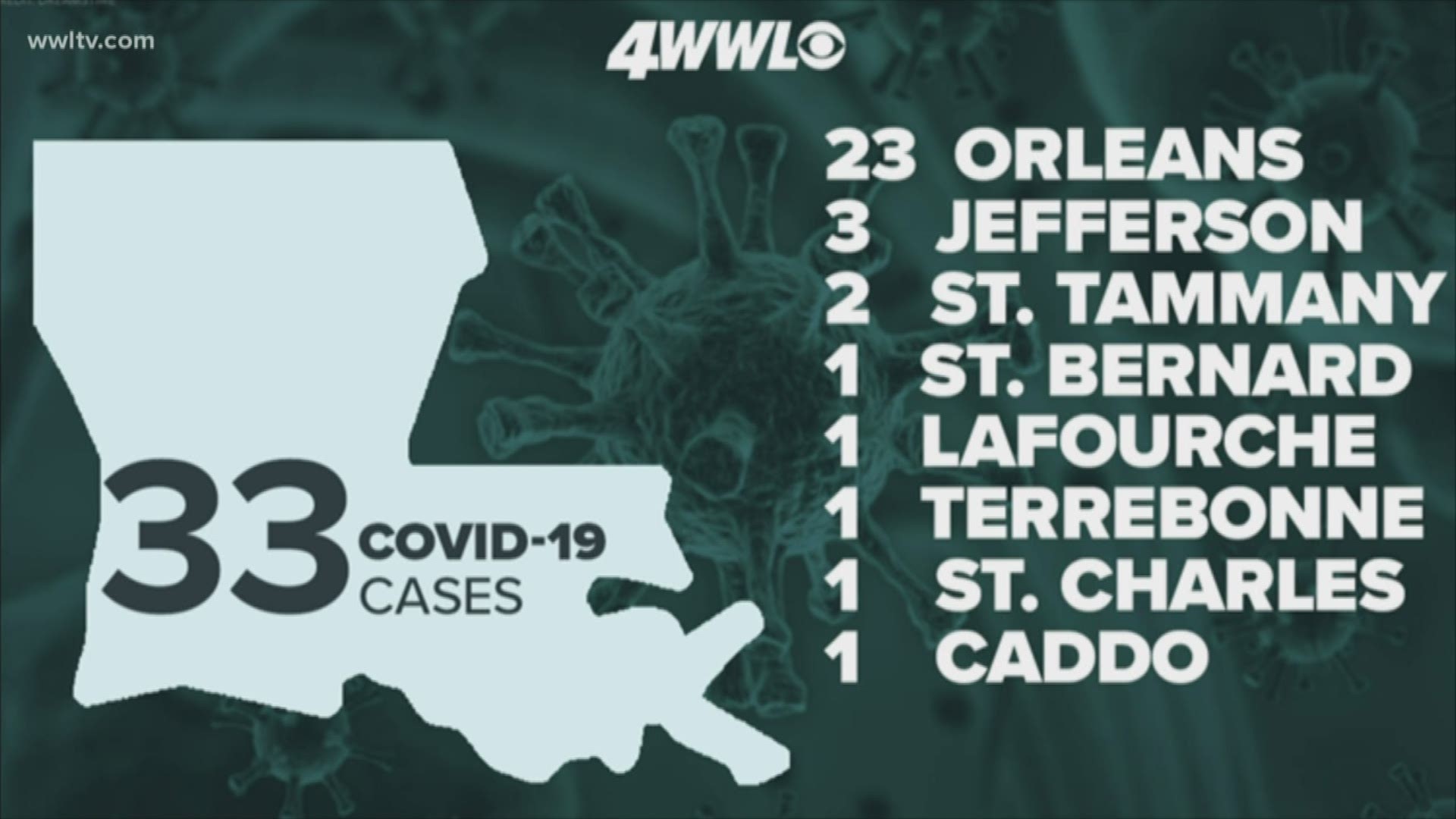 The K-12 public school closing will be until April 13.

The Archdiocese of New Orleans quickly followed suit, announcing that it would close its schools on the same timeline.

The governor also ordered a limit on all gatherings of 250 or more until April 13.

“We are at an inflection point now and we are going to take bold action to minimize the further spread of this illness," said the governor in a statement. "That is why I am issuing this order today, ending all events of more than 250 people, closing our schools, and reducing the amount of face-to-face public interaction at state government buildings,” Gov. Edwards said. “In a separate executive order, I will grant Secretary of State Kyle Ardoin’s request to move our upcoming elections for April and May to June and July. The limits on gatherings of 250 people or more statewide is based on federal CDC guidance given the community spread which we are currently experiencing. These steps are necessary to protect the health and safety of the people of Louisiana from the risk of COVID-19.”

Friday morning it was announced that there are now 33 presumed positive cases in the state of Louisiana - 23 of those in the New Orleans area.

The situation in the state has escalated since Monday when the first presumptive case was reported.

RELATED: Louisiana presidential primary postponed to June due to coronavirus

In addition, most major events have been cancelled or postponed. New Orleans major French Quarter Festival was postponed until October in an announcement made Friday.