New cases reported by the state have surpassed 1,000 twice since April 9, but health officials said those jumps were due to a test backlog, not the virus spreading. 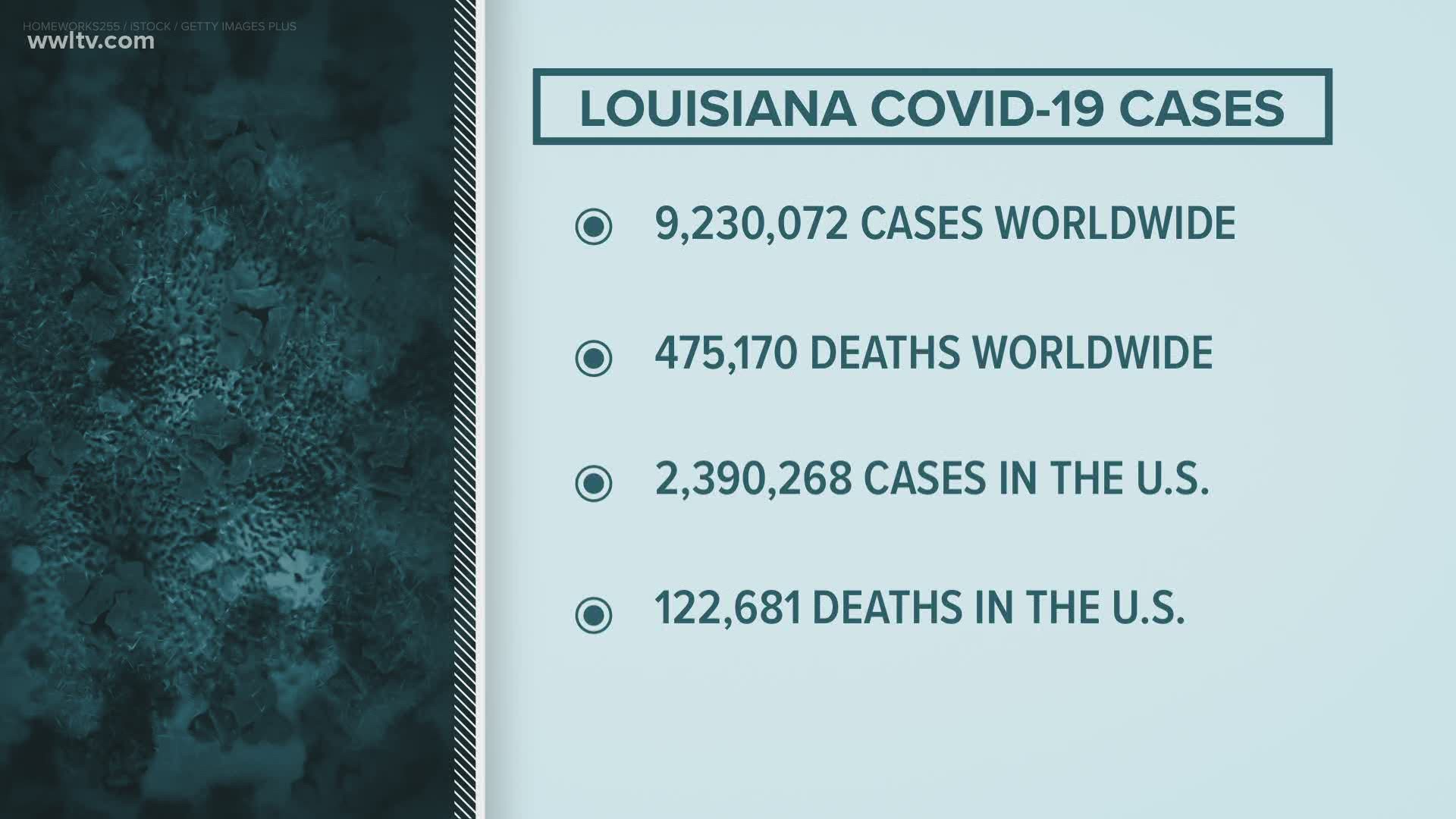 NEW ORLEANS — The number of newly reported cases of the coronavirus disease in Louisiana surged on Tuesday, the largest single-day increase since the peak of the virus outbreak in April.

According to the Louisiana Department of Health, the 1,356 COVID-19 cases reported since Monday means that the state had the third-largest single-week increases in cases last week, topped only by the first two weeks of April during the first upswing.

Tuesday's update marks the highest single-day increase for the state since April 7, near the peak of the virus' outbreak in Louisiana.

"We are quite concerned by today's COVID-19 numbers and the overall direction we are moving in," Dr. Alex Billioux, Assistant Secretary of the Louisiana Office of Public Health, said.

LDH said the new cases represent 7.6% of the new tests that are reported to the state. The federal government has set a goal to keep the percent positivity of test results to be below 10%.

Health leaders say the vast majority (95%) of Tuesday's new cases are tied to community spread rather than congregate settings like nursing homes. The largest increase in cases is among young adults, Dr. Billioux said.

"What we are seeing appears to be connected to increased movement, a lot of which is probably related to further reopening of the economy and at least some individuals not adhering to recommended precautions," Dr. Billioux said.

Louisiana has reported two other days with new coronavirus cases topping 1,000: May 21 and June 13, but those spikes were caused by a backlog of cases from commercial labs. Tuesday's sharp increase in numbers was not tied to a backlog in cases seen in other single day spikes in recent weeks.

Louisiana began Phase 2 of reopening on June 5, with New Orleans joining the rest of the state about a week later. Tuesday's increase comes just one day after Governor John Bel Edwards announced that the state would not advance into Phase 3 reopening for at least another 28 days. Edwards cited record highs in new cases from several other southern states and the potential that Louisiana could be on the same course.

Here are the daily coronavirus statistics for Tuesday, June 23 from the Louisiana Department of Health. Changes from the day before are noted: