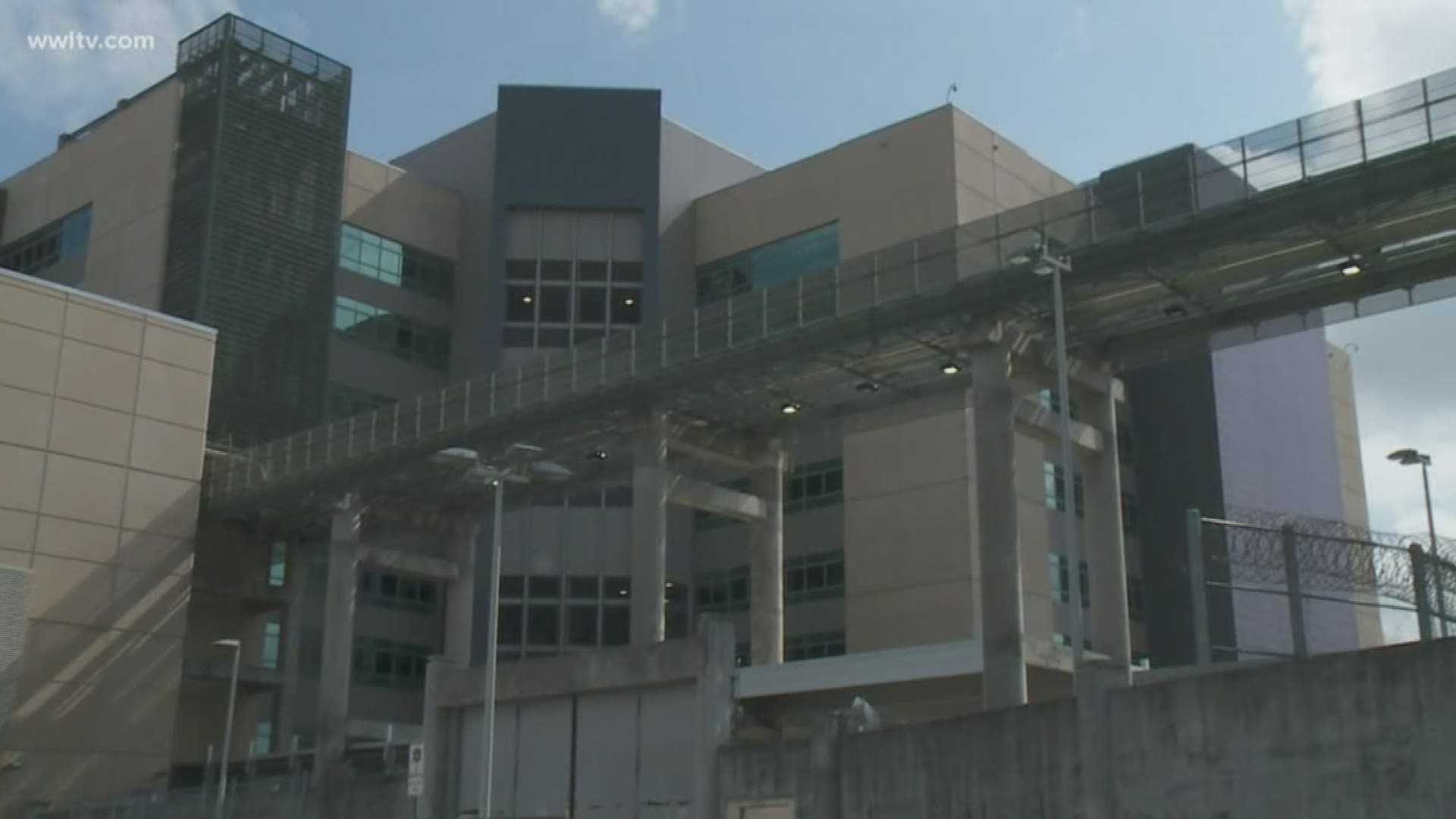 Harry Polk was released from the jail yesterday after posting $200 bail on a domestic abuse aggravated assault.

In normal times, defendants booked on violent charges such as these would have bail set at five to ten times those amounts. But with the Covid-19 pandemic raging in New Orleans, the city’s Public Defenders’ Office is pushing for low bail amounts to avoid the risk of exposing them to a possible outbreak in the prison.

As a result, the jail population has dipped to a post-Hurricane Katrina record low of 971 inmates as of Thursday. A year ago, there were about 1,200 inmates.

“We’re heard from all the experts that if the virus gets in the jail, the impact would be swift and devastating,” Chief Public Defender Derwyn Bunton said. “We’re really pushing to get our clients out of jail, particularly those low-level, non-violent defendants who can safely be released. We’re doing what we can to prevent the virus from getting in the jail.”

But the District Attorney's Office is pushing back. In one response to a public defender’s bond reduction motion, prosecutors argue that defendants have not proven a virus risk at the jail.

“The defendant has failed to produce any evidence in support of his claim that he is at risk of contracting Coronavirus if he is not released on bond,” the motion states, “nor has he shown that the Orleans Justice Center is not adequately equipped to protect against the spread of the virus within its facilities.”

Foret said judges and magistrate commissioners should be mindful of the virus, but cautious about low bail amounts for people booked with violent crimes, especially domestic violence.

“The person who was arrested for domestic violence by strangulation needs to have a bond greater than a hundred dollars,” Foret said.

Rafael Goyeneche, president of the Metropolitan Crime Commission agreed, adding that the anxiety over the pandemic could make an abusive domestic situation even more volatile.

“In some of these cases, the concern for the defendant seem to be taking precedent over the rights and safety of the victims,” Goyeneche said. “There has to be a balance. A domestic violence situation, in many instances, can lead to more harm when suspects are released within hours of their arrest.”

Foret said there is no criminal justice playbook for dealing with the threat of a virus inside of a jail.

“There is no law on the books in Louisiana that is on point with a pandemic dealing with bail or bond, so logic has to prevail,” Foret said.

Bunton said some low-level New Orleans arrests since the corona virus hit the city are not only pointless, but have needlessly tied up the courts and put inmates at additional risk by introducing more people into the jail.

Bunton gave the example of one man arrested on a three-year-old warrant for trespassing, even though the statute of limitations on that charge had expired.

“The officers said they didn’t know the law and didn’t the case had prescribed,” Bunton said. “But they did know they picked up someone on a trespassing charge in the middle of a pandemic.”

The district attorney’s office has pushed back against some of the bail reduction requests, arguing that no positive cases have been reported from the jail.

"We are unaware of any confirmed cases of COVID-19 infection inside the Orleans Justice Center jail,” District Attorney Leon Cannizzaro said in an emailed statement. “Nor has any evidence been produced showing the health and safety guidelines established inside the facility are presently inadequate. Thus, these boilerplate motions filed by the Orleans Public Defenders are based on conjecture and supposition, rather than evidence or law.”

However, Cannizzaro stated that the office is mindful of keeping the jail census as low as safely possible by not taking up appeals on any bail rulings by judges or magistrate commissioners.

“We also have assented to a reduction in the Orleans Parish jail population over the past week by choosing thus far not to challenge any judge's bond or release decisions through appellate review,” he stated.

In a statement, Sheriff Marlin Gusman confirmed there are have not been any positive cases in the jail. He also said that extra cleaning is taking place, inmates are being instructed on proper hand-washing techniques and all attorney meetings with defendants are being done by video.

“The Sheriff’s Office is also working to ensure that it is equipped with enough supplies to combat COVID-19 on a prolonged basis,” Gusman stated. ““In keeping with normal routine, we are dispensing soap and other toiletries to inmates and staff is directing inmates to wash their hands frequently. Inmates are also being shown training videos on handwashing and other steps they can take to stem the spread of the virus.”

Gusman stated that any inmate exhibiting symptoms would be held in quarantine in isolation cells.