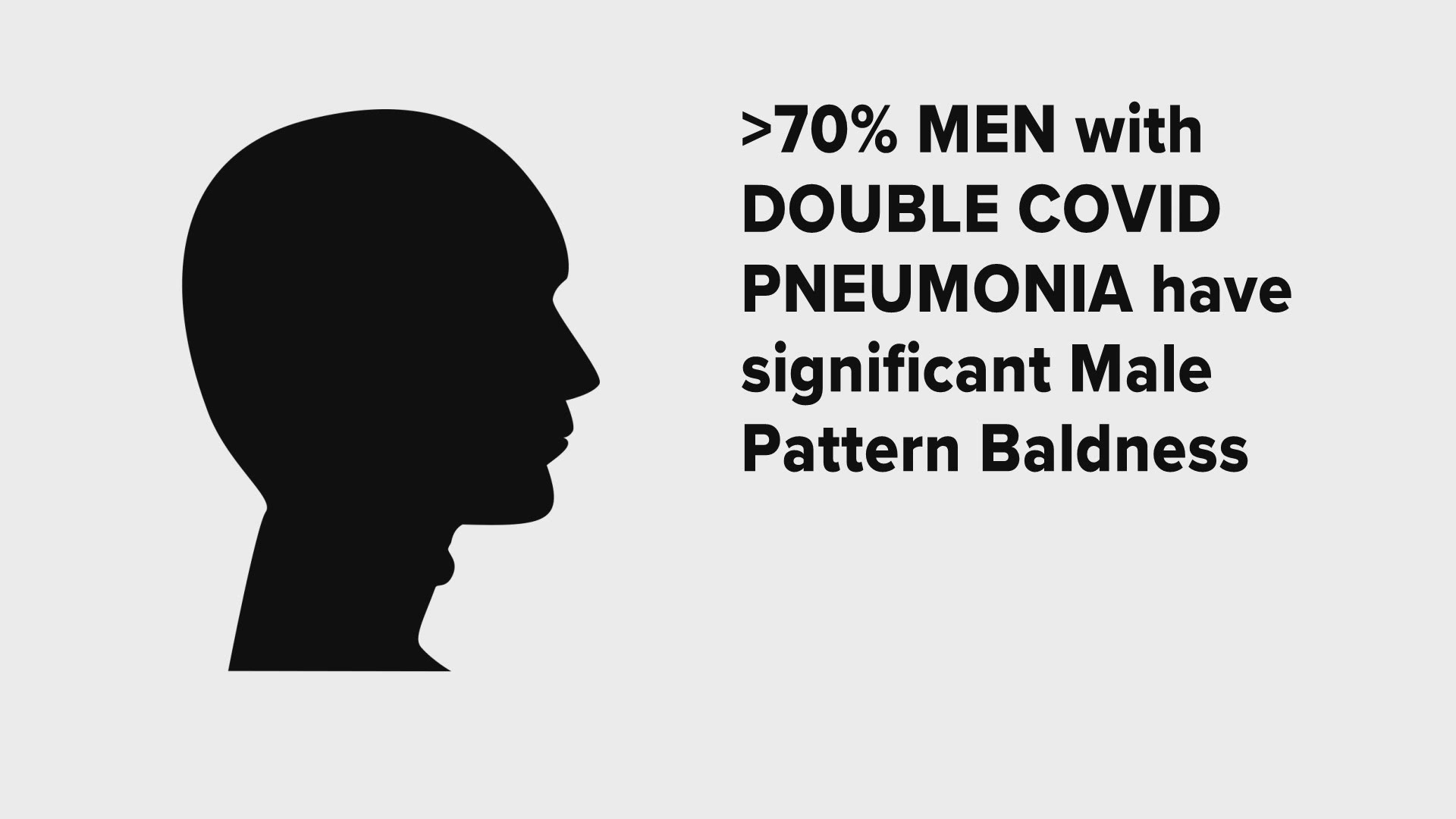 NEW ORLEANS — Doctors have been telling us who is at higher risk of severe and even deadly cases of COVID-19. We know that older people, those with diabetes, high blood pressure and obesity are at higher risk. But now doctors are finding a new potential risk factor that is going to surprise you -- your hair.

We often think of male pattern hair thinning and baldness as a cosmetic issue, but not to doctors. They know it’s an outward sign of your genetics, specifically that your male hormone receptors are more active or sensitive.

"Usually men with hair loss or balding, have normal androgen levels. It’s just that genetically their hair follicles are more sensitive to those circulating levels," explained Hair Transplant Surgeon Dr. Nicole Rogers of Hair Restoration of the South in Metairie.

But now doctors are asking, could this be a clue as to why children before puberty seem to be at low risk for severe COVID-19, while adult men are at higher risk of dying from it than women are?

"When they looked at a group of 5,700 cases in New York, there were six times more male fatalities than female fatalities," she said quoting a study.

Dermatologist, Dr. Nicole Rogers says in a preliminary observation, doctors in Spain have uncovered that while only 30-to-50 percent of men in the general population have male pattern baldness, more than 70 percent of the men with double COVID pneumonia, had that same significant hair loss.

"What that has suggested to these researchers is that androgens, or male hormones, definitely seem to play some kind of a role here, and in particular androgen sensitivity," Dr. Rogers said.

And Dr. Rogers says there are similar patterns found in the genes of men with sensitive male hormone receptors that are also found in African-Americans. Doctors ask, could that partially explain why hospitals are seeing this illness take a higher toll on African-Americans?

So while research continues, Dr. Rogers has this advice.

"Men, in general, need to be more careful about doing everything they can to avoid contracting this virus."

There are no studies yet, but it raises the question, could anti-hormone medicines used to help treat hair loss, acne and prostate problems be tested to see if they would help with COVID-19?

RELATED: Here's how to make your own face mask if you don't have a sewing machine