It's beginning to look like a troubling trend in Louisiana's fight against the coronavirus. 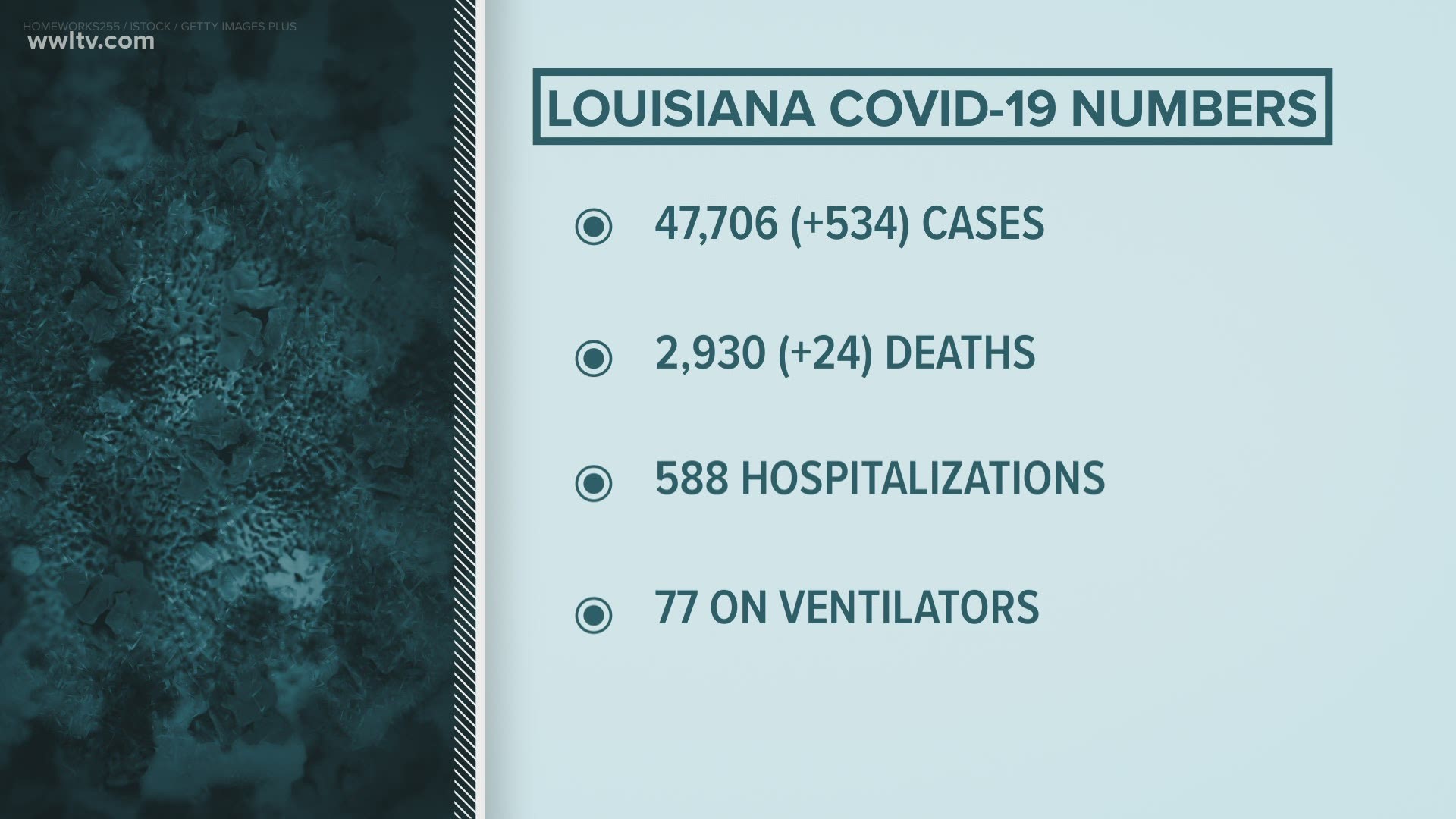 NEW ORLEANS — Hospitalizations due to the coronavirus disease in Louisiana rose for the third straight day Tuesday, the first time the state has reported a three day rise of patients since the height of the outbreak there in April.

According to the Louisiana Department of Health, there are now 588 patients in hospitals across the state with COVID-19, an increase of 20 patients compared to Monday's update. That total is also 40+ patients more than the lowest level recorded (542), which was reported Saturday.

Tuesday's report from the LDH marked the first time Louisiana had reported three straight days of an increasing total of patients in the hospital with the disease since April 13.

It may still be too soon to determine if the rising total of hospitalizations is just temporary or part of a new trend. Texas and nearly 20 other states have reportedly seen a new surge in the virus after lifting coronavirus restrictions. Health experts say mass gatherings for protests could also likely play a role in the spread of the virus.

Louisiana reopened its economy on May 15 and then entered phase two of reopening on June 5. New Orleans began its own version of phase two on 13.

Louisiana COVID-19 hospitalizations peaked on April 13, with 2,134 patients statewide. That amount threatened the capacity of ICU beds and regular beds in Louisiana's hospitals but began to improve each week, reaching below 500 in early June.

RELATED: Coronavirus death rate is higher for those with chronic illnesses