He spent three and a half weeks on a ventilator in ICU, police said. 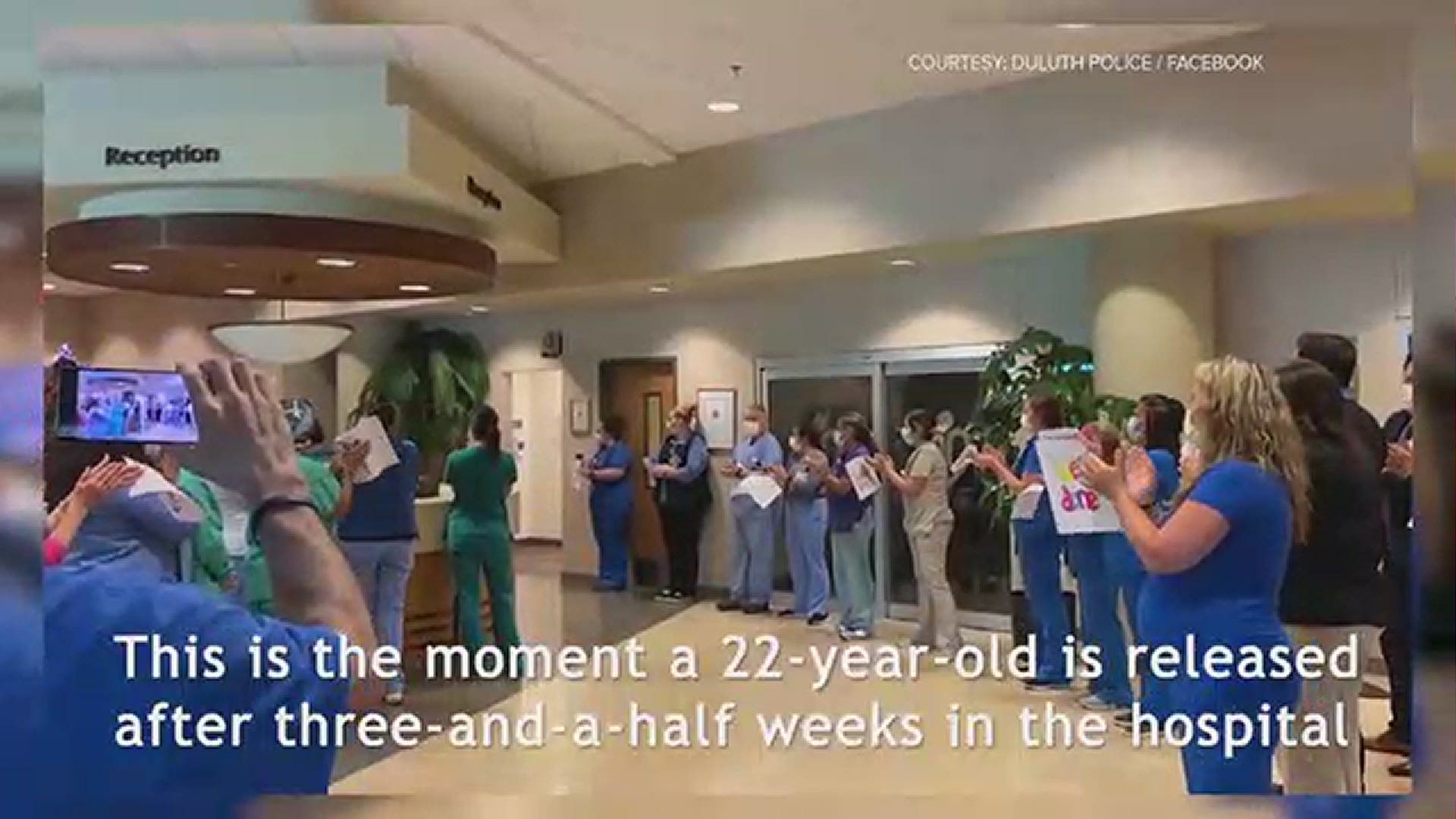 DULUTH, Ga. — COVID-19 continues to be a baffling illness that health experts tackle everyday. But it's the stories of survival and support that turns the bleak moments in the fight into hopeful ones.

An example of that is the heartwarming moment 22-year-old Michael Mullininx was released from the hospital.

Duluth Police posted a video on its Facebook page showing nurses clapping and cheering as Mullininx approached the lobby and front door in a wheelchair.

Police told 11Alive that his mother reached out to them, telling them that her son was being released from Northside Hospital Duluth. He had been a patient for three and a half weeks battling COVID-19 and was in the intensive care unit on a ventilator, police said.

The police department gladly went to the hospital to show support.

After three-and-a-half weeks on a ventilator, Michael, who contracted COVID-19 was released from Northside Hospital Duluth. Nurses and #DPD helped celebrate him overcoming his lengthy and hard battle against the virus. Way to go, Michael!

As Mullininx passed by the nurses, you can see that he is overwhelmed with joy during the touching moment.

And once he reached the door - Duluth officers showed their support by activating the lights and sirens of their patrol cars.

The video ends with this message from Duluth Police:

"To the ones that may be fighting COVID-19, like Michael, we hope this brings you motivation during your fight."