“Honestly like I wish I had kind of gotten it a little sooner. I feel like I waited so long and like the numbers are spiking again and everything.” 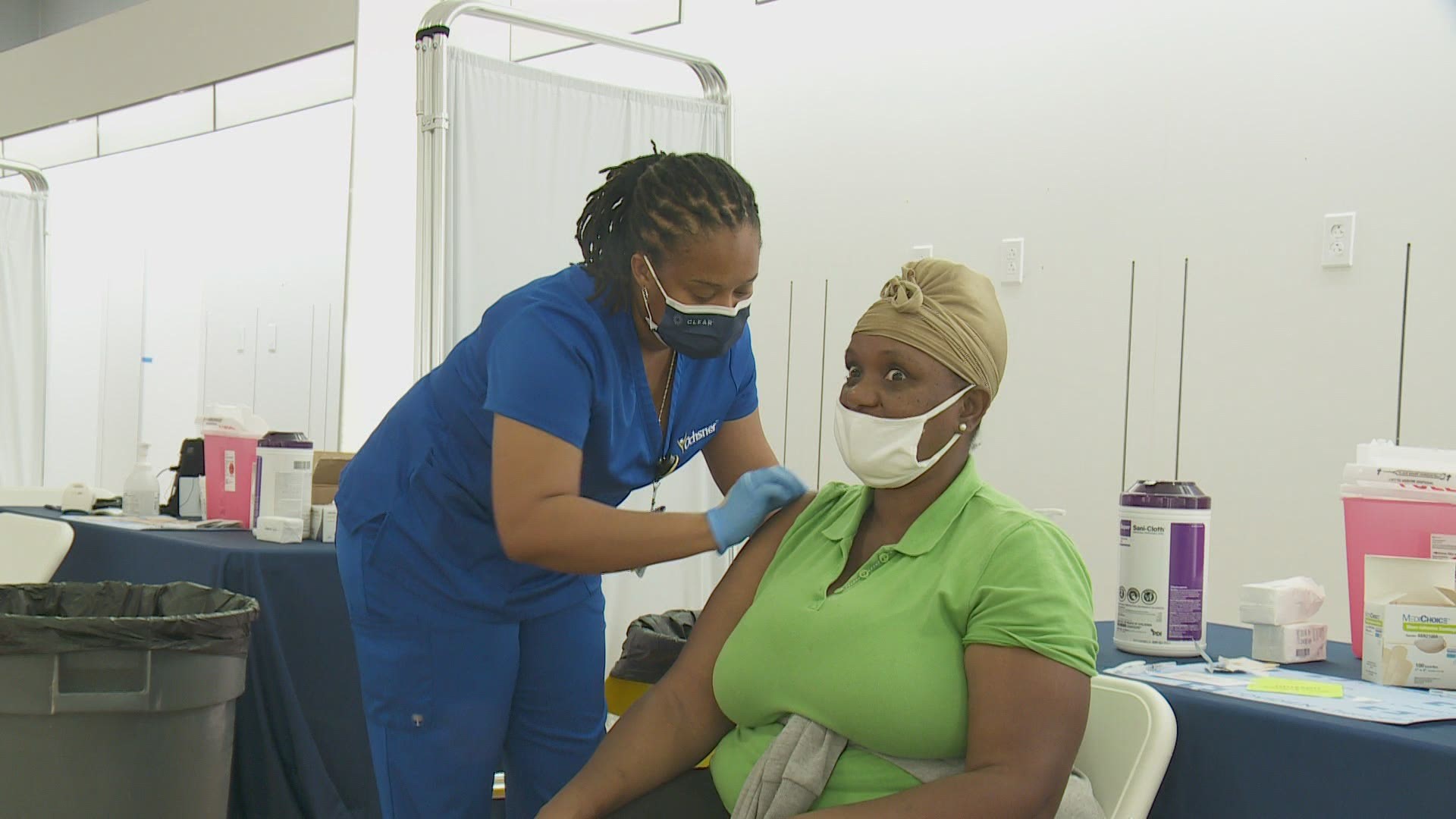 JEFFERSON PARISH, La. — Across the city, the demand to get a COVID vaccine has jumped. People said it's the fear of catching the Delta variant.

You may remember Wednesday, Ochsner doctors told us requests for COVID vaccines are increasing by 10 to 15 percent.

And now several other vaccine sites and drug stores are seeing that same higher demand.

People have a few reasons they are being persuaded to get the vaccine now.

When the Ochsner three-day vaccine clinic opened its doors Thursday morning, 20 people were waiting in line. Jacqueline Lumpkin said it was convenience and delta variant surge that persuaded her.

“I heard a lot of stuff in the media and the President, so I was like, ‘OK, it's time,’” said newly vaccinated Jacqueline Lumpkin.

A 24-year-old man who works in the mall said he waited until now because he wanted to see first if others got side effects.

“Because I feel like the medicine is better now than when it first come out,” said the just-vaccinated man who did not want to give his name.

A special-needs teen got his vaccine because his mom wanted him to be safer in school. He sang a Stevie Wonder song to calm his injection anxiety as the nurse gave him his vaccine.

And there's not only been an uptick in people coming to get vaccinated at the Ochsner site in Oakwood Shopping Center,  but LCMC hospitals report that calls to schedule a vaccine have almost tripled.

The same thing is happening at Majoria Drug Store on Metairie Road and Bonnabel Blvd. Calls to schedule a COVID shot have more than doubled.

“We were doing four, maybe five a day, and just in this past week it's more than doubled. The phones are ringing. People want to make appointments. There are people who have said, would come in and say, ‘Listen, I didn't want to get this thing, but I'm watching the news. I'm watching what's going on.
I think I need to get it,’” said Pharmacist Al Spitale.

One man who just got the shot and didn’t want to be identified had this to say.
“Honestly like I wish I had kind of gotten it a little sooner. I feel like I waited so long and like the numbers are spiking again and everything.”

LSU Health is seeing the same rise in vaccine requests.

“In the past two weeks, we've seen a significant increase in interest in the vaccine, where we'd have three people a day, now we're having 27, said LSUHSC Vaccine Coordinator Tracy Bourg.

People are telling the nurses the Delta variant is scaring them, school's about to start, and they are seeing proof that the vaccine is effective since most people in the hospitals are not vaccinated. They waited to see if there were side effects in others. And it's others who are also protected by your vaccine.

The vaccine site at Oakwood runs through Saturday during mall hours.